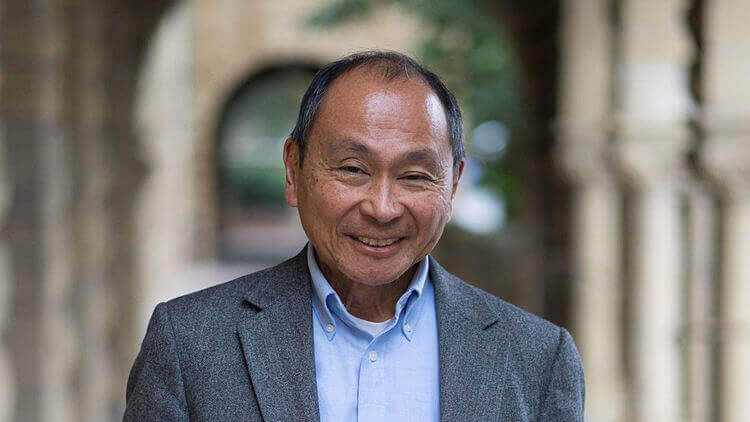 WEST LAFAYETTE, Ind. — Political theorist Francis Fukuyama will discuss personal identity and its relationship to the current political climate when he visits Purdue on April 16 to present the inaugural Jack Miller Center Lecture.

“Giant Leaps Series: Identity Politics and the Future of Democracy” is an armchair discussion with Purdue President Mitch Daniels at 6:30 p.m. in Stewart Center’s Fowler Hall. This event, which is free and open to the public, is presented by the College of Liberal Arts and the Department of History.

Fukuyama is a best-selling author, senior fellow at the Freeman Spogli Institute for International Studies and the Mosbacher Director of the Center on Democracy, Development and the Rule of Law at Stanford University. Fukuyama’s books have been recognized as a New York Times Notable Book and Best Book of the Year. His book “The End of History and the Last Man” has appeared in over 20 foreign editions. His latest release is titled “Identity: The Demand for Dignity and the Politics of Resentment” and examines modern identity politics.

The event is a part of Purdue’s Giant Leaps Series celebrating 150 Years of Giant Leaps. This yearlong celebration is highlighting Purdue’s remarkable history of giant leaps, while focusing on what giant leaps Purdue can take to address the world’s problems.