Purdue professor elected a fellow of National Academy of Inventors 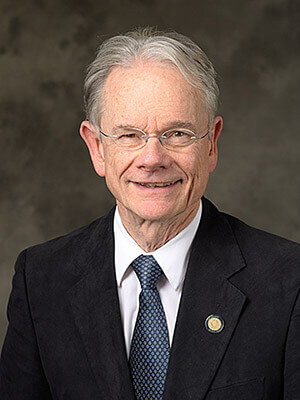 WEST LAFAYETTE, Ind. — Mark Cushman, a distinguished professor of medicinal chemistry in Purdue’s College of Pharmacy, has been elected a fellow of the National Academy of Inventors.

Fellows of the NAI are inventors on U.S. patents who have been nominated by their peers for outstanding contributions in patents and licensing, noteworthy discovery, significant effect on society, and support and enhancement of innovation.

According to the NAI, “Election to NAI Fellow status is the highest professional accolade bestowed solely to academic inventors who have demonstrated a prolific spirit of innovation in creating or facilitating outstanding inventions that have made a tangible impact on quality of life, economic development and welfare of society.”

In 1977, Cushman created an organic compound in his lab at Purdue. It was an undesired byproduct formed during the synthesis of a natural product with anti-leukemic activity.

Today, more than 500 structural analogues of that byproduct have been synthesized, and three of them are now in clinical trials at the National Cancer Institute. They have the potential to become mass-produced, life-saving treatments for cancer patients.

“Seeing the results of our research make it to clinical trials, and potentially saving lives, is extremely gratifying,” Cushman said. “The odds of a drug reaching the clinic from a medicinal chemist's laboratory are very slim, so I am honored for this to happen with three of our anticancer drugs, and to be recognized by the National Academy of Inventors for my research.”

In 2012, Cushman was named a fellow of the American Association for the Advancement of Science, the world's largest general scientific society, for his outstanding contributions to medicinal chemistry and drug discovery.

He was inducted into the Purdue Innovators Hall of Fame in 2016 and selected as a highly prolific author by the Journal of Medicinal Chemistry in 2017, among many other awards throughout his career. He has published more than 340 articles and serves as associate editor of the Journal of Medicinal Chemistry. Cushman holds 31 U.S. patents and eight foreign patents that have been licensed to three companies.