Playing chess in a world made for checkers

WEST LAFAYETTE, Ind. — Businesses of the past operated like a rookie playing darts, throwing something and hoping it sticks. 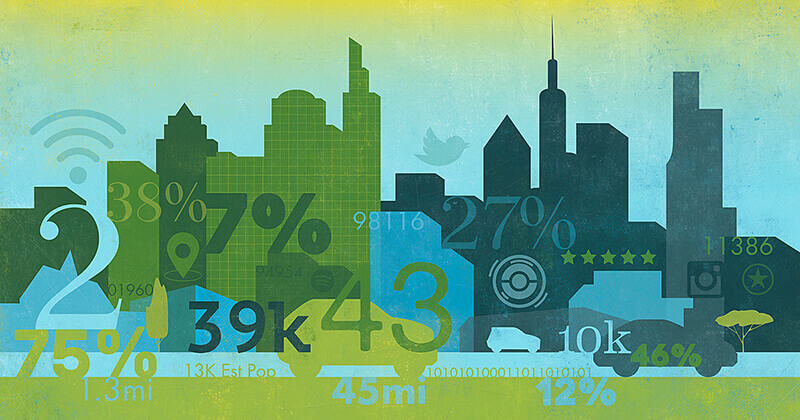 The explosion of big data, automation and machine learning has allowed today’s businesses to understand humans at an instinctual level, predicting their behavior before it happens, like an expert chess player anticipating well in advance his or her opponent’s next move. (Illustration by Traci Daberko) Download image

But the explosion of big data, automation and machine learning have allowed today’s businesses to understand humans at an instinctual level, predicting their behavior before it happens, like an expert chess player anticipating well in advance his or her opponent’s next move.

“We previously were designing products to the extent that humans adapted to the them,” said Karthik Kannan, the Thomas Howatt Chaired Professor in Management and director of the Business Information and Analytics Center at Purdue University’s Krannert School of Management. “Instead, we are increasingly at the age where we deliver products that can adapt to humans, emphasizing human-centered design much more.”

The ways in which humans behave often is shaped at the subconscious level, said Kannan, who researches how products, policies and processes can be designed to appeal to human instincts. In his research, he has identified how one instinctual behavior in which humans cooperate for their mutual benefit, known by researchers as reciprocity, has helped and hurt businesses in the retail sector. 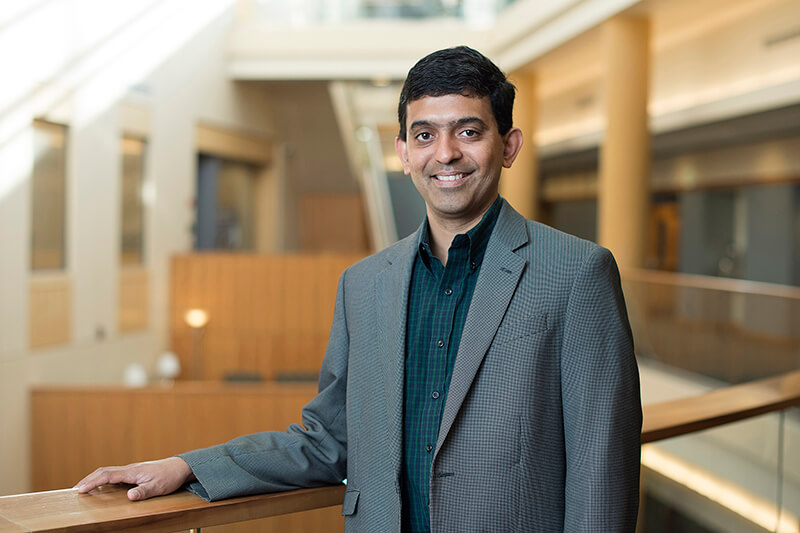 Karthik Kannan, the Thomas Howatt Chaired Professor in Management and director of the Business Information and Analytics Center at Purdue University’s Krannert School of Management, studies how products, policies and processes can be designed for human instincts. (Purdue University photo) Download image

“If you’re getting paid from a review platform to write reviews, you may be happy and may end up giving better star ratings to the products because of reciprocity,” he said. “In fact, that may work against the review platform as it wants a clearer representation of the products for other customers on the platform. These phenomena need to be understood and included when companies design such engagements.”

In a different study, Kannan and co-authors Vandith Pamuru and Khern-am-nuai found that restaurants near “PokéStops,” virtual locations in the augmented reality game Pokemon Go, enjoyed a higher number of customers and were able to charge higher prices.

“Pokémon Go is one of the scenarios where the physical world we live in collides with the virtual world we interact with in a manner that impacts a company’s bottom-line, affecting profitability, ratings and foot traffic,” he said. “This is another situation where the instinctual appeal from the game has a real world consequence to a business.”

This new way of thinking also could revolutionize transportation, public safety and political campaigns, just to name a few examples, Kannan said. But one doesn’t have to look far to see how it can be leveraged for divisive or nefarious purposes, he added.

The viral video of an encounter between a Native American elder and Covington Catholic High School students in Washington, D.C., originally was posted out-of-context by a fake Twitter account, which later was suspended for “attempts to manipulate the public conversation,” a Twitter spokesperson told CNN.

“Politics is one of the domains that has become much easier to fan the flames of public passion using data and technology in conjunction with instinctual appeal,” he said. “It shows you how one person or a small group of people can influence the viewpoints of millions. There is a general trend toward using instinctual appeal in many organizations.”

From gamification to social media, many of us already are instinctually engaged with companies, Kannan said.

“Some products like WhatsApp have been built successfully around instinctual appeal,” he said. “Many other companies are starting to understand how to incorporate this way of thinking. Our research interest is to not only make academic contributions, but also to provide impactful insights for businesses. So we continue to be interested in working with companies.”

This research aligns with Purdue’s Giant Leaps celebration, acknowledging the university’s global advancements made toward artificial intelligence, algorithms and automation as part of Purdue’s 150th anniversary. This is one of the four themes of the yearlong celebration’s Ideas Festival, designed to showcase Purdue as an intellectual center solving real-world issues.