In developing nations, national parks could save endangered species 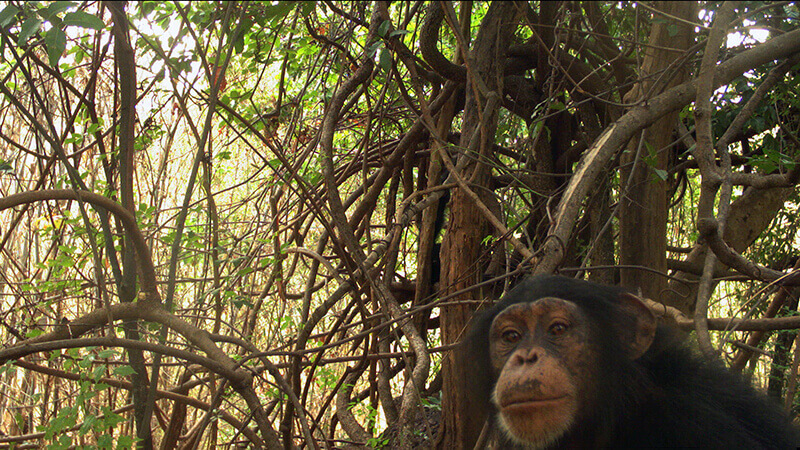 WEST LAFAYETTE, Ind. — The West African chimpanzee population has declined by nearly 80 percent in recent decades. Habitat loss is threatening their livelihoods across the continent, and especially in Senegal, where corporate mining has started eating up land in recent years.

The geographical distribution of West African chimps overlaps almost perfectly with gold and iron ore deposits, and unfortunately for the chimps, mining is a key piece of the country’s development strategy, said Stacy Lindshield, a biological anthropologist at Purdue University.

Extractive industries are already improving people’s livelihoods and promoting investment and infrastructure development, and researchers are trying to find a way to protect Senegal’s chimps without surrendering these benefits. Many of Earth’s animal species are now dying off at accelerated rates, but as human’s closest living relatives, they tend to tug at our heart strings. Chimps are scientifically important, too – because they participate in collective activities such as hunting and food-sharing, they’re often studied by social science researchers.

A new study of animal populations inside and outside a protected area in Senegal, Niokolo-Koba National Park, shows that protecting such an area from human interaction and development preserves not only chimps but many other mammal species. The findings were published in the journal Folia Primatologica.

“We saw the same number of chimpanzee species inside and outside the park, but more species of carnivores and ungulates in the protected area,” Lindshield said.

Although habitat loss is the biggest threat to West African chimps, they’re sometimes killed for meat. This is uncommon in Senegal, where eating chimpanzee meat is a taboo – people think chimps are too similar to humans to eat. But this isn’t the case in other West African countries, where researchers might see a bigger difference in chimp populations inside and outside protected areas. National parks could be especially effective at protecting chimps in these nations.

The difference in the number of species of carnivores and hooved animals (known as ungulates), inside and outside the park was stark – their populations were 14 and 42 percent higher in the park, respectively. This is in sharp contrast with what Lindshield was hearing on the ground in Senegal: There’s nothing in the park; all the animals are gone.

“There were qualitative and quantitative differences between what people were telling me and what I was seeing in the park,” she said. “Niokolo-Koba National Park is huge, and the area we study is nestled deeply in the interior where it’s difficult for humans to access. As a consequence, we see a lot of animals there.”

Hunting practices and human-carnivore conflict are two big reasons for ungulates thriving inside the park. These animals are frequently targeted by hunters, and some carnivore species turn to livestock as a food source when their prey species are dwindling, creating potential for conflict with humans. Because the two sites are relatively close geographically and have similar grassland, woodland and forest cover, the researchers think human activity is the root of differences between the two sites.

“We’re engaging in basic research, but it’s crucial in an area that’s rapidly developing and home to an endangered species,” Lindshield said. “This provides evidence that the protected area is effective, at least where we are working, counter to what I was hearing from the public. The management of protected areas is highly complex. Myriad challenges can make management goals nearly impossible, such as funding shortfalls or lack of buy-in from local communities, but I think it’s important for people to recognize that this park is not a lost cause; it’s working as it’s intended to at Assirik, especially for large ungulates and carnivores.”

Lindshield hopes her future studies will uncover not only which species exist in each site, but population sizes of each species. This metric, known as species evenness, is a key measure of biodiversity.

Her work aligns with Purdue’s Giant Leaps celebration, acknowledging the university’s global advancements made in health, space, artificial intelligence and sustainability as part of Purdue’s 150th anniversary. Those are the four themes of the yearlong celebration’s Ideas Festival, designed to showcase Purdue as an intellectual center solving real-world issues.

Updated information on critically endangered western chimpanzees (Pan troglodytes verus) in Senegal is urgently needed, given that gold mining is rapidly transforming landscapes and livelihoods. Specifically, biodiversity assessments will better elucidate chimpanzee extinction risk here and yield baselines for monitoring. We compared mammal species richness between Fongoli (unprotected) and Assirik in Niokolo-Koba National Park to assess the efficacy of the only nationally protected area where chimpanzees range in this country. The primary habitat difference between these sites was the degree of human activity. Although Assirik and Fongoli had similar mammal assemblages and were equivalent in primate species richness, the protected area was higher in species richness overall, particularly for ungulates and carnivores. The protected status and management plan of Niokolo-Koba almost certainly resulted in fewer mammal extinctions. In unprotected areas, the flexible behavioural responses of chimpanzees to human-driven landscape dynamics is likely essential to their long-term survival. Furthermore, the near absence of chimpanzee-killings in this country greatly facilitates conservation efforts. Given that mineral extraction is a key development strategy in Senegal, we encourage primatologists to collaborate with mining stakeholders to ensure that sustainability programming include contributions from experts in savannah chimpanzee behaviour and ecology.