'Immunizing' quantum bits so that they can grow up 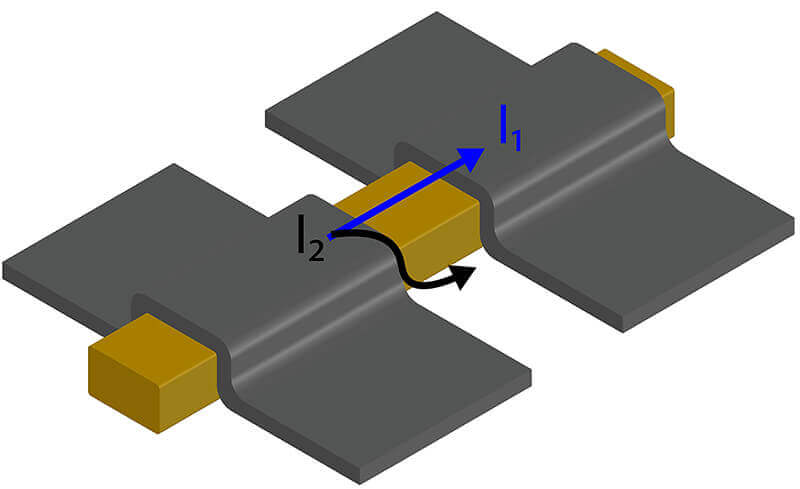 A new material could "immunize" topological quantum bits so that they are resilient enough for building a quantum computer. (Purdue University image/Morteza Kayyalha) Download image

WEST LAFAYETTE, Ind. — Quantum computers will process significantly more information at once compared to today's computers. But the building blocks that contain this information – quantum bits, or "qubits" – are way too sensitive to their surroundings to work well enough right now to build a practical quantum computer.

Long story short, qubits need a better immune system before they can grow up.

A new material, engineered by Purdue University researchers into a thin strip is one step closer to "immunizing" qubits against noise, such as heat and other parts of a computer, that interferes with how well they hold information. The work appears in Physical Review Letters.

The thin strip, called a "nanoribbon," is a version of a material that conducts electrical current on its surface but not on the inside – called a "topological insulator" – with two superconductor electrical leads to form a device called a "Josephson junction."

In a quantum computer, a qubit "entangles" with other qubits. This means that reading the quantum information from one qubit automatically affects the result from another, no matter how far apart they are. 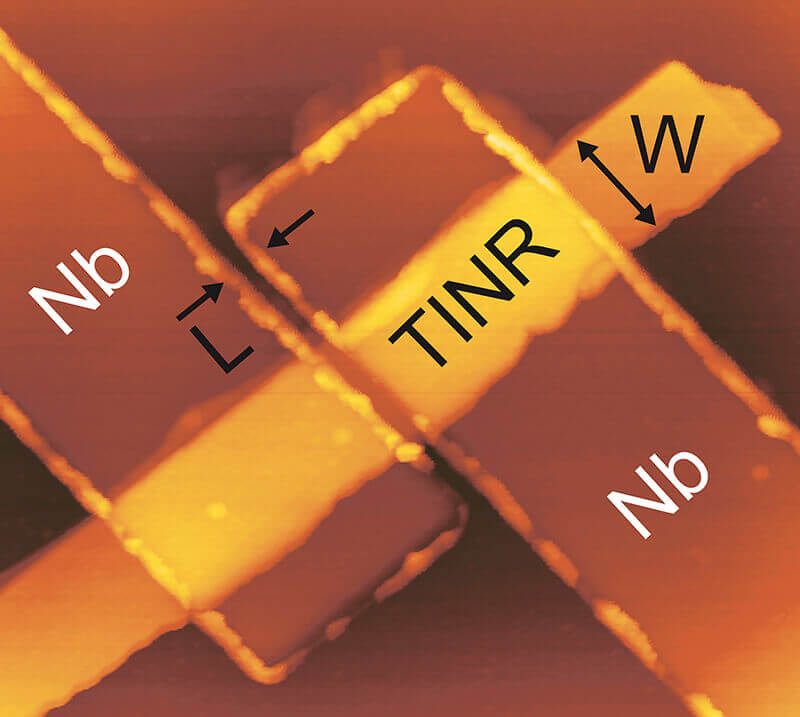 Without entanglement, the speedy calculations that set apart quantum computing can't happen. But entanglement and the quantum nature of the qubits are also sensitive to noise, so they need extra protection.

A topological-insulator nanoribbon Josephson junction device is one of many options researchers have been investigating for building more resilient qubits. This resilience could come from special properties created by conducting a supercurrent on the surface of a topological insulator, where an electron's spin is locked to momentum.

The problem so far is that a supercurrent tends to leak into the inside of topological insulators, preventing it from flowing completely on the surface.

To get more resilient, topological qubits need supercurrents to flow through the surface channels of topological insulators.

"We have developed a material that is really clean, in the sense that there are no conducting states in the bulk of the topological insulator," said Yong Chen, a Purdue professor of physics and astronomy and of electrical and computer engineering, and the director of the Purdue Quantum Science and Engineering Institute, which is housed at Purdue University’s Discovery Park. "Superconductivity on the surface is the first step for building these topological quantum computing devices based on topological insulators."

Morteza Kayyalha, a former Ph.D. student in Chen's lab, could show that the supercurrent wraps all the way around the new topological insulator nanoribbon at temperatures 20 percent lower than the "critical temperature," when the junction becomes superconducting. The experiment was conducted in collaboration with the lab of Leonid Rokhinson, a Purdue professor of physics and astronomy.

"It's known that as the temperature lowers, the superconductivity is enhanced," Chen said. "The fact that much more supercurrent flowed at even lower temperatures for our device was evidence that it is flowing around these protective surfaces."

We report anomalous enhancement of the critical current at low temperatures in gate-tunable Josephson junctions made from topological insulator BiSbTeSe2 nanoribbons with superconducting Nb electrodes. In contrast to conventional junctions, as a function of the decreasing temperature T, the increasing critical current Ic exhibits a sharp upturn at a temperature T∗ around 20% of the junction critical temperature for several different samples and various gate voltages. The Ic vs Tdemonstrates a short junction behavior for T>T∗, but crosses over to a long junction behavior for T<T∗ with an exponential T dependence Ic∝exp(−kBT/δ), where kB is the Boltzmann constant. The extracted characteristic energy scale δ is found to be an order of magnitude smaller than the induced superconducting gap of the junction. We attribute the long-junction behavior with such a small δ to low-energy Andreev bound states arising from winding of the electronic wave function around the circumference of the topological insulator nanoribbon.