WEST LAFAYETTE, Ind. – Idling in a long highway line of slowed or stopped traffic on a busy highway can be more than an inconvenience for drivers and highway safety officers.

It is one of the most vulnerable times for “secondary accidents,” which often can be worse than an original source of the slowdown, according to the U.S. Department of Transportation’s Federal Highway Administration. In fact, secondary crashes go up by a factor of almost 24 during the time that highway safety officials are assessing and documenting the crash site. 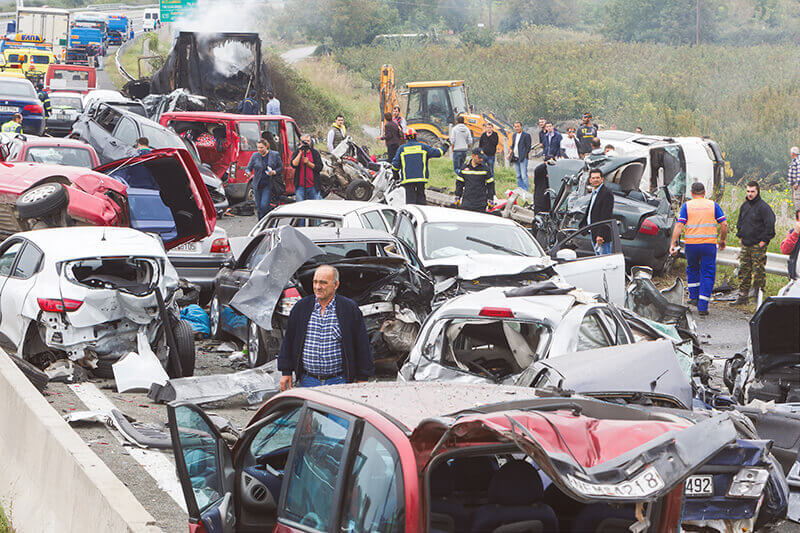 In 2016, there were more than 7 million police-reported traffic crashes in which 37,461 people were killed and an estimated 3,144,000 were injured, according to the U.S. Department of Transportation National Highway Traffic Safety Administration. Crash assessments could be safer, faster and more accurate through a Purdue-developed drone technology. (Stock Photo)

In 2016, there were more than 7 million police-reported traffic crashes in which 37,461 people were killed and an estimated 3,144,000 were injured, according to the U.S. Department of Transportation National Highway Traffic Safety Administration.

“It’s the people at the back of the queue where you have traffic stopped who are most vulnerable and an approaching inattentive driver doesn’t recognize that traffic is stopped or moving very slowly until it is too late,” said Darcy Bullock, the Lyles Family Professor of Civil Engineering and Joint Transportation Research Program director at Purdue University. “The occurrence of these secondary crashes can be reduced by finding ways to safely expedite the clearance time of the original crash.”

Conventional mapping a severe or fatal crash can take two to three hours depending on the severity of the accident, according to Bullock.

“Our procedure for data collection using a drone can map a scene in five to eight minutes, allowing public safety officers to open the roads much quicker after an accident,” said Ayman Habib, Purdue’s Thomas A. Page Professor of Civil Engineering, who developed the photogrammetric procedures and envisions even more uses for the technology. 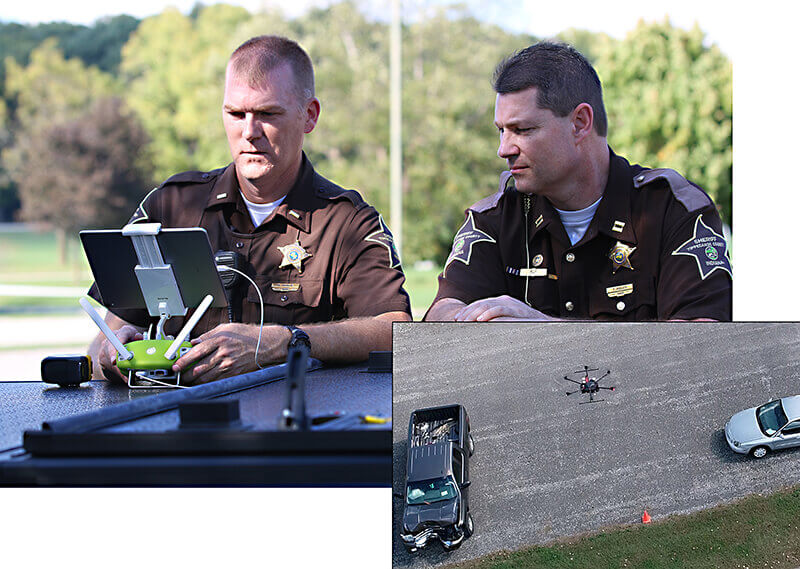 The technology is already in use. The Tippecanoe County Sheriff’s Office used drones to map crash scenes 20 times in 2018 and another 15 times in the same year to support specialty law enforcement teams throughout Tippecanoe County and in neighboring counties and jurisdictions.

“Overall, it can cut 60 percent off the down time for traffic flow following a crash,” said Capt. Robert Hainje of the Tippecanoe County Sheriff’s Office.

Bullock, Habib and colleagues from Tippecanoe County Sheriff’s Office presented their findings on Jan. 14 at the annual Transportation Research Board meeting in Washington, D.C., in the “Traffic Law Enforcement: Innovative Tools, Policy and Countermeasures for Law Enforcement Safety” session. A video about the technology can be viewed here.

“The collaboration with Purdue faculty and students has been tremendously effective in helping our law enforcement, first responders and special teams,” Hainje said. “The drone technology with the thermal imaging capability helps with all types of emergencies such as search and rescue, aerial support over water for diver teams or in wooded areas and for fugitive apprehension.” 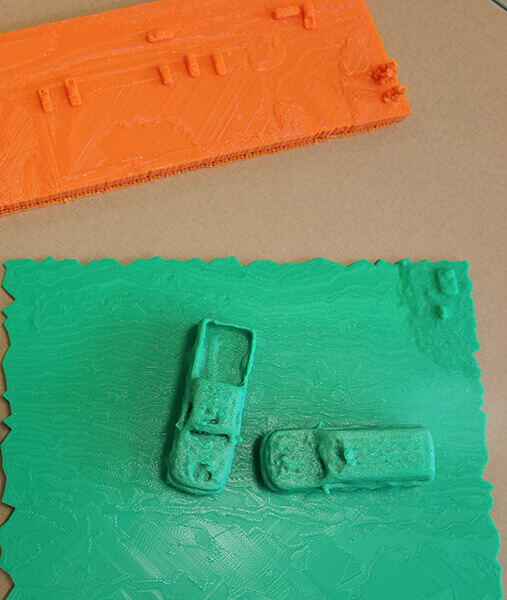 John Bullock, a sophomore in the School of Mechanical Engineering and research assistant on the project, worked with local public safety colleagues to develop field procedures and post processing of images to create orthorectified images that clearly illustrate the position of vehicles, infrastructure and general terrain adjacent to the crash site. The drones are programmed to use a grid-type path and record about 100 photos in two-second intervals. This post processed data is used to develop an accurate scale map that with photos at the scene provides enough data to create a 3D print of the scene.

“The technology is so much faster than traditional ground-based measurements and provides a much better comprehensive documentation that it opens up all different kinds of research,” Habib said. “It can provide high-quality maps, imagery, and models for post-crash investigation by engineers and public safety officials. This technology has many other civil engineering applications beyond crash scene mapping and can be used to estimate the volume of material needed or used for a construction project within a couple of percentage points.

“It is very rewarding to see how this technology can be used to improve safety by reducing secondary crashes and exposure of colleagues to the hazards of working adjacent to highway traffic.”

Note to Journalists: A YouTube video describing the research is available at https://youtu.be/LwwsUHu78t8. Other multimedia materials are available on Google Drive at http://bit.ly/drone-research-media​. The materials were prepared by Erin Easterling, digital producer for the Purdue College of Engineering, 765-496-3388, easterling@purdue.edu.