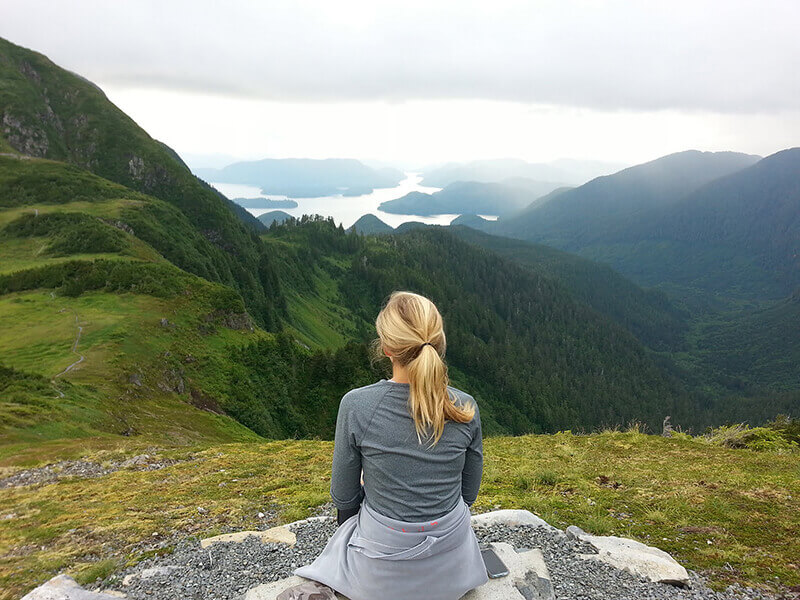 
WEST LAFAYETTE, Ind. – Some ecologists believe that species richness is positively related to ecosystem productivity, while others conclude that the relationship is bell-shaped or they are unrelated. Using big data, Purdue University scientists now know which theory is correct - all of them.

Biodiversity-productivity relationships would be useful to natural resource managers who want to promote timber production or forest conservation. Some studies show a positive relationship between the number of species present and the productivity in an ecosystem. Others, however, show no correlation or a bell shape, in which productivity increases with biodiversity until a point at which more species lead to a decline. Those studies, however, have often looked at a relatively small number of plots in limited spatial extent. 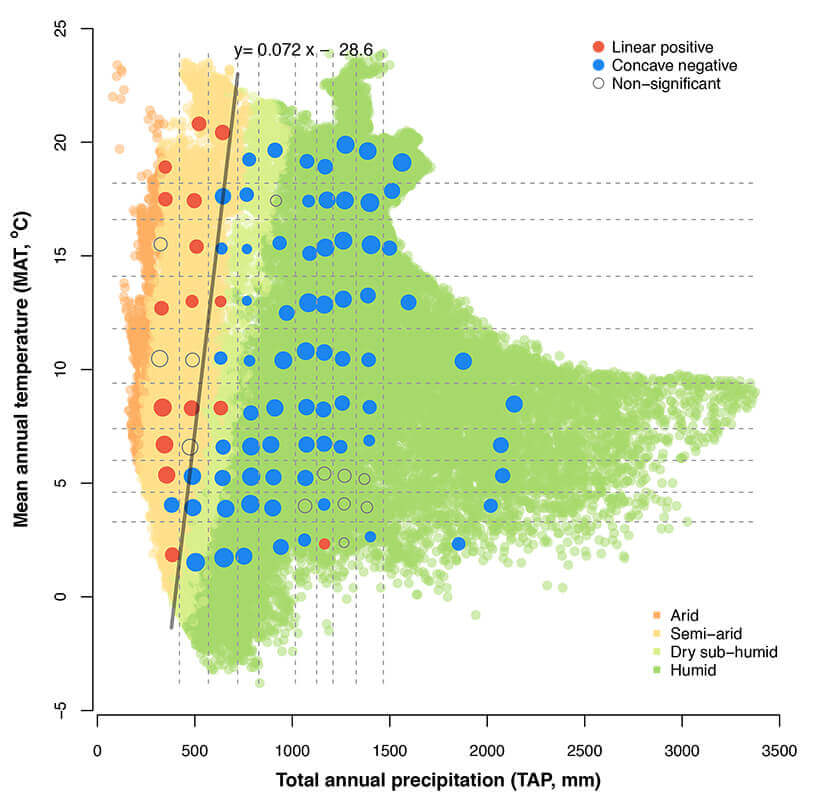 Forests in dry, warm climates show a positive linear relationship between biodiversity and productivity, meaning the forest becomes increasingly productive as more species are introduced. As humidity rises, the relationship changes and productivity rises and then declines as species richness increases. Download image

Songlin Fei, a forest ecologist in Purdue’s Department of Forestry and Natural Resources, analyzed U.S. Forest Inventory and Analysis plant data from 2012-16 that included species composition, diameter, height, age and other attributes from more than 115,000 forest plots from the 48 contiguous states. Findings, reported in the journal Nature Communications, reveal that relationships between biodiversity and forest productivity depend strongly on climate.

“There have been quite contradictory and inconsistent results reported on the relationships between biodiversity and productivity. Now we have an explanation,” Fei said. “In a sense, everyone was right, but it depended on their climates.”

Fei and colleagues from the United States, Sweden, China and New Zealand demonstrate that there is a positive biodiversity-productivity relationship in dry, especially warm climates. In those places, productivity increases along with species richness.

The findings are important for management, restoration and conservation of forests, many of which provide important ecosystem services but are threatened by deforestation, climate change and invasive species. 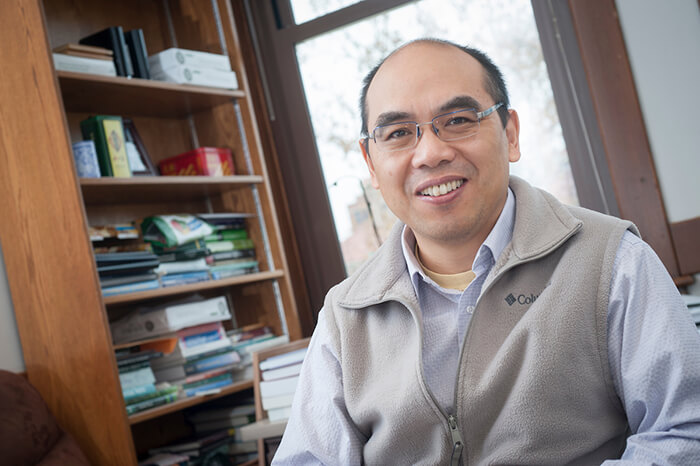 “This shows that we cannot have a one-size-fits-all approach to managing forests,” Fei said. “Depending on the climate, tradeoffs may need to be made when managing for species diversity or productivity. This helps to conduct localized precision forest management practices.”

Fei added that climate change should also be considered when making these management decisions. A cool, wet forest today could look much different in the coming decades.

“Maybe you used to be able to increase both biodiversity and productivity in a given forest, but that could change,” Fei said. “Climate change is going to push these forests into a different climate zone, potentially changing the biodiversity-productivity relationship.”

The study was partially funded by the National Science Foundation and a U.S. Department of Agriculture’s McIntire-Stennis grant.

Impacts of climate on the biodiversity-productivity relationship in natural forests

Understanding biodiversity-productivity relationships (BPRs) is of theoretical importance, and has important management implications. Most work on BPRs has focused on simple and/or experimentally assembled communities, and it is unclear how these observed BPRs can be extended to complex natural forest ecosystems. Using data from over 115,000 forest plots across the contiguous United States, we show that the bivariate BPRs are positive in dry climates and hump-shaped in mesic climates. When considering other site characteristics, BPRs change to neutral in dry climates and remain hump-shaped in humid sites. Our results indicate that climatic variation is an underlying determinant of contrasting BPRs observed across a large spatial extent, while both biotic factors (e.g., stand age and density) and abiotic factors (e.g., soil properties) can impact BPRs within a given climate unit. These findings suggest that tradeoffs need be made when considering whether to maximize productivity vs. conserve biodiversity, especially in mesic climates.