Acid reflux could cause death during epileptic seizures, study finds 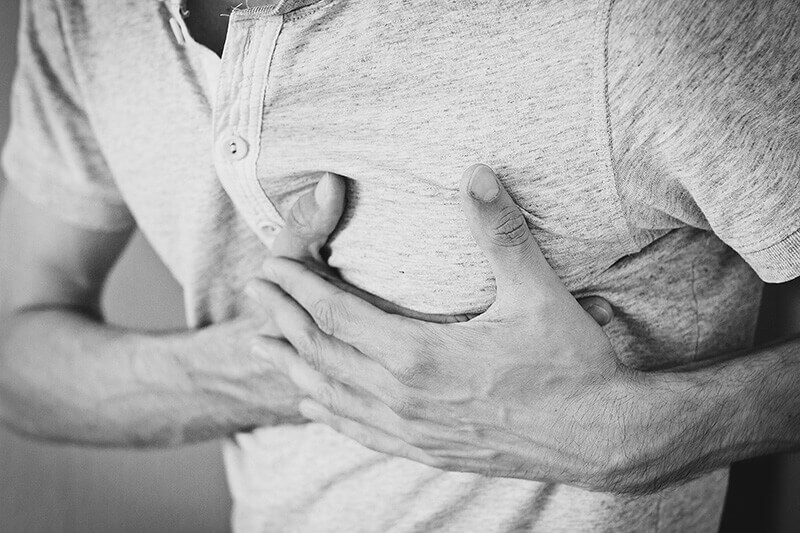 Then he woke up that night finding he couldn't breathe.

Terrified, Irazoqui sat up and tried to relax. Air suddenly returned to his lungs like nothing had happened.

After grabbing his phone and Googling like crazy, Irazoqui, a professor at Purdue University, discovered that what he had experienced was acid reaching his larynx, causing it to contract and cut off air flow. Sitting up pushes the acid back down to the stomach with the help of gravity.

A few years later, this episode inspired a possible explanation of why one in 1,000 adults with epilepsy dies suddenly during a seizure each year: acid reflux.

The study, led by Irazoqui's team at Purdue, found acid in the esophagus of animal models 100 percent of the time that they experienced sudden death during a seizure.

These findings propose another potential cause of death to investigate, as well as ideas for more targeted treatment. The team intends to start clinical trials this year on whether humans with epilepsy also experience acid reflux during a seizure.

The published paper appears in the December issue of Epilepsy Research.

While the sample size was small, the researchers have seen the same correlation in animals tested since this study.

"The moral of the story isn't just to not be a glutton: What if the mechanism of sudden death is not respiratory or cardiac – the two theories held at the moment – but all through the stomach?" said Irazoqui, who is the Reilly Professor of Biomedical Engineering and professor of electrical and computer engineering at Purdue.

Treatment, then, could involve a cranial nerve called the vagus, which controls acid production.

The vagus nerve splits into many branches below the diaphragm. One of those is the gastric branch to the stomach. When this nerve is stimulated, such as during a seizure, the stomach overproduces acid that could hit the valve to the larynx.

Because the animals did not experience acid reflux with an empty stomach, even though their seizures triggered a lot of acid production, a short-term solution to preventing death could be not eating after a certain time of night.

"An empty stomach might hold acid down. Since seizures almost always happen during sleep, maybe just not eating after 5 p.m. could do the trick. We're hoping to test this in humans," Irazoqui said.

A more reliable and long-term solution could be an implantable device that would block electrical activity in the gastric branch of the vagus nerve only during a seizure, preventing acid production from cutting off air flow.

Irazoqui's team has already built a prototype of this device and plans to test it in animals and humans. Their findings might also provide some insights into other unexplained mechanisms of death, such as sudden infant death syndrome.

The study was funded in part by a grant from the James Lewis Foundation through Epilepsy Research UK. This work aligns with Purdue's Giant Leaps celebration, acknowledging the university’s global advancements made in health, longevity and quality of life as part of Purdue’s 150th anniversary. This is one of the four themes of the yearlong celebration’s Ideas Festival, designed to showcase Purdue as an intellectual center solving real-world issues.

Recent research suggests that obstructive laryngospasm and consequent respiratory arrest may be a mechanism in sudden unexpected death in epilepsy. We sought to test a new hypothesis that this laryngospasm is caused by seizures driving reflux of stomach acid into the larynx, rather than spontaneous pathological activity in the recurrent laryngeal nerve.

We used an acute kainic acid model under urethane anesthesia to observe seizure activity in Long−Evans rats. We measured the pH in the esophagus and respiratory activity. In a subset of experiments, we blocked acid movement up the esophagus with a balloon catheter.

In all cases of sudden death, terminal apnea was preceded by a large pH drop from 7 to 2 in the esophagus. In several animals we observed acidic fluid exiting the mouth, sometimes in large quantities. In animals where acid movement was blocked, sudden deaths did not occur. No acid was detected in controls.

The results suggest that acid movement up the esophagus is a trigger for sudden death in KA induced seizures. The fact that blocking acid also eliminates sudden death implies causation. These results may provide insight to the mechanism of SUDEP in humans.