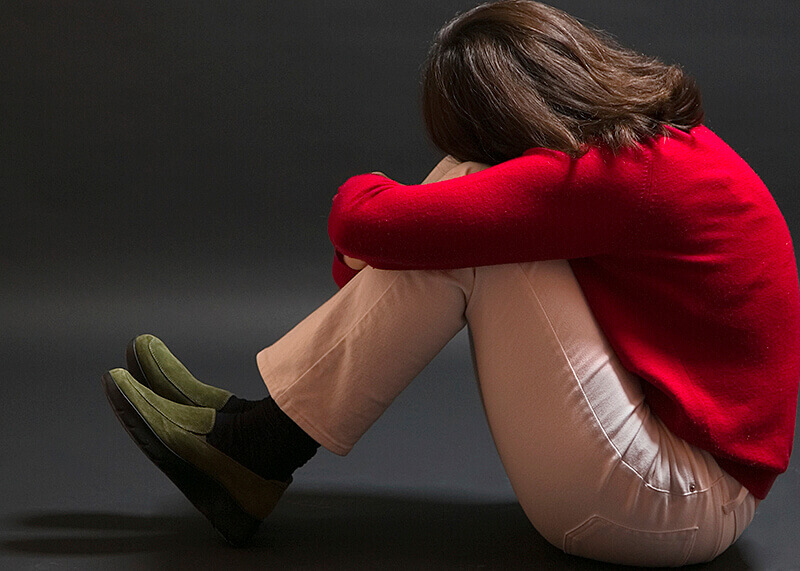 WEST LAFAYETTE, Ind. — “She says she will burn the house down with me in it.”

“He threatened to pull a gun on me.”

“He told me he could kill me in an instant if he wanted to.”

These are just a few of the texts sent by minors to counselors at crisis hotlines in the last several years. Abused children often look for discreet ways to seek help, hoping not to make matters worse by aggravating their perpetrator. Recently, text-based crisis communication services have started to provide an outlet for those kids.

Minors aren’t just using these services to report suicidal thoughts and depression – they’re using them to report abuse, according to a new study in the journal JMIR mHealth and uHealth.

“There was a general theory in the field that when kids text in about depression or suicide, they’ll mention abuse. But we found that in many cases, abuse was the first thing they mentioned,” said Laura Schwab-Reese, an assistant professor of health and kinesiology at Purdue University. “Kids are actively seeking support regarding abuse and neglect through these services, which isn’t what we expected.”

Every year, Child Protective Services receives more than 3.6 million reports of child abuse, involving more than 6 million children in the U.S. The effects of this abuse and neglect can be long-lasting and varied, from mental to financial. It can even be fatal – about 1,750 children died from abuse and neglect in the U.S. in 2016, according to Centers for Disease Control and Prevention.

When children text or call hotlines to discuss their concerns, crisis counselors are required to report suspected abuse to the state if the misconduct meets certain criteria. Schwab-Reese read all the text conversations (which were made anonymous) from one crisis service that resulted in reports from October 2015 to July 2017. Rather than starting with a hypothesis and looking for answers to confirm or deny it, she dug into the data with an open mind.

“We were just trying to figure out what kids are talking about when they text in. We had no idea what we were going to find,” Schwab-Reese said.

This is likely one of the first studies of its kind, as it can be difficult to obtain good information on content of reports while maintaining victims’ privacy. Phone calls aren’t recorded, and text-based services are still new to the landscape, Schwab-Reese said.

Physical abuse was the most common form of abuse mentioned in the initial disclosure, followed by psychological abuse, sexual abuse and neglect. More than half of texters discussed abuse or other significant family issues in the first message, according to the study. Many also reported psychosocial issues beyond the maltreatment, with nearly a quarter discussing suicidal thoughts.

Schwab-Reese was surprised to find that many texters described their abuse in blunt terms. Nearly half of texters used a variant of the word “abuse,” or other graphic terms such as rape, molest or assault, in their first disclosure of abuse.

“It’s rare for adults to come right out and say, ‘I’m a victim of abuse.’ They say things like, ‘Things aren’t great at home right now,’ or ‘My partner and I have been fighting a lot,’” Schwab-Reese said. “We thought kids might use vague terms to describe their abuse as well, but we found that a lot of them use very blunt language to describe what’s going on.”

The findings also show that for most children who are abused, it’s not a fleeting experience – nearly 93 percent of texters reported recurrent abuse. Many were prompted to reach out by a recent crisis or escalation of harm.

Implementing text or chat-based communication methods could be essential for social and health services hoping to reach young people. A 2011 report from Pew Research Center found that one-third of adults prefer talking on the phone to texting (a number which is likely higher among young people, and eight years later). Crisis Text Line, a SMS-based support service for people in crisis, has exchanged more than 96 million messages since its launch in 2013.

In addition to adapting to the changing communication landscape, crisis services should work to provide or continue providing care for people on both sides of the phone, Schwab-Reese said.

“Counselors can experience vicarious trauma. The conversations they have with abused children are graphic and heart-breaking,” she said. “Some organizations, such as Crisis Text Line, are providing terrific training and resources to counselors. But every organization providing these services needs resources to help counselors after they’ve engaged in these conversations, and to be really explicit in training how to respond to disclosures. It’s an entirely different task to respond to ‘Things aren’t great at home,’ than a 9-year-old saying her dad has been sexually abusing her and is threatening her so she’ll keep it a secret.”

This research was supported by the Robert Wood Johnson Foundation.

Disclosure of child maltreatment to a text messaging-based crisis service

Early disclosure, combined with explicit language, may suggest at least a portion of young victims are actively seeking safe ways to talk about their experiences with abuse, rather than incidentally sharing experiences while seeking support for other issues. SMS may be a valuable way to engage with young people around sensitive topics, but these approaches will require careful consideration in their development, implementation, and evaluation to ensure a positive experience for young people.