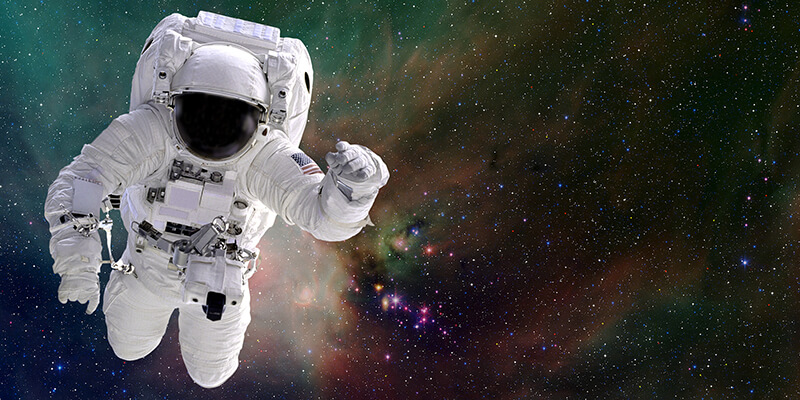 Michael Smith, a professor of history at Purdue University, is dedicated to exploring nearly a century of Soviet space innovation – from the early days of rocketry to the Cold War and space race – often diminished in the world’s history books by American and European feats.

WEST LAFAYETTE, Ind. — In 1990, Michael Smith had been living in Moscow for four months, rooming with a Russian family and conducting research in the city’s libraries and archives, when he witnessed the slow collapse of the Soviet Union and the dissolution of its space program, reducing prominent engineers to mere repair technicians.

“I was inspired by living with Russians, seeing the pride they gave to their space program while their economy and government fell apart around them,” Smith said. “I lived with the family of an engineer who had lost his job, who had designed miniature radio transmitters and cryogenic equipment, the things a satellite or propulsion system would need, and who ended up repairing vacuum cleaners.”

Smith, a professor of history at Purdue University, is dedicated to exploring nearly a century of Soviet space innovation – from the early days of rocketry to the Cold War and space race – often diminished in the world’s history books by American and European feats. With the emergence today of a new commercial space era, Smith said, post-Soviet Russia continues to play an integral, but often overlooked, role in space exploration.

His work aligns with Purdue's Giant Leaps celebration, acknowledging the university’s global advancements made in space exploration as part of Purdue’s 150th anniversary. This is one of the four themes of the yearlong celebration’s Ideas Festival, designed to showcase Purdue as an intellectual center solving real-world issues.

“We’re on the cusp of a whole new set of technologies, with private industries such as SpaceX, Blue Origin and others complementing NASA’s achievements,” Smith said. “But we also ought to remember the first Russian theorists and rocket-builders, who looked to spaceflight and knew the rocket could take human beings to space. Even today, since the retirement of the shuttle, Russian rockets take our astronauts to the International Space Station.”

“History of the Space Age,” the class Smith will teach again in spring of 2019, offers an in-depth, global history of these developments. He also has worked with Purdue Libraries’ Archives and Special Collections to offer undergraduate students research and writing opportunities using original historical documents, including the Neil Armstrong Papers. Three students have published their work in magazines and journals.

Smith is the author of “Rockets and Revolution: A Cultural History of Early Spaceflight,” which documents the Soviet Union’s first leaps toward the stars in the early 20th century. Over the course of decades, the superpower would continue to innovate through competition with western adversaries, Smith said.

“We don’t see that kind of intense competition today that we saw in the 1960s,” Smith said. “A lot of American innovation, including the moon landing, was in response to Soviet firsts. We lost the space race because the Soviet Union launched the first satellite and the first human into space, but we won the moon. That was the classical struggle.”

Still, American engineers, astronauts and institutions, including Neil Armstrong and Purdue, were highly regarded among their Soviet counterparts, Smith said.

“Our professors in engineering were commonly published in Soviet  professional and academic journals, so that’s why, when I first met engineers over there, they knew a lot about American technological successes,” Smith said.

In his forthcoming book, a history of Maurice Zucrow and the rocket lab he founded at Purdue, Smith recounts how the lab’s publications on jet propulsion were translated into Russian, a worthy prize for American engineers.

Purdue’s reputation in aerospace engineering extended all the way up to cosmonauts such as Georgi Grechko, whom Smith met at a Moscow museum in 2003.

“It was by accident; I nearly bumped into him,” Smith said. “He was a very nice man, and he knew about Purdue. We exchanged souvenirs. He signed a photo of himself that he kept in his briefcase, as if he was always waiting for a fan. In return, I gave him a copy of Purdue’s Cradle of Astronauts poster.”

Most of Smith’s encounters with members of the foreign space program were friendly and inviting. But no one was a more endearing character than the engineer who opened up his home in 1990 to an American Ph.D. student.

“He was very suspicious of me at first because he was trained to be,”  Smith said. “But we became fast friends. I taught him English and he shared his stories about the Russian space program.”

Following the collapse of the Soviet Union, Russian aerospace engineers often were invited to work in the United States to prevent their knowledge and skills from proliferating to unfriendy states around the world.  Under a punishing Vladimir Putin regime, Smith’s friend eventually took his family to the U.S., where he has prospered as an American citizen working for the other side of the old Cold War.