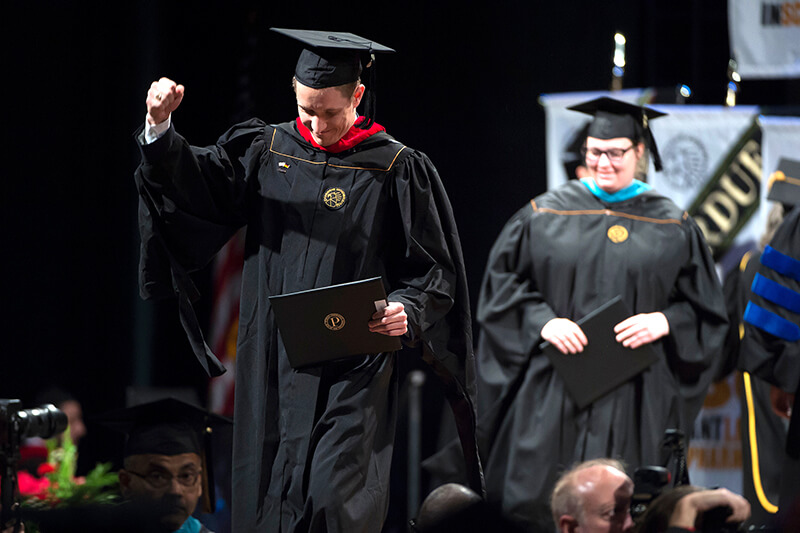 A graduate pumps his fist after receiving his degree during Purdue’s commencement Sunday (Dec. 16) at the West Lafayette campus. (Purdue University photo/Mark Simons)

The winter commencement ceremonies took place in Purdue’s Elliott Hall of Music on campus. Students in Health and Human Sciences, Krannert School of Management, Pharmacy, Purdue Polytechnic Institute, Science and Veterinary Medicine graduated during a morning ceremony. Those in Agriculture, Education, Engineering and Liberal Arts walked the Elliott Hall of Music stage in the afternoon.

Carter served 31 years as a civil engineer officer and installation management leader. She is currently CEO and senior strategist for TC3 Solutions LLC.

Carter commanded five units, ranging in size from 400 to 8,000 members. She culminated her career by leading the Air Force’s largest and most complex reorganization since 1992, consolidating installation support activities at the intermediate command level, creating the Air Force Installation and Mission Support Center and serving as its first commander. 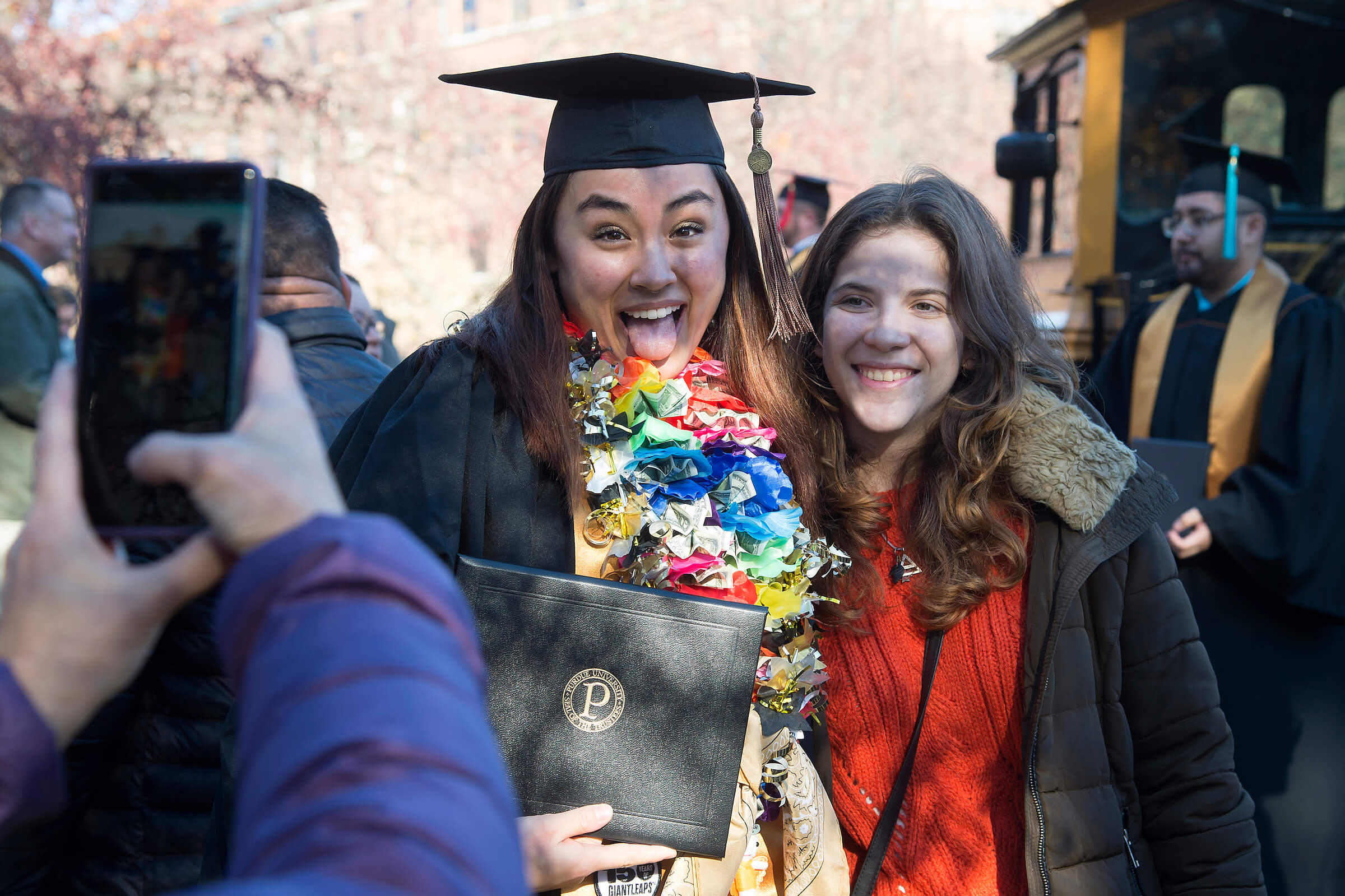 Carter currently serves as a director of the Purdue Alumni Association and is a member of the United Water Federal Services Inc.’s board of advisers and Purdue’s Industrial Engineering Advisory Council.

Maj. Gen. to Purdue grads: You are makers all! What will you do with it?