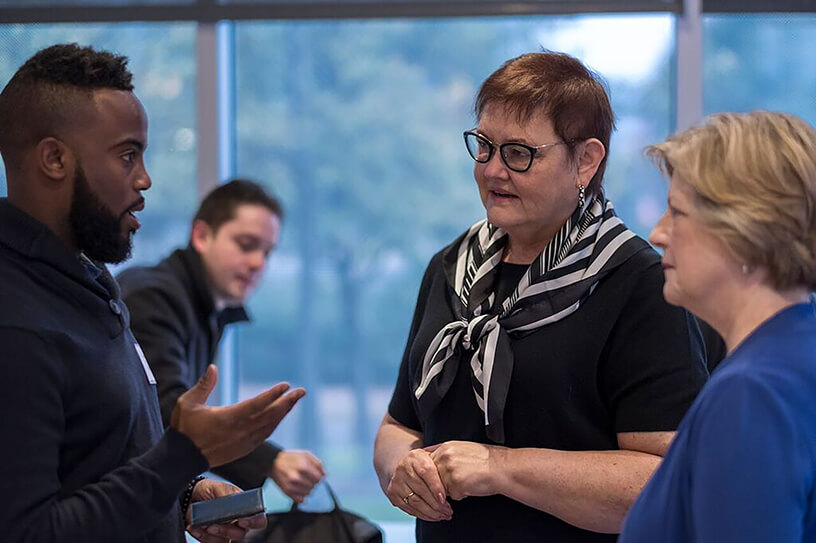 WEST LAFAYETTE, Ind. – Shruthi Suresh and Ting Zhang, two Purdue University doctoral students, thought they had a great idea to help blind and visually impaired people. The National Science Foundation Innovation Corps program helped them come up with an even better idea to launch a startup moving their innovation into the public.

“The I-Corps program allowed us to get out of our comfort zone and understand our invention from a customer perspective,” said Suresh, a Purdue Weldon School of Biomedical Engineering doctoral student. “It’s a rare insight that very few students get to see as inventors or as researchers.”

Suresh co-founded HaptImage with Zhang, a doctoral student in the Purdue School of Industrial Engineering. Their startup enables individuals with visual impairments to study science, technology, engineering or mathematic (STEM) and pursue related careers through its real time image-accessing tool.

“I learned that customers’ needs are an important factor to consider for any product,” said Zhang. “The Purdue I-Corps program provided us the opportunity to understand the customer needs all over the country. It also extended our discussion on defining our own value proposition, production channels and key roles involved in the commercialization ecosystem.”

The NSF granted Purdue status as a NSF I-Corps Site and a Midwest I-Corps Node in order to advance research commercialization efforts throughout the Midwest and the nation. The goal is to help researchers understand the potential value of their technology and inventions in society. 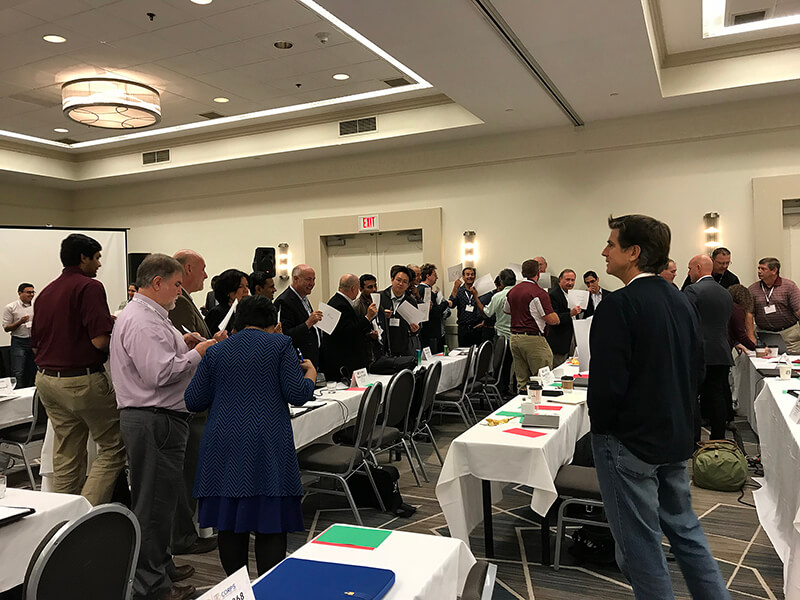 Entrepreneurs at the National Innovation Network Teams Program participate in a group activity at this Indianapolis based, national workshop. Alongside two others, Purdue University is responsible for research commercialization support throughout the Midwest. (Image provided) Download image

Since 2011, the national I-Corps program has supported 538 startups that have raised more than $300 million and trained more than 3,900 individuals from 248 universities throughout the nation. I-Corps operates at Purdue in two ways, as the Purdue NSF I-Corps Site since 2015 and as the Midwest I-Corps Nod since 2017.

“I-Corps is about helping researchers figure out the commercial potential of their research and the path to commercialization before they invest heavily in more applied work, such as prototyping or starting a company,” said Matthew Lynall, director of Purdue NSF I-Corps Site and Midwest I-Corps Node. “NSF has been instructed by Congress to scale up I-Corps significantly, so it is piloting new programs to reduce participation obstacles and adding new university sites and nodes to increase training capacity.”

In Jan 2017, Purdue joined the Midwest I-Corps Node in partnership with the University of Michigan and University of Illinois at Urbana-Champaign. The cohort supports commercialization research, education and infrastructure across the region, and each university hosts the national program on rotation.

“Acting as an I-Corps Node, we recently ran the seven-week National Innovation Teams Program in Indianapolis,” Lynall said. “During the workshop,  I-Corps teams complete over 100 customer discovery interviews, which are face-to-face conversations with potential customers or stakeholders, and ends with a ‘go or no-go’ decision on commercializing their technology.”

This initiative aligns with Purdue's "Giant Leaps" celebrating the university’s global advancements made in health, space, artificial intelligence and sustainability highlights as part of Purdue’s 150th anniversary. Those are the four themes of the yearlong celebration’s Ideas Festival, designed to showcase Purdue as an intellectual center solving real-world issues.

“The I-Corps program is rigorous,” Lynall said. “This is important, because the teams’ I-Corps experiences inform their next step, which is typically to apply for Small Business Innovation Research or Small Business Technology Transfer funding. Participation in I-Corps dramatically increase a team’s success with SBIR awards.”

NSF’s SBIR and STTR programs support technology or research-based startups with early stage funding to help them survive the initial negative revenue phase known as the “valley of death” between research development and positive income.

Suresh and Zhang, who developed their haptic feedback, imaging accessing system in the Duerstock Institute for Accessible Science Lab and in the Intelligent Systems and Assistive Technologies Lab, completed the national I-Corps workshop in 2018 prior to creating HaptImage.

Since 2013, Purdue’s entrepreneurial network has overseen the creation of more than 200 startups, brought more than $340 million in investments and funding for startups and created more than 200 new positions. These startups include innovations from the Purdue faculty, staff and students.

The National Science Foundation (NSF) I-Corps program prepares scientists and engineers to extend their focus beyond the university laboratory, and accelerates the economic and societal benefits of NSF-funded, basic-research projects that are ready to move toward commercialization. Established in March 2015, the Purdue NSF I-Corps Site aims to spur innovation, collaboration and economic impact from Purdue research. Supported by a grant from the National Science Foundation, the I-Corps Site provides programs and courses that educate, support and connect faculty and graduate students in science, technology, engineering, and management researchers to the customers and markets for their technologies and inventions.