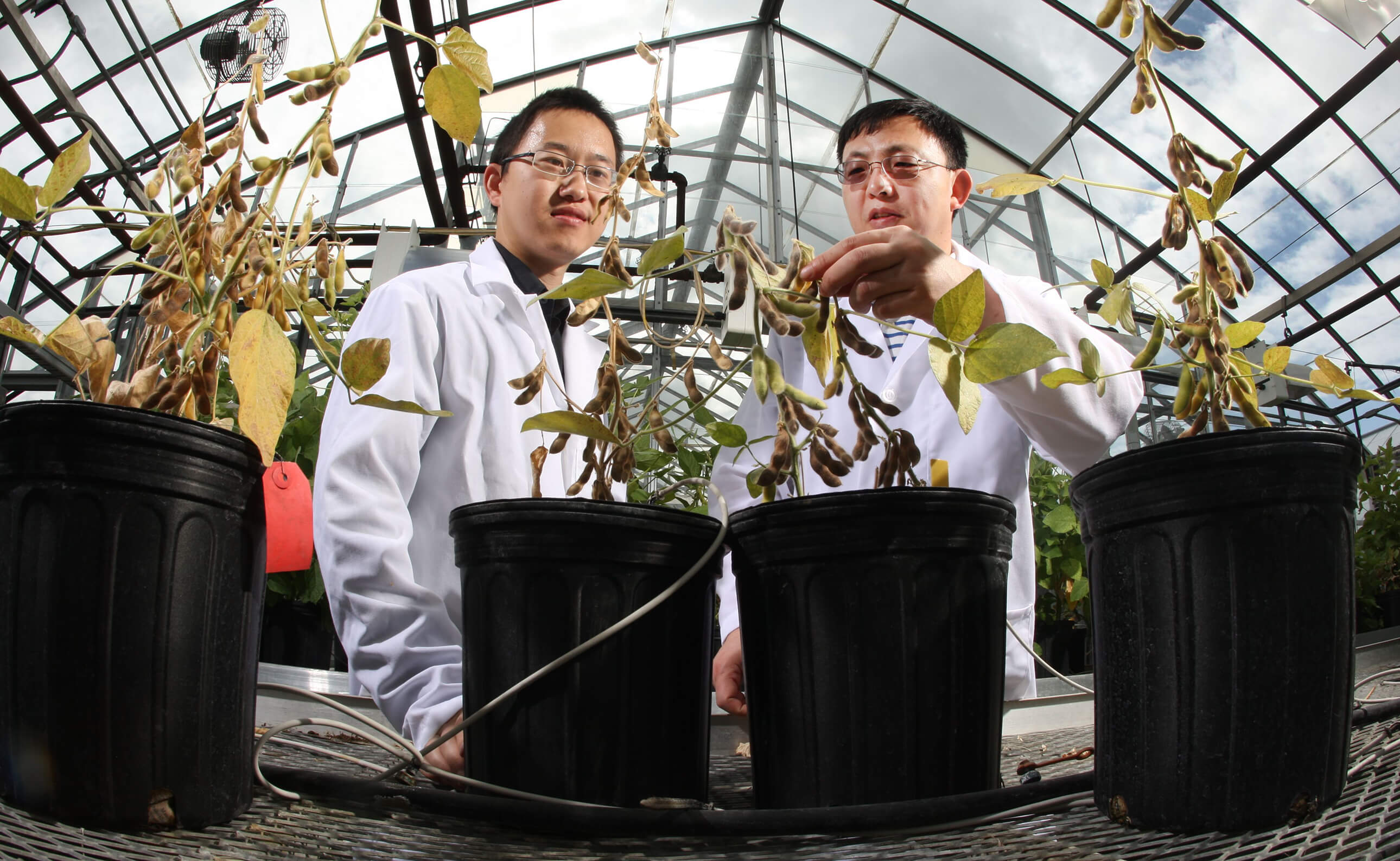 WEST LAFAYETTE, Ind. – Jianxin Ma, professor of agronomy, has been named a Fellow of the American Association for the Advancement of Science (AAAS). Election as an AAAS Fellow is an honor bestowed upon AAAS members by their peers. The citation for Ma’s honor states: For distinguished contributions to the field of plant genetics and breeding, particularly for uncovering molecular networks underpinning key agricultural traits such as maturity and growth.

Ma, who has been a Purdue faculty member since 2006, serves on the editorial boards of eight scientific journals and has published more than 80 articles in the field of plant genetics and genomics. Much of Ma's recent research focuses on characterizing genes, genetic networks, and genetic variation underlying traits of agronomic importance for sustainable enhancement of globally important crops. He is internationally renowned for his work on plant comparative genomics and his prominent role in transferring basic knowledge into tangible application for soybean improvement.

“It’s a great pleasure to be named an AAAS fellow. This honor belongs to my lab members and collaborators over the years. Their hard work was largely responsible for what we have accomplished. Also, I am thankful to the leadership and other colleagues around us for their unwavering support," Ma said.

“Dr. Ma is a gifted researcher, making numerous significant contributions to the field of plant genomics, said Karen Plaut, the Glenn W. Sample Dean of Agriculture. “His work ultimately improves the survival and yield of crops and directly improves our ability to feed a growing population.”

The tradition of AAAS Fellows began in 1874. Currently, members can be considered for the rank of Fellow if nominated by the steering groups of the association’s 24 sections, or by any three Fellows who are current AAAS members (so long as two of the three sponsors are not affiliated with the nominee’s institution), or by the AAAS chief executive officer. Fellows must have been continuous members of AAAS for four years by the end of the calendar year in which they are elected. AAAS Fellows' lifetime honor comes with an expectation that recipients maintain the highest standards of professional ethics and scientific integrity.