Indiana’s animal shelters are less crowded, thanks to 100,000 miles logged by a mobile spay and neuter clinic

WEST LAFAYETTE, Ind. — Dozens of Indiana animal shelters have limited resources when it comes to spaying and neutering the animals that come through their doors.

A traveling surgery unit with veterinary medicine students is bringing some much-needed relief to those shelters – along with helping them reduce the time animals spend waiting for adoption.

Priority 4 Paws (P4P) is Purdue’s College of Veterinary Medicine’s mobile shelter medicine and surgery program that has helped spay and neuter over 14,000 shelter animals since it was started in 2012. Earlier this month, the unit reached over 100,000 miles traveled. Reaching those kinds of numbers is a milestone for Dr. Lynetta Freeman, professor of small animal surgery, who spearheaded the program. Freeman is retiring at the end of this year.

“I think making it to that many miles shows us that this is a program that is needed,” Freeman said.

The program incorporates an elective course that allows fourth-year veterinary students to travel to Indiana animal shelters within driving distance and perform spay and neuter surgeries in the mobile unit. The clinic runs three days a week and two of those days are usually spent on the road, while one day is spent at Purdue. The students spend the remainder of their time doing assigned readings and online education. 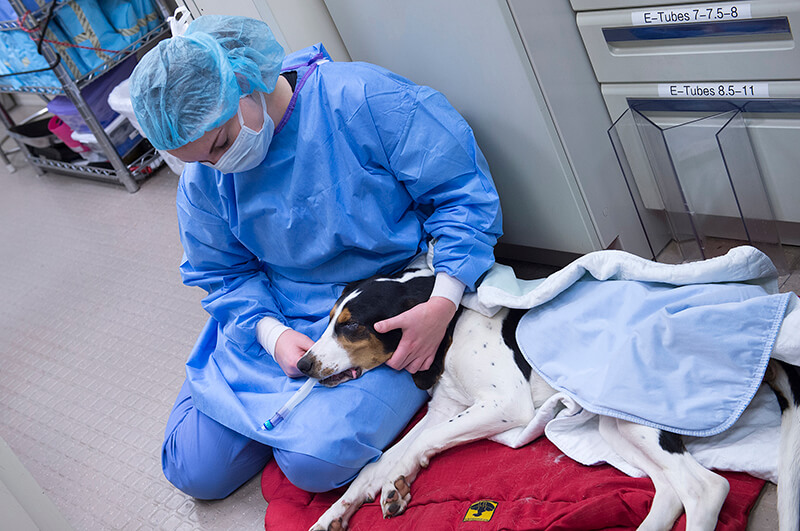 Freeman believes the program has played a part in a movement to help address the issue of overcrowding and high euthanasia rates. She says shelter populations have decreased, and save rates – which is the percentage of animals adopted, reclaimed or transferred – are around 90 percent.

“When the program was first started, animals would stay for a really long time in shelters,” Freeman said. “That led to behavior problems and other issues that made them harder to adopt. Today, we go to shelters and sometimes we are doing surgeries on animals that are going home the very next day.”

Freeman says being part of a solution has been eye-opening for students, too.

“I think we are part of a big picture,” Freeman said. “The big picture is trying to reduce the time animals spend in shelters and try to reduce the numbers of animals presented to shelters. Having students play a role in that makes it all the more meaningful.” 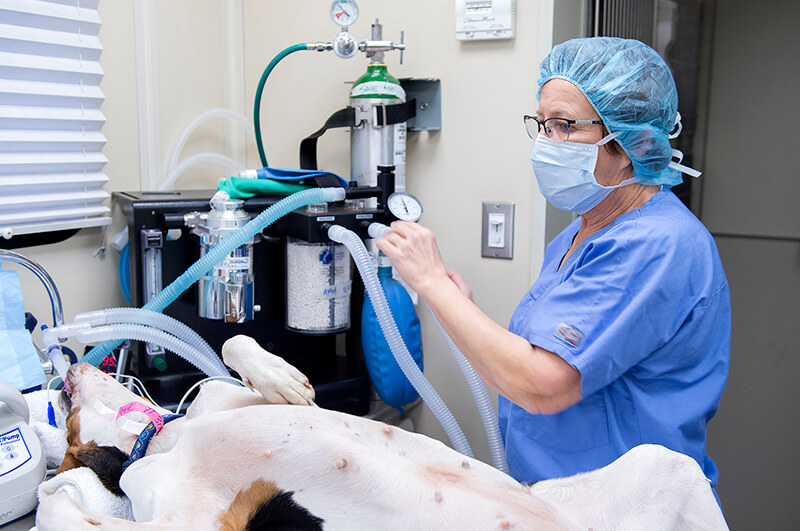 During the three-week, elective rotation, students perform an average of 35 surgeries. That number is significant, Freeman says, because it helps Purdue veterinary students stand out among their peers after graduation. See YouTube video.

“Being able to do that many surgeries is rare,” Freeman said. “Students who complete this rotation feel much more comfortable after they’re done. If they walk into a clinic on their first day on the job and someone says ‘Here, go spay this cat,’ they feel confident and prepared to do it right away.”

Priority 4 Paws has also cultivated a love for shelter medicine for Freeman. When the program was started, she said a goal of hers was for students to gain surgical experience and to create a mindset of service. Looking back, Freeman says she thinks that’s been accomplished.

“It’s hard to measure, but I think our students walk away with a more philanthropic outlook,” Freeman said. “Being able to give back, and seeing the results, has been good for all of us.”