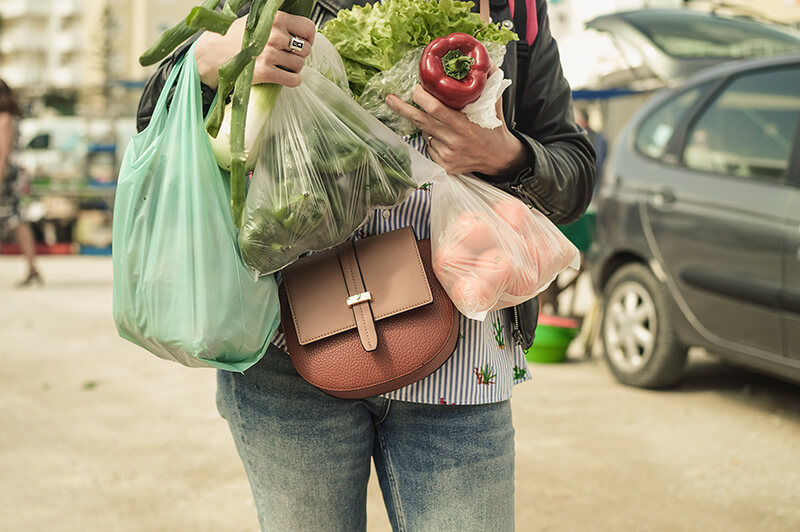 WEST LAFAYETTE, Ind. – An award-winning Purdue University technology is showing increasing promise in helping to detect foodborne pathogens in real time. It’s a problem that the Centers for Disease Control and Prevention estimates sickens about 48 million people and kills about 3,000 each year in the United States. It is also a problem gaining more attention because of an ongoing deadly salmonella outbreak in the U.S.

The work aligns with Purdue's Giant Leaps celebration, acknowledging the university’s global advancements made in health as part of Purdue’s 150th anniversary. This is one of the four themes of the yearlong celebration’s Ideas Festival, designed to showcase Purdue as an intellectual center solving real-world issues.

Purdue’s technology involves using a biochip to collect and analyze microbes in food samples. The innovation also uses enzyme formulations and software to analyze food microorganisms within four hours, instead of the current two to four days it typically takes.

Manufacturers in the United States spend nearly $3 billion each year on food safety tests. Yet a major challenge remains: The ability to test samples quickly to reduce detection time and prevent more people from becoming ill. 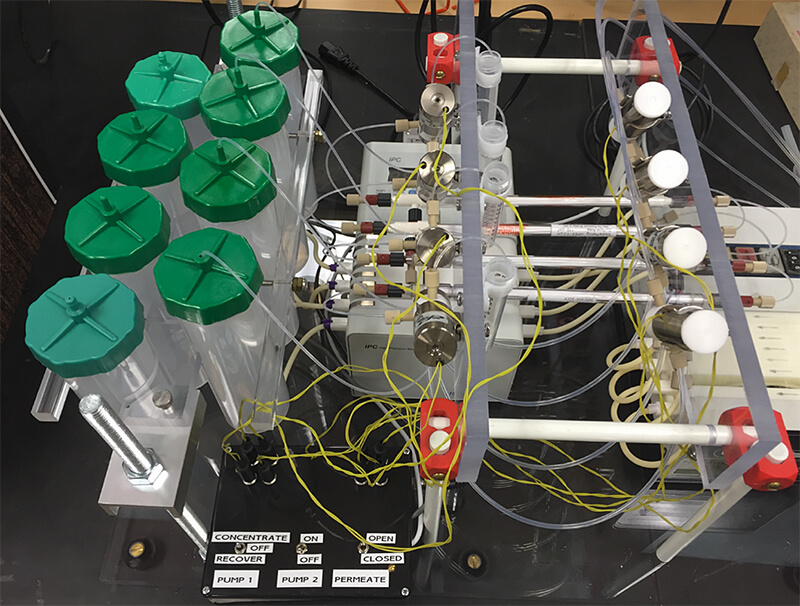 An award-winning Purdue University technology uses a biochip to collect and analyze microbes in food samples and speeds up the process to detect foodborne illnesses. (Image provided by Michael Ladisch) Download image

Michael Ladisch, a Purdue distinguished professor of agricultural and biological engineering, Eduardo Ximenes, a senior research scientist at Purdue’s Laboratory of Renewable Resources Engineering, and their research team won the grand prize in the 2014 FDA Food Safety Challenge for their automated filtration technology to detect salmonella. They have now enhanced the technology to allow multiple samples to be tested at the same time and to test for other foodborne illnesses such as E. coli O157:H7.

“Our technology continues to make giant leaps in health and preventing more people from being sickened by foodborne illnesses,” Ladisch said.

Solutions such as this foodborne detection technology are also a focus of Purdue’s Discovery Park District.

“The other great advancement we have made since 2014 is the ability to test up to four samples at once, and we are continuing to increase that number,” Ximenes said. “A foodborne illness outbreak results in hundreds of samples being sent to the FDA each day, so making the process faster is critically important.”

The researchers have worked with the Purdue Office of Technology Commercialization on patents for their innovation. They are continuing to look for partners to test and commercialize their technology.