Flint, Michigan, lead crisis should have buried the city in water bottles. So, why didn't it? 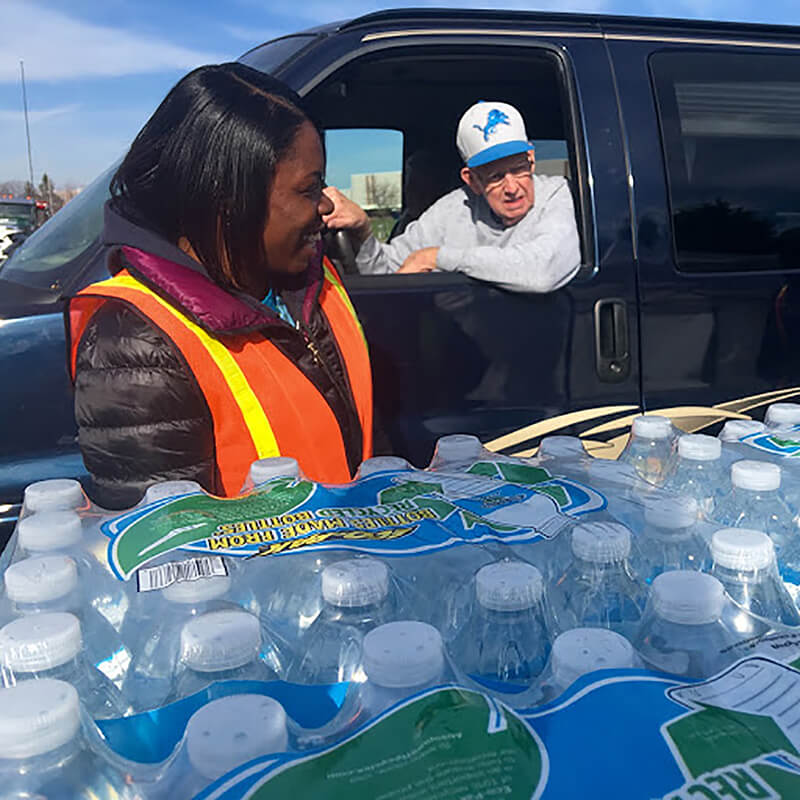 WEST LAFAYETTE, Ind. — One hundred thousand residents of Flint, Michigan, could use water only from bottles or filters during a years-long lead contamination crisis, which started when the city switched to a new drinking water source in 2014.

As part of a class assignment that grew into a case study, Purdue University researchers found that during the first three weeks of the disaster alone, anywhere from 31 to 100 million bottles were generated as waste. This means that Flint should have been buried in plastic by the time the crisis ended in 2017.

But it wasn't. Through investigating why not, the researchers suggest ways to plan for waste so that figuring out what to do with it during the crisis doesn't slow down an emergency response, including those for drinking water disasters caused by hurricanes or flooding.

"The last thing you want to do during a crisis is add to the burden of the communities. And with so many people rushing to provide bottled water to Flint, we definitely had a waste problem that we needed to resolve quickly," said Matt Flechter, the recycling market development specialist for the Michigan Department of Environmental Quality, one of the organizations interviewed for this study.

The study and its recommendations, published in the journal Resources, Conservation and Recycling, are the result of conversations with several organizations who were on the frontlines during the Flint lead crisis, including MDEQ, the City of Flint, Republic Services, Inc. and Schupan Recycling. The researchers did not seek or receive external funding for this work.

"When you shut down an entire water system and provide emergency water, there is a whole lot of waste generated. Where does it all go?" said Andrew Whelton, Purdue associate professor of civil engineering and environmental and ecological engineering, who led the study. 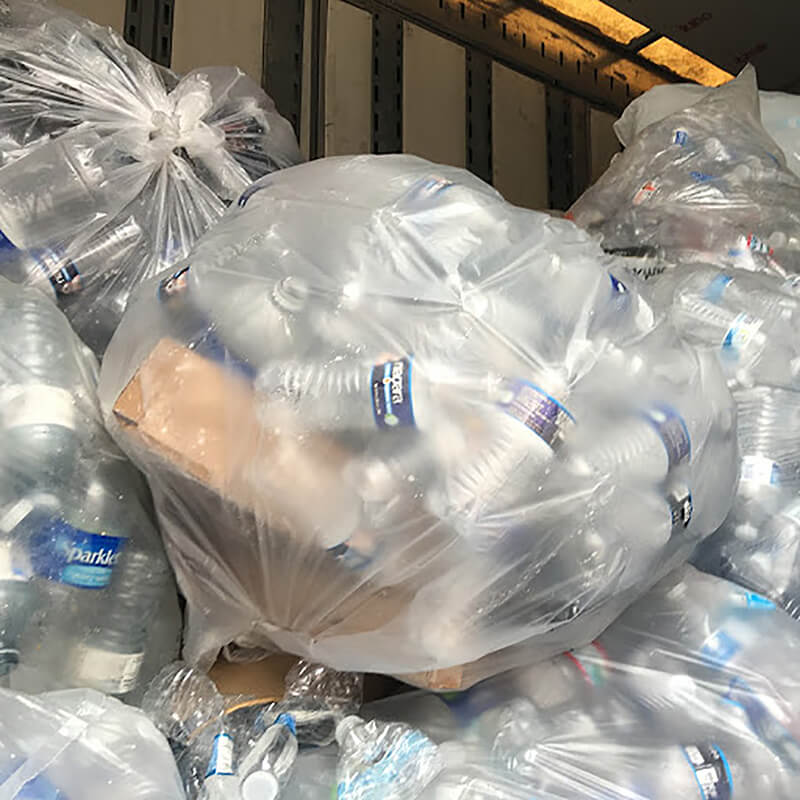 Only water from bottles or filters was safe during the Flint, Michigan, lead contamination crisis. A study by Purdue University researchers calls for emergency response groups to think about the resulting waste early so that it doesn't interfere with addressing a crisis quickly. (Michigan Department of Environmental Quality photo/Matt Flechter) Download image

“It turns out that no one had looked at the waste associated with providing emergency drinking water long-term, until we investigated the Flint incident,” he said.

During the time that the Flint lead crisis was taking place, Tianqi Wang, a master’s student in civil engineering, and Jooho Kim, a doctoral student in construction engineering and management, wanted to calculate how much waste the crisis was generating as part of an in-class activity for a solid and hazardous waste management course taught by Whelton.

They were shocked to find that the millions of water bottles would have overwhelmed the city's waste management system.

Key to Flint's successful waste hauling, the researchers later discovered, were community organizations and government agencies who established sites around the community to distribute donated water bottles and filters, and pick up or drop off waste. They also helped residents to know about these services through local TV, social media and websites, newspapers and flyers.

But the process would need to be smoother for future crises.

"Waste management wasn't built into the emergency response at all, so what we did was more reactionary than planned-out," Flechter said.

Planning it out could possibly buy more time for other aspects of an emergency response, such as evaluating which households aren't getting enough safe water.

Therefore, as part of their study, Purdue researchers recommended several ways for incorporating waste management into an emergency response plan. These include pre-identifying the roles of waste management organizations, setting up a procedure for estimating and documenting emergency water supply materials entering and exiting a community, determining where water should be distributed in advance, drafting public notifications about waste management activities and making the data on this emergency response publicly available so that people can conduct more case studies on the best possible strategies.

Unfortunately, it could be a while before waste management makes it into plans throughout the U.S.

"Drinking water is considered a critical lifeline, but federal emergency management doctrine has no clearly defined mission that is specific to supporting response and recovery," said Kevin Morley, the federal relations manager for the American Water Works Association. In 2017, AWWA testified to Congress on this matter and the impact on effective coordination and communications.

Even though federal organizations – including the Centers for Disease Control and Prevention, the Environmental Protection Agency and the Federal Emergency Management Agency – provide guidelines for estimating how much water a person needs when a disaster strikes, the focus for waste removal is typically on large debris, such as tree limbs and building materials during a hurricane.

"In order for waste management protocols – like for bottled water if that's the temporary solution – to be considered appropriately, there needs to be a clear water mission in the National Response Framework," Morley said. "Then information sharing and coordination associated with the need can more effectively be considered as part of the overall response effort and demands on local waste management infrastructure."

Still, the organizations who informed this study have already found its recommendations useful for water quality incidents in other communities across Michigan.

"It's nice to have clear action steps and know which questions to bring up early. This way, we're looking at the existing recycling infrastructure from the get-go and know how those bottles should be managed," Flechter said.

The work aligns with Purdue's Giant Leaps celebration, acknowledging the university’s global advancements made toward a sustainable economy and planet as part of Purdue’s 150th anniversary. This is one of the four themes of the yearlong celebration’s Ideas Festival, designed to showcase Purdue as an intellectual center solving real-world issues.

Waste management challenges associated with the Flint, Michigan drinking water disaster were investigated. In October 2015, more than 97,000 people were directed not to use their lead contaminated water, but instead use emergency drinking water and in-home filters. Waste generated overwhelmed Flint’s initial waste management capacity. Case study results demonstrated that public and private partnerships enabled water distribution and waste collection/recycling activities. Points of distribution (PODs) were established and provided emergency supplies, increased waste management efficiency, and were relocated months after the initial response. Tens of millions of water bottles and thousands of in-home water filters were supplied to the community. Water bottle and faucet filter recycling was encouraged by the establishment of drop-off locations and an expanded curbside pickup program. During January 2016, the recycling participation rate increased from 13% to 27%. However, procedures for POD siting and estimating water demand needed for long-term incidents were not found. A lack of material flows entering and leaving Flint inhibited a better understanding of waste management. Communities seeking to better prepare for large-scale emergencies should: (1) pre-identify the roles of waste management organizations, (2) set up a procedure for estimating and documenting emergency water supply materials entering and exiting the community, (3) determine POD locations in advance, (4) draft public notifications about waste management activities, and (5) centralize all data archiving.