Endocyte becomes first Purdue startup to reach $1.5B in value

Endocyte’s primary cancer drug platforms include “two of the most exciting platforms in all of cancer right now.” One drug shows promising results in treating advanced prostate cancer and the other platform could improve treatment of pediatric bone cancer. 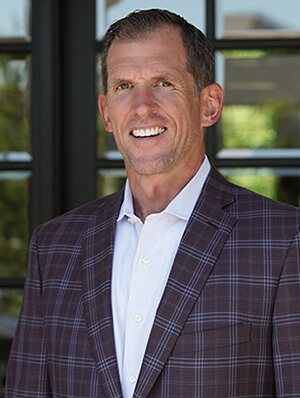 WEST LAFAYETTE, Ind. – Endocyte Inc. (Nasdaq: ECYT) reached a milestone this year when its value recently reached about $1.5 billion and as the company’s drug platforms continue to move through various clinical trials with promising results in treating advanced prostate cancer and its continuing pre-clinical work in improved treatments for pediatric bone cancer.

Founded in the Purdue Research Park, the biopharmaceutical company licensed its first technology through the Purdue Office of Technology Commercialization. Endocyte now has licensed several technologies developed at Purdue, most based on research led by Philip Low, the Purdue University Presidential Scholar in Drug Discovery and the Ralph C. Corley Distinguished Professor of Chemistry. Low’s work in the Purdue Institute for Drug Discovery focuses on creating small molecules,  such as folate, that attach to chemotherapy or radioactive isotopes to provide direct-targeted treatment to diseased cells.

Endocyte and its research team continue to work closely with Purdue and Low, who serves as the company’s chief science officer.

Mike Sherman, Endocyte president, said, “As we celebrate Purdue’s 150th anniversary, I’m reminded of the strong history and research collaboration we have with the University. It has been essential to our success and growth. Many of our employees also have close ties to Purdue. With the development of the Purdue Discovery Park District and Purdue Institute for Drug Discovery, maintaining a presence here has been very important.”

The company has more than 75 employees in its West Lafayette and Indianapolis sites. Like most new companies, it has experienced its own challenges.

“While we faced struggles as all companies do, I’m very proud of how our team has responded,” Sherman said. “Through it all, we have maintained the same goal of advancing life-changing drugs to the public.” 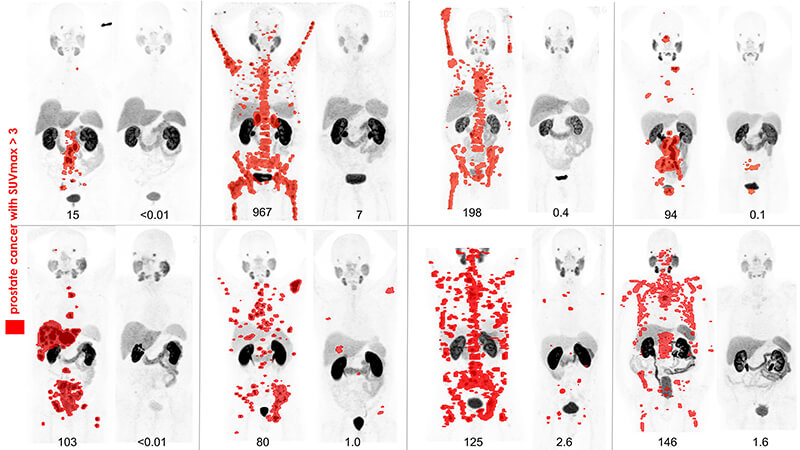 A turning point for Endocyte came in the fall of 2017 when the company obtained exclusive worldwide rights from a Germany company to develop and commercialize Lu-PSMA-617, an injectable liquid that targets diseased cells with a beta-emitting radioactive isotope, while bypassing healthy cells. A video about Endocyte’s Lu-PSMA-617 can be viewed here.

Endocyte’s primary technology focuses targeted therapeutics for personalized cancer treatment. The new drug platform matched well with the work already completed by Low and the Endocyte research team led by Chris Leamon, vice president of research at Endocyte. Leamon completed his doctoral work under Low at Purdue and joined the company a few years after its founding.

Now Endocyte is poised to take the next giant leap.

“The team has been executing exceptionally well, advancing this prostate cancer therapy ahead of most expectations,” Sherman said. “This has allowed us to raise additional capital, positioning us to bring this and other drugs forward to potentially improve and extend the lives of more patients, more quickly.”

Patients like a Melbourne, Australia, man with advanced prostate cancer who received the Lu-PSMA-617 as part of a clinical trial through the Peter MacCallum Cancer Centre, Melbourne. The man’s cancer had metastasized to the bone and he was bedridden. Within days of his receiving the drug, his wife reported that he was up and working in the garage.

“We’ve heard many promising stories from physicians who are treating patients as part of clinical trials,” Sherman said. “It’s precisely this opportunity to impact the lives of patients and their families that motivates us every day.”

According to the American Cancer Society, about one man in nine will be diagnosed with prostate cancer during his lifetime, and 2.9 million men in America have been diagnosed with the disease. About 100,000 men in the U.S. have metastatic prostate cancer, and 30,000 of them have already failed with earlier therapies. Once metastasized, prostate cancer is nearly always lethal. Every year, 300,000 people worldwide die of this disease.

Endocyte’s second major drug under development is a CAR-T cell immunotherapy, which was among other medical therapies developed by Low, who also is a co-founder of Endocyte. The novel immune response therapy not only targets a patient’s immune cells specifically to the cancer cells, but it also potentially prevents the immune system from overreacting or underreacting which can ensue if the immunotherapy is not carefully controlled.

“We’re working with Dr. Mike Jensen of the Seattle Children’s Research Institute to advance this CAR-T cell therapy into the clinic for the treatment of osteosarcoma, which is typically a pediatric bone cancer,” Low said. “The CAR-T cell program, like our radioligand therapy program is tumor targeted, and so we believe it could be useful for other types of cancers.”

According to the American Cancer Society, osteosarcoma is the most common type of bone cancer in children and teens. About 800 to 900 new cases of osteosarcoma are diagnosed in the U.S. annually, about half of them in the 5 to 20 age group.

It is reported by the ACS that in about 15 to 20 percent of patients, osteosarcoma has spread by the time it is diagnosed because symptoms are so similar to other health conditions. The cancer typically spreads to the lungs but sometimes to other bones beyond the initial site.

“There is a significant need to develop a therapy for this very challenging disease, and we have chosen to work with the Seattle Children’s Research Institute, where the expertise in CAR-T cell therapies and osteosarcoma are widely recognized,” Low said.

A video about Endocyte’s CAR-T program can be viewed here.

Leamon presented the CAR-T platform earlier this month at the CAR-TCR Summit 2018 in Boston.

“Whether in the form of targeted radioactive isotopes for imaging and therapy or controllable immune responses with our CAR-T therapy these platforms represent powerful, precision medicine which have the potential to treat multiple diseases,” Sherman said. “There’s certainly an urgency to our work at Endocyte. We know patients are waiting.”

Endocyte is a biopharmaceutical company and leader in developing targeted therapies for the personalized treatment of cancer. The company's drug conjugation technology targets therapeutics and companion imaging agents specifically to the site of diseased cells. Endocyte's lead program is a prostate-specific membrane antigen (PSMA)-targeted radioligand therapy, 177Lu-PSMA-617, in Phase III for metastatic castration-resistant prostate cancer (mCRPC) for PSMA-positive patients. Endocyte also expects to have an Investigational New Drug application submitted in the fourth quarter of 2018 for its adaptor-controlled CAR-T cell therapy that will be studied initially in osteosarcoma. For additional information, visit Endocyte's website at www.endocyte.com.

Certain of the statements made in this press release are forward-looking, such as those, among others, relating to future spending, future cash balances, the timing of initiation and completion of clinical trials, estimates of the potential market opportunity for the company's product candidates, and the company's future development plans including those relating to the completion of pre-clinical development in preparation for possible future clinical trials. Actual results or developments may differ materially from those projected or implied in these forward-looking statements. Factors that may cause such a difference include risks that the company or independent investigators may experience delays in the initiation of completion of clinical trials (whether caused by competition, adverse events, patient enrollment rates, shortage of clinical trial materials, regulatory issues or other factors); risks that data from prior clinical trials may not be indicative of subsequent clinical trial results; risks related to the safety and efficacy of the company's product candidates; risks that early stage pre-clinical data may not be indicative of subsequent data when expanded to additional pre-clinical models or to subsequent clinical data; risks that evolving competitive activity and intellectual property landscape may impair the company's ability to capture value for the technology; risks that expectations and estimates turn out to be incorrect, including estimates of the potential markets for the company's product candidates, estimates of the capacity of manufacturing and other facilities required to support its product candidates, projected cash needs, and expected future revenues, operations, expenditures and cash position. More information about the risks and uncertainties faced by Endocyte Inc. is contained in the company's periodic reports filed with the Securities and Exchange Commission. Endocyte Inc. disclaims any intention or obligation to update or revise any forward-looking statements, whether as a result of new information, future events or otherwise.