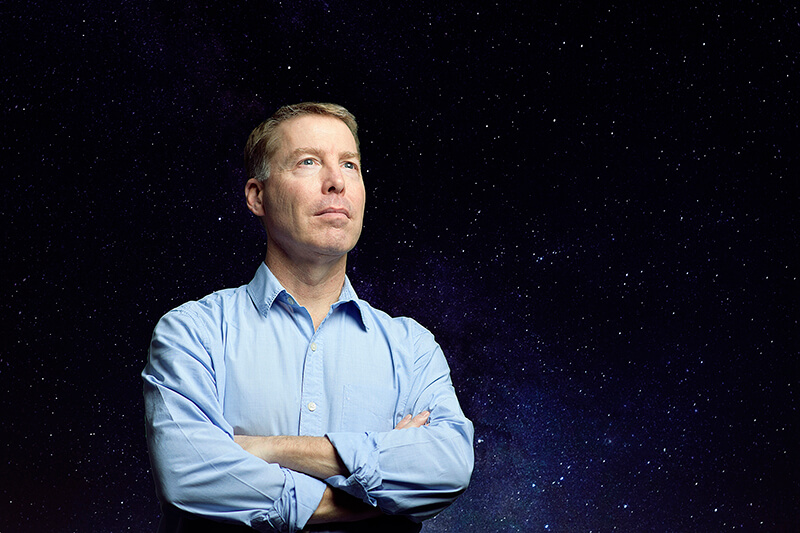 David Spencer, associate professor of aeronautics and astronautics, aims to develop a system that in the future would deorbit old spacecraft. (Purdue University photo/Rebecca Wilcox)

Orbital debris from spacecraft, the defunct satellites and fragments of spent rockets left suspended in Earth’s atmosphere, are slowly making their way back to Earth. Objects usually return after a few years, but debris trapped in higher orbits can remain for more than a century.

Purdue University’s David Spencer, associate professor of aeronautics and astronautics, aims to develop a system that in the future would deorbit spacecraft launched by companies like SpaceX, OneWeb, and Boeing, as the spacecraft complete their missions. A space junk animation is available here.

Why is this important?

“There are a number of high-value orbits that have become so populated with defunct satellites and debris spacecraft that they’re approaching a tipping point,” Spencer said. “Once that tipping point is reached, a cascade of uncontrolled collisions can occur, rendering the orbit unusable. And into the mix the thousands of satellites that companies plan to launch into orbit in the next several years, and the problem becomes much worse.”

Spencer is a Purdue alumnus (’89 and ’91) with a background in planetary robotics. He spent 17 years at NASA’s Jet Propulsion Lab in Pasadena, California as a mission designer and project manager for a number of planetary missions. His experience developing and operating spacecraft led him to work for a program called LightSail sponsored by The Planetary Society, which got him interested in deployable sail technology. Although the LightSail program will demostrate the control of a solar sail employing solar photons to shape orbit and ultimately carry spacecraft higher, Spencer saw the potential to do the reverse.

“Using many of the same technologies as solar sails, the application we’re working on here is a drag sail,” he said. “Instead of pumping up the orbit, we want to remove energy from the orbit by increasing the drag area and using the atmosphere to slow down the spacecraft causing it to deorbit.”

Spencer and his team of students are developing a drag sail system that can launch with satellites and be deployed at the end of the satellite’s mission.

Drag sails could be used to pull down spacecraft and satellites at the end of their use. This would not only provide more room for new and improved satellite technology, it would also help keep astronauts safe from collision with orbital debris while they are in the atmosphere.

Development of this technology is providing an exciting opportunity for students at Purdue. When Spencer came to the university two years ago, he aimed to develop a small satellite program that would take students through the full life-cycle of a space flight project, including design, fabrication, testing and operations. But in addition to getting students involved with spacecraft development, he wanted the spacecraft they designed to have cutting-edge applications for advancing aerospace technology—such as tackling the issue of orbital debris.

Spencer’s work aligns with Purdue's Giant Leaps celebration acknowledging the university’s global advancements made in space exploration as part of Purdue’s 150th anniversary. Space is one of the four themes of the yearlong celebration’s Ideas Festival, designed to showcase Purdue as an intellectual center solving real-world issues.

One of Spencer’s most ambitious goals is to have Purdue lead a planetary mission within the next 10 years. He would like to see small satellite technology such as CubeSats, a type of miniaturized satellite used for research, be applied to planetary missions.