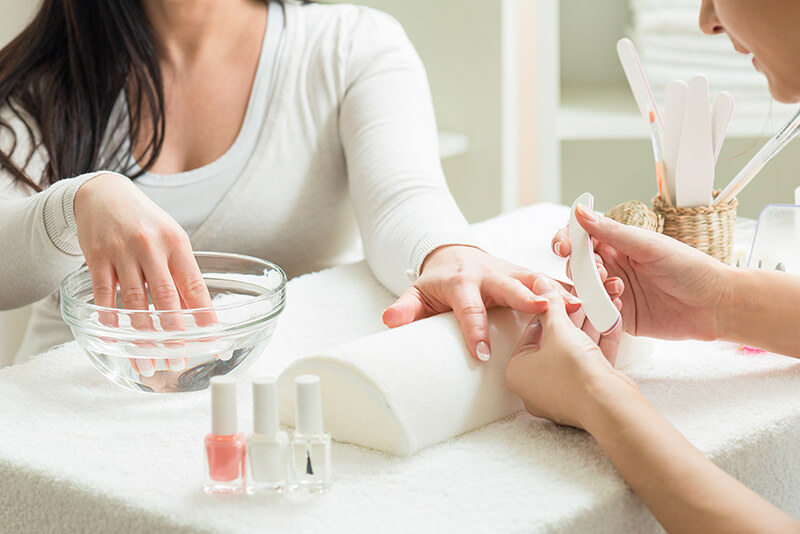 A Purdue University team has developed a unique, toxin-free adhesive system that could be used on artificial fingernails, eyelash extensions, bones and teeth. (iStockPhoto.com) Download image

Jonathan Wilker’s team has developed a unique, toxin-free adhesive system that could be used on bones, teeth, artificial fingernails and eyelash extensions.

“It’s fun to think that the same adhesive system being developed to reconnect tissues might also be useful for enhancing natural beauty,” said Wilker, a Purdue professor of chemistry and materials engineering, who helps lead the research team. “Perhaps there is a giant leap to be made here in cosmetics.”

Wilker became interested in glues during a scuba diving trip. He started to notice how creatures such as mussels and oysters cluster together as well as stick themselves to rocks. He then took his sea observations into the laboratory.

The Purdue researchers studied the sticking power of underwater creatures to develop their own adhesive system. They wanted to create glues that work well in water so that they may be used by doctors and dentists in the human body, which is about 60 percent water.

The Purdue team’s adhesive does not contain formaldehyde or cyanide, dangerous agents that are components of the common glues used in salons for attaching artificial nails and eyelash extensions. Formaldehyde is also found in some nail polishes.

“Consumers and salon workers are being exposed to these toxins,” said Amelia Putnam, a doctoral research chemist, who serves as a senior member of the research team.

Wilker, Putnam and their team members have hundreds of mussels and oysters growing in their laboratory for studying the release of proteins when the creatures attach. After working to understand the nature of this natural adhesive, the researchers then generate several synthetic versions with different properties.

“We are finding that our adhesive can work as well as, if not better than, the current ones used in salons for nails and eyelashes,” Putnam said. “One advantage here is that we are designing new adhesives to be non-toxic by using principles learned from nature.”

The work aligns with Purdue's Giant Leaps celebration, celebrating the university’s global advancements in health as part of Purdue’s 150th anniversary. This is one of the four themes of the yearlong celebration’s Ideas Festival, designed to showcase Purdue as an intellectual center solving real-world issues.

Researchers filed a patent with the Purdue Office of Technology Commercialization and the technology is available for licensing. Ongoing efforts include potential development of a startup company based upon these new adhesives.