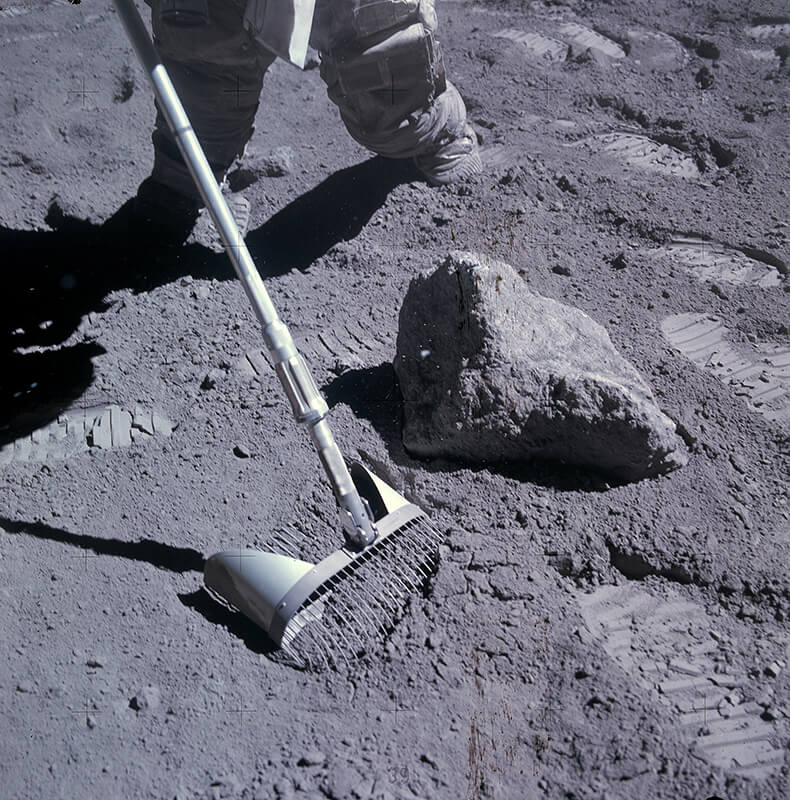 A small sample of lunar soil collected by Apollo astronauts may have an age bias. (NASA/Apollo 16 photo) Download image

WEST LAFAYETTE, Ind. — Because much of the evidence from Earth’s early history has been destroyed by plate tectonics and weathering, astronomers often look to the moon and Mars for clues about our beginnings. But what if some of our information from those planets is biased?

When meteors crash into the moon, the impact creates so much heat that it melts the surface and spits up ejecta. Some of that melt product cools and eventually becomes shiny little orbs known as lunar glass spherules.

Ya-Huei Huang, a graduate student in earth, atmospheric and planetary sciences at Purdue University, looked to these spherules for clues about the rate of meteoroids crashing into the moon.

The samples she studied were collected by Apollo astronauts in the 1960s. Most of the spherules were relatively young, which might indicate that the rate of impacts on the moon has increased in the recent past – but Huang was skeptical of this interpretation, based on deliberations with co-author Nicolle Zellner, a researcher at Albion College.

She created a model for the formation and distribution of lunar glass spherules and found that the impact rate on the moon has likely been constant, but that the small sample of spherules collected was biased toward younger impacts. The findings were published in the journal Geophysical Research Letters.

“The astronauts used a rake to collect samples from the surface of the moon, but if they were able to take samples from a few meters deeper, we might see a more accurate age distribution,” said David Minton, a professor of earth, atmospheric and planetary sciences at Purdue who oversaw the research. “If we ever go back to the moon, we could collect samples differently and actually see if the rate of impacts has changed.”

Bright streaks on the moon are a product of space weathering

WEST LAFAYETTE, Ind. — The long, bright streaks that reach out from craters on the moon are actually much longer than they appear, according to research published in the journal Icarus.

“The intense radiation and impact environment of space changes the composition of the thin upper layer of the moon over time, causing it to darken,” said David Minton, a professor of earth, atmospheric, and planetary sciences at Purdue University. “Just underneath that is fresher, brighter material. When a crater impact throws up ejecta, it splashes that material onto the surface, and that becomes a crater ray.”

This means the brightest visible rays on the moon were created by the most recent impacts. Most craters don’t have rays, and it’s because they’re fairly old, Minton said.

Jacob Elliott, a graduate student at Purdue, mapped some of the moon’s crater rays, their length and the size of the crater they emerged from, to create an equation that describes this phenomenon. A prominent planetary scientist in the 1970s observed the relationship between the size of a crater and the length of its visible ray, but never provided a physical explanation for it.

“We basically say that this crater has to be a certain size in order for its ejected debris to break the dark layer of the surface. This will bring bright material to the surface, creating the rays that we see,” Elliott said.