Reconstruction of past climate provides clues about future climate change 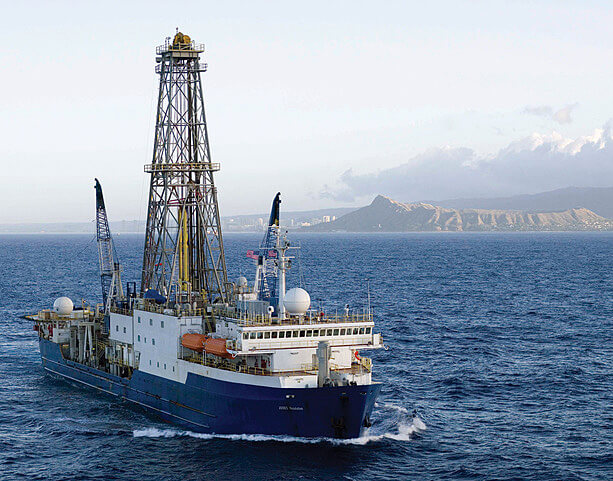 WEST LAFAYETTE, Ind. — Greenhouse gases were the main driver of climate throughout the warmest period of the past 66 million years, providing insight into the drivers behind long-term climate change.

Antarctica and Australia separated around the end of the Eocene (56 to 22.9 million years ago), creating a deep water passage between them and changing ocean circulation patterns. Some researchers believe these changes were the drivers of cooling temperatures near the end of the Eocene "hothouse" period, but some think declining levels of carbon dioxide were to blame.

If the cooling had been caused by changes in ocean circulation, regions around the equator would have warmed as the polar regions cooled, shifting the distribution of heat on Earth. But changing the concentration of greenhouse gases would affect the total heat trapped in Earth’s atmosphere, causing cooling everywhere (including in the tropics), which is what the researchers found. The findings were published in the journal Nature.

“The synchronized evolution of tropical and polar temperature we reconstructed can only be explained by greenhouse gas forcing,” said Margot Cramwinckel, a Ph.D. candidate at Utrecht University in the Netherlands and first author of the paper. “Our findings are uniquely compatible with the hypothesis that the long-term Eocene cooling was driven by greenhouse gases. This greatly improves our understanding of the drivers behind long-term climate change, which is important in order to predict the development of future climate change.”

Climate change often has more intense effects near the poles than elsewhere on the planet, a phenomenon known as polar amplification.

The study found that temperature change was more dramatic near the poles than in the tropics during the Eocene, even though most of the period was extremely warm, leaving little to no ice near the poles.

“Even in a largely ice-free world, the poles cooled more than the tropics as temperature dropped,” Cramwinckel said. “This indicates that greenhouse gas forcing by itself can cause polar amplification.”

The researchers had one more question about polar amplification: does it reach some sort of limit?

“Our results support the idea that polar amplification saturates out at some point in warm climates and does not continue to increase with further warming,” said Matthew Huber, a professor of earth, atmospheric and planetary sciences at Purdue University and co-author of the paper.

As a proxy for temperature, the research team looked at membrane lipids of simple, sea-surface dwelling organisms called Thaumarchaeota that change their membrane composition as temperatures change in deep sea sediment cores drilled near the Ivory Coast.

They combined these observations with climate models, produced by Huber’s team at Purdue, to mesh together a timeline of temperature throughout the Eocene.

“The simulations took about four years of continuous computing to achieve equilibrated climate states at various carbon dioxide levels,” Huber said. “For the first time, the climate model is capable of capturing the main trends in tropical sea surface temperatures and temperature gradients across a range of climate encompassing nearly 20 million years. The only problem is that the simulations required more carbon dioxide changes than observed, which demonstrates that this model is not sensitive enough to carbon dioxide.”

Historically, researchers have had trouble reproducing temperature gradients between the tropics and the poles throughout the Eocene. These new climate models are capable of overcoming most of the issues faced by past models.

Researchers from Utrecht University, Purdue, the University of Padova, University of Southampton, University of Bremen and the Royal Netherlands Institute for Sea Research, collaborated on this research. The research was carried out under the program of the Netherlands Earth System Science Centre and financially supported by the Dutch Ministry of Education, Culture and Science; the Netherlands Organisation for Scientific Research; and the National Science Foundation.

Synchronous tropical and deep-ocean temperature evolution in the Eocene

Understanding derived from palaeoclimate reconstructions of periods with warm climates and high atmospheric pCO2 is crucial for developing better projections of future climate change. Deep-ocean and high-latitude paleotemperature proxies demonstrate that the Eocene (56–34 million years ago; Ma) encompasses the warmest interval of the past 66 million years, which is followed by cooling towards eventual establishment of ice-caps on Antarctica. As Eocene polar warmth is well established, the main obstacle in quantifying evolution of key climate parameters, such as global average temperature change and its polar amplification, is a lack of continuous high-quality tropical temperature reconstructions. Here we present the first continuous Eocene equatorial sea surface temperature record, based on biomarker palaeothermometry applied on Atlantic Ocean sediments (Ocean Drilling Program Site 959). We compile this new record with the sparse existing data to construct a 26-Myr multi-proxy, multi-site stack of Eocene tropical climate evolution. We find that tropical and deep-ocean temperatures changed in parallel, over both long-term climate trends and short-lived events. This is consistent with the hypothesis that greenhouse gas forcing rather than changes in ocean circulation was the main driver of Eocene climate. Moreover, there is a strong linear relationship between tropical and deep-ocean temperatures, implying a constant polar amplification factor throughout the generally ice-free Eocene. Quantitative comparison with fully-coupled climate model simulations indicates that global average temperatures were ~29°C, 26°C, 23°C and 19°C in the early, early-middle, late-middle and late Eocene, respectively, compared to a preindustrial 14.4°C. Finally, combining proxy- and model-based temperature estimates with available CO2 reconstructions yields estimates of Eocene Earth System Sensitivity and high-latitude palaeotemperature proxies of 0.9–2.3 K W-1 m-2 at 68% probability, consistent with the high end of previous estimates.