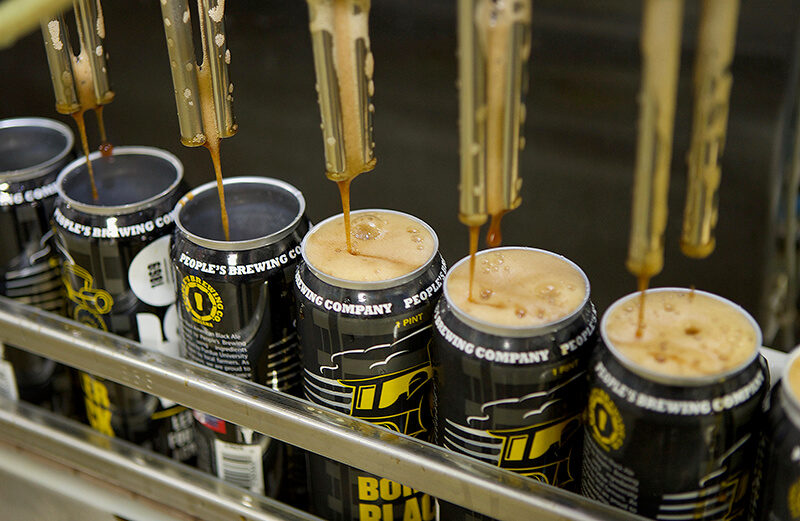 Boiler Black is canned at People’s Brewing Co. in Lafayette. The beer will make its debut on Saturday (Sept. 22) as the university celebrates its 2018 Homecoming and the launch of the Giant Leaps Sesquicentennial Campaign. (Purdue University photo) Download image

WEST LAFAYETTE, Ind. – Purdue fans and beer enthusiasts will rejoice this weekend as the university, in collaboration with People’s Brewing Co., rolls out Boiler Black beer.

Both beers were developed using the capabilities of the department’s Hops and Brewing Analysis Laboratory, which was established to support the craft brewing industry. The lab, founded in 2015, analyzes the raw ingredients of beer and assess the final product to help brewers better understand the chemistry of brewing and enhance the quality of their beers. The Department of Food Science has launched a major effort to prepare graduates to enter fermentation industries in Indiana, whether that’s brewing, winemaking, foods, pharmaceuticals or biofuels.

Boiler Black launches this weekend in celebration of Homecoming and the beginning of the Giant Leaps Sesquicentennial Campaign. The year will highlight Purdue’s remarkable history of 150 years of giant leaps, while focusing on what giant leaps the university can take to address the world’s problems.

A photo gallery showing the making of Boiler Black can be found here.

“We want to increase our enrollment in food science because we have 100 percent employment among graduates,” Farkas said. “Fermentation and biotechnology play an ever-increasing role in the state’s business sector so graduates from our program will continue to enjoy a 100 percent employment rate while also growing Indiana’s economy.” 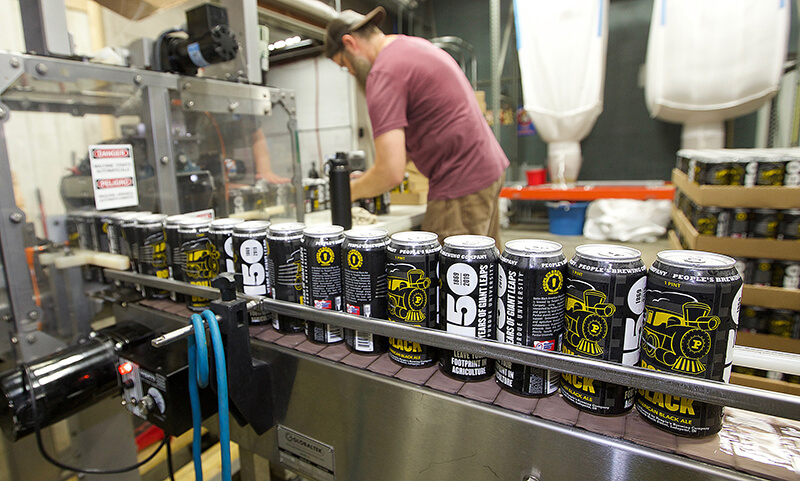 Boiler Black is the second Purdue-branded beer born out of a partnership between Purdue’s food science department and People’s Brewing Co. in Lafayette. As with Boiler Gold, a portion of the proceeds from the sale of Boiler Black will support the College of Agriculture’s food science department’s new fermentation sciences program. (Purdue University photo) Download image

A slice of proceeds from Boiler Gold, and now Boiler Black, will be funneled back into the fermentation program to provide scholarships and acquire supplies and equipment

Chris Johnson, People’s Brewing Co. owner and head brewer, said he never expected Boiler Gold to meet with such wide-scale success. The plan was always to follow Boiler Gold with a darker beer and a launch around Purdue’s 2018 Homecoming, and the celebration of the sesquicentennial proved to be the perfect time to introduce Boiler Black.

“Gold was light and approachable. This hits another group of consumers that like a little bit more flavor in their product.” Johnson said, describing Boiler Black.