Physics model acts as an 'EKG' for solar panel health 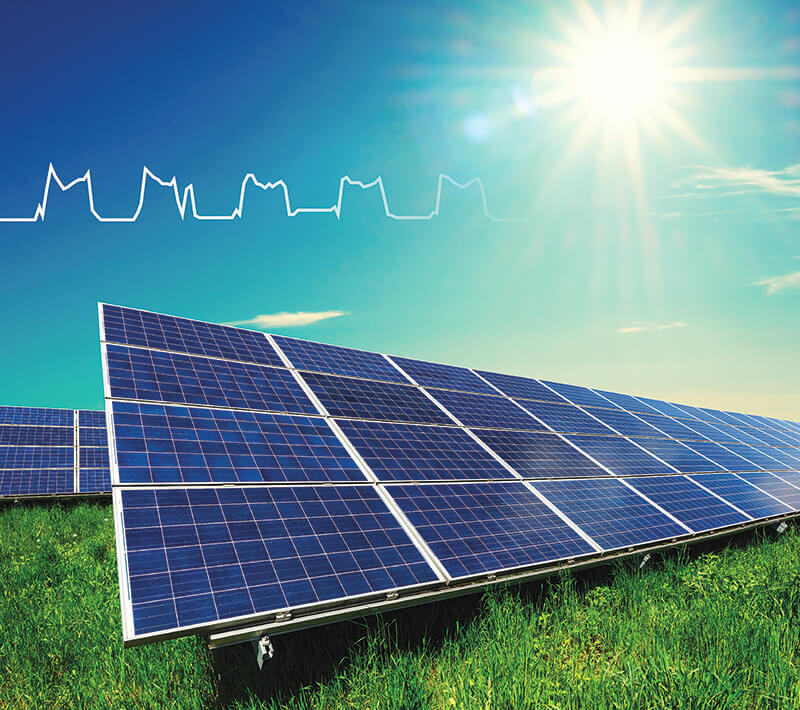 A new algorithm can track the "health" data of solar panels from anywhere in the world, helping to extend their lifetime. (Purdue University image/Mo Lifton) Download image

As electricity generated from solar energy increasingly matches fossil fuels in price, companies are pressured to keep panels living past their warranty and stretch the billions of dollars paid up front for their construction.

Diagnosing degraded solar panels sooner through a tool functioning like an electrocardiogram would contribute to lower electric bills on clean energy as well as cut manufacturing costs.

"We need to look at the heartbeat of a solar farm to understand its diseases," said Xingshu Sun, a recent doctoral graduate of Purdue University's School of Electrical and Computer Engineering.

A solar farm's "heartbeat" is data on how well it generates electricity. Purdue researchers created an algorithm using the physics of panel degradation that can analyze solar farm data from anywhere, essentially as a portable EKG for solar farms.

The algorithm is in an experimental stage, but already downloadable for other researchers to use through a National Science Foundation-funded platform called Digital Environment for Enabling Data-driven Science (DEEDS) at https://datacenterhub.org/resources/14754.

"It's the difference between daily life and the doctor's office. Previously, facilities were just checking a solar farm's heartbeat in a controlled environment, like with an EKG in a hospital lab," said Muhammad Ashraful Alam, Purdue's Jai N. Gupta Professor of Electrical and Computer Engineering. "But a solar farm itself is always generating new field data for us to collect and analyze, so we need to bring the EKG to the field. This information-driven approach is transformative, because the approach would allow continuous monitoring and decision making. Ours is a first step in that direction." 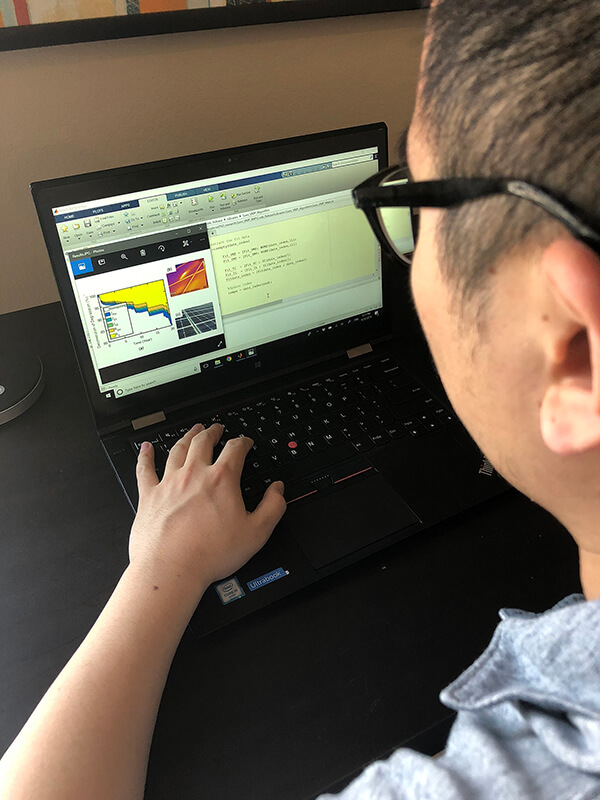 "If you look at solar modules on the market, their designs hardly differ no matter where they are in the world, just like how iPhones sold in the U.S. and China are almost identical," Sun said. "But solar modules should be designed differently, since they degrade differently in different environments."

Degradation in humid environments, for example, comes in the form of corrosion, but high altitudes with no humidity cause degradation through the increased concentration of UV light. Like with human diseases, symptoms of corrosion or sun-beaten silicon tend to not show up on a solar panel until many years after the degradation started.

Without knowing when degradation is happening, companies tend to compensate for different weather conditions by under- or over-designing solar panels, driving up manufacturing costs.

Purdue researchers used public solar panel data provided by the National Renewable Energy Laboratory to pull together parameters of how well the panels are generating electricity, such as resistance and voltage. When fed into the algorithm, a curve generates to show the power output of a solar cell. Published findings appear in the journal Progress in Photovoltaics.

The next step is improving the algorithm over time. Alam's lab has been collaborating with other Purdue research teams to develop DEEDS into a platform for preserving and sharing data, computational tools and scientific workflows from solar panel facilities as well as from a range of sources for other fields, including chemistry, nutrition science and environmental science.

In the long term, the researchers hope the algorithm could show how much energy a solar farm produces in 30 years by looking at the relationship between weather forecast data and projection of electric circuit parameters. Integrating the algorithm with other physics-based models could eventually predict the lifetime of a solar farm.

This work was supported by the U.S.-India Partnership to Advance Clean Energy-Research for the Solar Energy Research Institute for India and the United States and the DEEDS program by the National Science Foundation under award #1724728.

The uncertainties associated with technology‐specific and geography‐specific degradation rates make it difficult to calculate the levelized cost of energy, and thus the economic viability of solar energy. In this regard, millions of fielded photovoltaic modules may serve as a global testbed, where we can interpret the routinely collected time series maximum power point (MPP) data to assess the time‐dependent “health” of solar modules. The existing characterization methods, however, cannot effectively mine/decode these datasets to identify various degradation pathways. In this paper, we propose a new methodology called the Suns‐Vmp method, which offers a simple yet powerful approach to monitoring and diagnosing time‐dependent degradation of solar modules by using the MPP data. The algorithm reconstructs “IV” curves by using the natural illumination‐dependent and temperature‐dependent daily MPP characteristics as constraints to fit physics‐based circuit models. These synthetic IV characteristics are then used to determine the time‐dependent evolution of circuit parameters (eg, series resistance), which in turn allows one to deduce the dominant degradation modes (eg, solder bond failure) of solar modules. The proposed method has been applied to a test facility at the National Renewable Energy Laboratory. Our analysis indicates that the solar modules degraded at a rate of ~0.7%/year because of discoloration and weakened solder bonds. These conclusions are validated by independent outdoor IV measurements and on‐site imaging characterization. Integrated with physics‐based degradation models or machine learning algorithms, the method can also serve to predict the lifetime of photovoltaic systems.