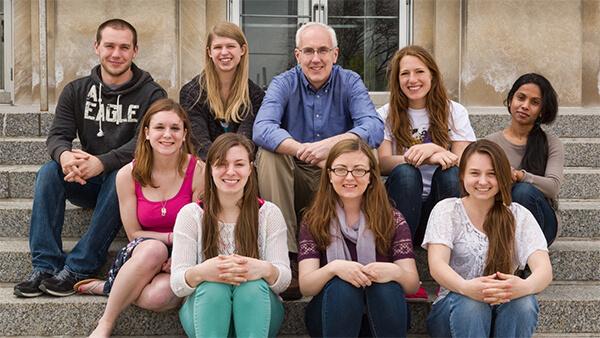 WEST LAFAYETTE, Ind. — The incredible amount of genetic diversity in parasites means humans are often infected with multiple strains, which could make infections worse and increase the prevalence of the parasite over time, according to a new study.

Schistosoma mansoni is a water-borne parasite with two hosts: snails and humans. When eggs in excrement from infected humans make their way into bodies of water, they hatch and infect snails, where they multiply. The parasite leaves the snail and enters the water, where it can infect humans by penetrating the skin.

To figure out what factors influence the amount of damage, or virulence, done to either host, Purdue University researchers studied the effects of two strains separately and then together.

“The amount of virulence that occurs when these two strains are together differs depending on which host they’re in,” explained Dennis Minchella, a professor of biological sciences at Purdue. “In the snail, the nastier strain was suppressed by the dominant competitor, and the overall virulence was lower. But in the mouse, the harsher strain dominates.”

Mice with two strains of the parasite, or unrelated infections, fared similarly to those with only the nastier strain, but much worse than those with the weaker strain. The findings were published in the International Journal for Parasitology.

That the vertebrate still fares as bad or worse when two strains of the parasite are present could be bad news for people in Africa, the Middle East and the tropics, where schistosomiasis affects more than 200 million people. The disease is treatable with drugs, but people who live in areas where the parasite is endemic will likely keep getting sick.

Schistosoma mansoni starts to cause problems for humans several weeks after infection, when worms begin to reproduce. Most eggs exit the body, but some get stuck in the liver and intestines, where they cause inflammation. This leads to swelling and an inflated, enlarged abdomen.

Kin Selection Theory, which says that virulence will be higher in a host if multiple strains are competing, aligns with these results. But it may be strain characteristics, rather than genetic relatedness, that are the main drivers of the outcomes in unrelated infections.

Of the two strains used in this study, PR and NMRI, NMRI was clearly the stronger competitor. In mice, the unrelated infection was more virulent than PR only infections, but not significantly different from NMRI only infections. Essentially, the tougher strain went on with business as usual, even when joined by another strain of the parasite.

An increase in genetic diversity and the frequency of unrelated parasitic infections could create more harmful infections for humans, while also increasing the longevity of infections in snail hosts. Together, this could increase the overall prevalence of the parasite over time.

“Understanding how hosts and parasites interact is important when it comes to treating and preventing the disease,” Minchella said. “These findings might also be relevant in other parasite systems with two hosts.”

This publication includes an undergraduate co-author. Dozens of undergraduate students have been mentored and completed honors projects in the Minchella laboratory – nearly 20 percent of the publications coming out of the lab have undergraduate co-authors. These students become part of the lab family as they utilize statistical programs, laboratory equipment and field techniques to conduct their novel research projects. Minchella believes the exposure to empowering, collaborative and hypothesis-driven process of science enables undergraduates to better understand science and identify as scientists.

Of mice and worms: are co-infections with unrelated parasite strains more damaging to definitive hosts?