If intelligent aliens exist, why haven’t we seen them? 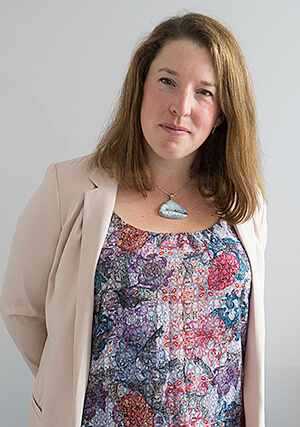 WEST LAFAYETTE, Ind. — Thousands of planets have been discovered in the last few decades, although astronomers tell us there are probably billions. In such a large and diverse set of solar systems, it seems impossible that humans could be the only intelligent life.

This contradiction – between the high probability that life exists elsewhere in the universe and the lack of evidence for it – is known as Fermi’s Paradox. Coined by physicist Enrico Fermi in the 1950s, it’s a mystery that continues to invite consideration more than half a century later.

The first thing any planet needs to support life is liquid water – it’s essential for living creatures. Researchers recently found signs of a lake on Mars, albeit buried beneath a thick layer of ice, near the planet’s south pole. If there is liquid water down there, it could serve as a temporary home for organisms hiding out until conditions get more comfortable on the surface. Even if life on Mars exists, it’s probably limited to simple, single-celled organisms – a far cry from the intelligent aliens of science fiction.

This is one potential solution to the paradox: life exists outside Earth, but it isn’t intelligent. Or maybe intelligent life exists too, it’s just quiet. Finally, it’s possible (but unlikely) that we’re the only life in the universe.

While any of these scenarios are possible, Briony Horgan, a professor of earth, atmospheric and planetary sciences at Purdue University, doesn’t think we should give up hope.

“We’ve only been looking for communicating civilizations for the last 60 or 70 years. The universe is 13 billion years old, and 60 years is an extremely short period of that time,” she said. “Perhaps intelligent life isn’t as common as we think and we’re just looking at the wrong time.”

The search for extraterrestrial life so far has relied primarily on radio signals, which could also be limiting our chances of communicating, Horgan said. Many radio frequencies are able to penetrate Earth’s atmosphere, and they’re easy to recognize as artificial because of their repetitive nature and narrow bandwidths. But this means if whatever civilization we’re looking for isn’t actively emitting signals for communication, we probably wouldn’t see them.

Humans are getting better at detecting signals from space, though, and technological advancements like the Kepler Observatory have taught researchers a lot about the solar system. NASA has plans for a rover on Mars, a solar probe to touch the sun, a mission to Jupiter’s moon and so much more – all in hopes of using space as a vantage point to uncover the mysteries of our own home planet.

“How does life evolve? How unique are we? How critical is it that humanity makes it off this planet? Our quest to find life outside Earth brings us back to those very fundamental questions,” Horgan said. “I think life is the most incredible thing the universe has ever produced, so if we are the only life in the universe, that to me is a huge motivating factor for moving beyond our Earth.”