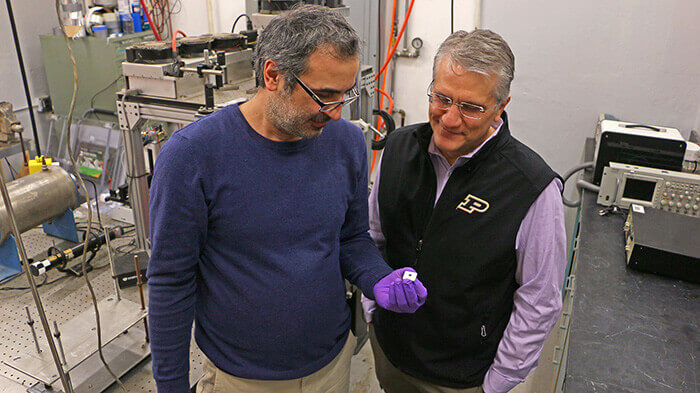 WEST LAFAYETTE, Ind. – A multidisciplinary team of researchers led by Steve Son, a professor of mechanical engineering at Purdue University, has received a $7.5 million grant by the Air Force Office of Scientific Research (AFOSR) to study piezoenergetics, which combines piezoelectric properties with energetic materials such as explosives, propellants, and pyrotechnics.

Many energetic materials can be piezoelectric. However, no multidisciplinary study has attempted a thorough study of these materials. For example, fluoropolymers (polymers containing fluorine) can exhibit piezoelectric effects by themselves and are often used as pressure or force transducers. When these fluorine-containing polymers, acting as an oxidizer, are combined with metal fuel, such as nanoscale aluminum powders, the material becomes reactive. The piezoelectric properties are also changed in these composite materials.

The team will simulate, fabricate, and experiment with how these piezoelectric properties influence reactions. Specifically, the team is interested in what happens when an external field, such as an electric voltage, is applied to the energetic materials; or in reverse, how the energetic materials themselves can generate voltages and act as embedded gauges. 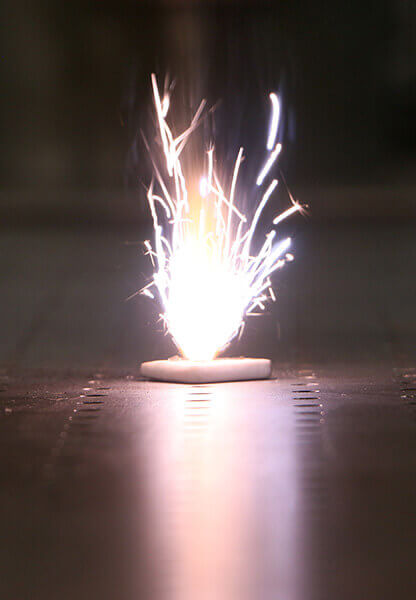 The relationship between energetic materials and piezoelectric properties will be thoroughly studied for the first time. (Purdue University photo/Jared Pike) Download image

“This is the first time that these two fields have been brought together in a thorough study,” Son said.  “We’re excited about finally being able to fully understand the relationship between piezoelectric properties and reaction. This could open up a whole new area of material science.”

Previously, Son has combined his expertise in energetic materials with other fields, such as additive manufacturing. This has enabled his team to be able to accurately 3-D-print many of the energetic samples they need at Zucrow Labs, the largest academic propulsion lab in the world.

“We’ve been doing this at Zucrow for several years now,” Son said. “We’re fortunate to have so many experienced people with so many areas of expertise we can tap into in order to fabricate precise multifunctional materials.”

The AFOSR grant is part of their Multidisciplinary University Research Initiatives program, which encourages collaboration with teams of researchers from several universities across several technical disciplines. For this project, Son is collaborating with colleagues from Case Western Reserve University, Georgia Tech University, Pennsylvania State University, and the University of Maryland.