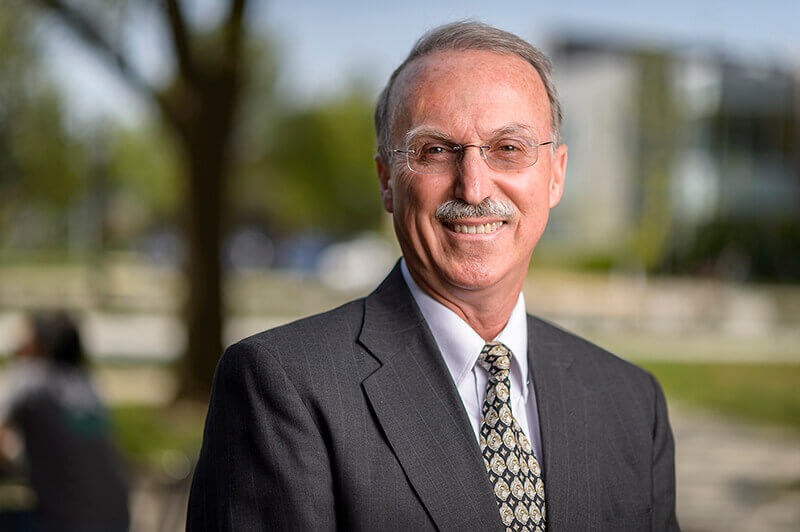 WEST LAFAYETTE, Ind. — Kenneth Ferraro, Distinguished Professor of Sociology and director of the Center on Aging and the Life Course in the College of Liberal Arts, has been chosen as the 2018 Lu Ann Aday Award recipient. One of Purdue University’s top three research honors, the Lu Ann Aday Award is designated for exceptional work in the humanities and social sciences.

Ferraro is being honored for his innovative work and impactful contributions to the fields of sociology and gerontology.

“Dr. Ferraro has a sustained record of scholarship, and the scientific impact of his research, especially in recent years, is exceptional,” said Suresh Garimella, Purdue’s executive vice president for research and partnerships and the Goodson Distinguished Professor of Mechanical Engineering. “He takes a unique perspective to the study of aging, reaching deep into childhood experiences to examine their effects on older adult health, and promoting a broad viewpoint as well, embracing the different perspectives of biology, psychology and social science.”

Ferraro will deliver the Lu Ann Aday Distinguished Lecture on Oct. 29 in Stewart Center's Fowler Hall. The 10:30 a.m. lecture is free and open to the public.

Ferraro is considered a pioneer in evidence-based research showing that misfortunes during childhood and adolescence substantially increase the risk of disease onset in later life, including heart disease and cancer. He also has theorized how social stratification unfolds over the life course. His cumulative inequality theory, which he has tested empirically, describes how developmental and demographic processes stratify life chances and choices.

In 2018, Ferraro published “The Gerontological Imagination: An Integrative Paradigm of Aging,” by Oxford University Press. Considered the first book of its kind to identify intellectual common ground among different disciplines studying aging, the book has won praise from reviewers as a “signal contribution to the field” by developing “a conceptual framework that will initiate fruitful dialogue for decades to come.”

A graduate of the University of Akron with a Ph.D. in sociology, Ferraro joined Purdue University in 1990. While at Purdue, he also served four years as a resident scientist with the National Archive of Computerized Data on Aging, part of the Inter-University Consortium for Political and Social Research at the University of Michigan. He is a fellow of the Gerontological Society of America and the Association for Gerontology in Higher Education and has published more than 110 peer-reviewed articles and 19 book chapters in addition to two books.

The Lu Ann Aday Award was established in 2017 by Purdue alumna Lu Ann Aday, the Lorne D. Bain Distinguished Professor Emerita in Public Health and Medicine at the University of Texas School of Public Health-Houston. The annual award recognizes a member of the Purdue faculty who has made a major impact on their field in the humanities and social sciences and comes with a cash prize and a small grant for university scholarly activities. Winners are nominated by colleagues, recommended by a faculty committee and named by the university president.