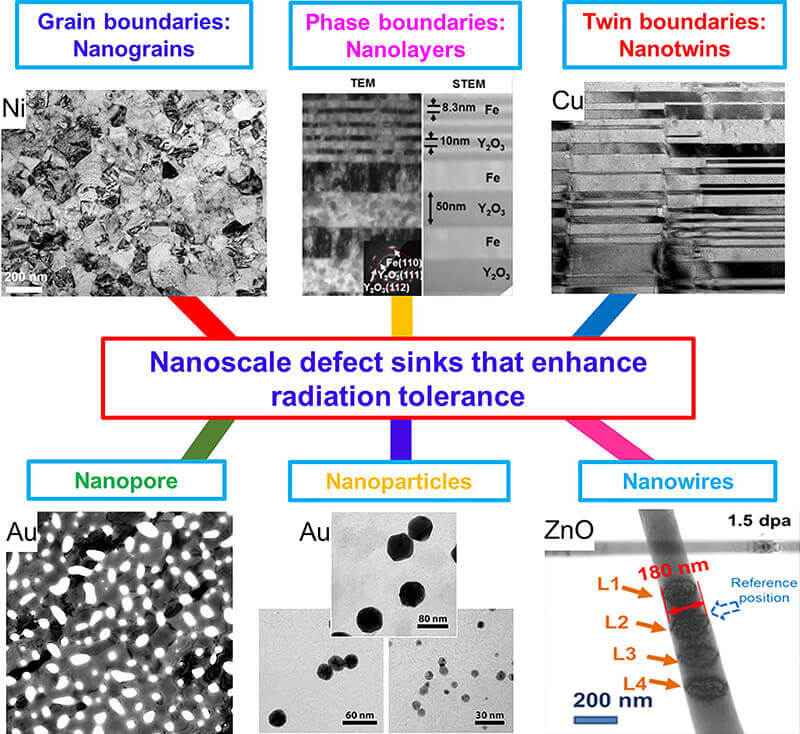 WEST LAFAYETTE, Ind. — A professor in the Purdue College of Engineering examined the potential use of various materials in nuclear reactors in an extensive review article in the journal Progress in Materials Science.

The article, titled “Radiation Damage in Nanostructured Materials,” was led by Xinghang Zhang, a professor of materials engineering. It will be published in the July issue of the journal.

Zhang said there is a significant demand for advanced materials that can survive high temperature and high doses of radiation. These materials contain significant amount of internal changes, called defect sinks, which are too small to be seen with the naked eye, but may form the next generation of materials used in nuclear reactors.

“Nanostructured materials with abundant internal defect sinks are promising as these materials have shown significantly improved radiation tolerance,” he said. “However, there are many challenges and fundamental science questions that remain to be solved before these materials can have applications in advanced nuclear reactors.”

The 100-page article, which took two years to write, focuses on metallic materials and metal-ceramic compounds and reviews types of internal material defects on the reduction of radiation damage in nanostructured materials.

Under the extreme radiation conditions, a large number of defects and their clusters are generated inside materials, and such significant microstructure damage often leads to degradation of the mechanical and physical properties of the materials

The article discusses the usage of a combination of defect sink networks to collaboratively improve the radiation tolerance of nanomaterials, while pointing out the need to improve the thermal and radiation stabilities of the defect sinks.

“The field of radiation damage in nanostructured materials is an exciting and rapidly evolving arena, enriched with challenges and opportunities,” Zhang said. “The integration of extensive research effort, resources and expertise in various fields may eventually lead to the design of advanced nanomaterials with unprecedented radiation tolerance.”

Jin Li, co-author of the review article and a postdoctoral fellow in the School of Materials Engineering, said researchers with different expertise worked collaboratively on the article, which contains more than 100 pages, 100 figures and 700 references.

The research at Purdue was funded by National Science Foundation Division of Materials Research-Metallic Materials and Nanostructures Program, and NSF Division of Civil, Mechanical and Manufacturing Innovation-Mechanics of Materials Program. 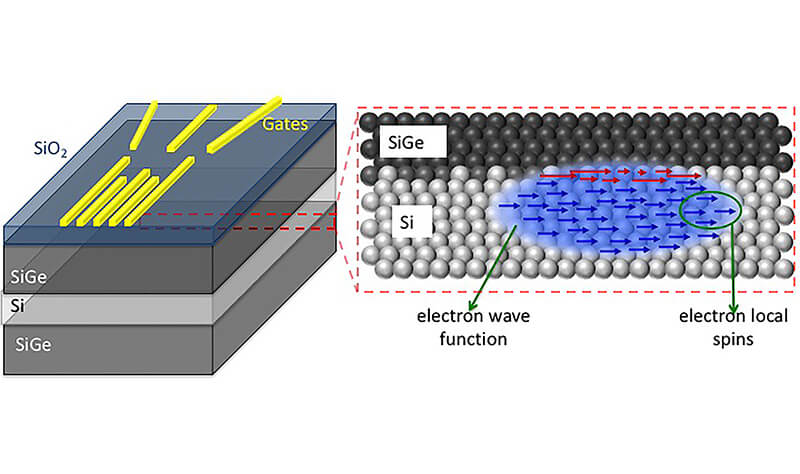 WEST LAFAYETTE, Ind. — Quantum bits are now easier to manipulate for devices in quantum computing, thanks to enhanced spin-orbit interaction in silicon.

A silicon quantum computer chip has the potential to hold millions of quantum bits, or qubits, for much faster information processing than with the bits of today’s computers. This translates to high-speed database searches, better cybersecurity and highly efficient simulation of materials and chemical processes.

Now, research groups from Purdue University, the Technological University of Delft, Netherlands and the University of Wisconsin-Madison have discovered that silicon has unique spin-orbit interactions that can enable the manipulation of qubits using electric fields, without the need for any artificial agents.

“Qubits encoded in the spins of electrons are especially long-lived in silicon, but they are difficult to control by electric fields. Spin-orbit interaction is an important knob for the design of qubits that was thought to be small in this material, traditionally,” said Rajib Rahman, research assistant professor in Purdue’s School of Electrical and Computer Engineering.

The strength of spin-orbit interaction, which is the interaction of an electron’s spin with its motion, is an important factor for the quality of a qubit. The researchers found more prominent spin-orbit interaction than usual at the surface of silicon where qubits are located in the form of so-called quantum dots – electrons confined in three dimensions. Rahman’s lab identified that this spin-orbit interaction is anisotropic in nature – meaning that it is dependent on the angle of an external magnetic field – and strongly affected by atomic details of the surface. 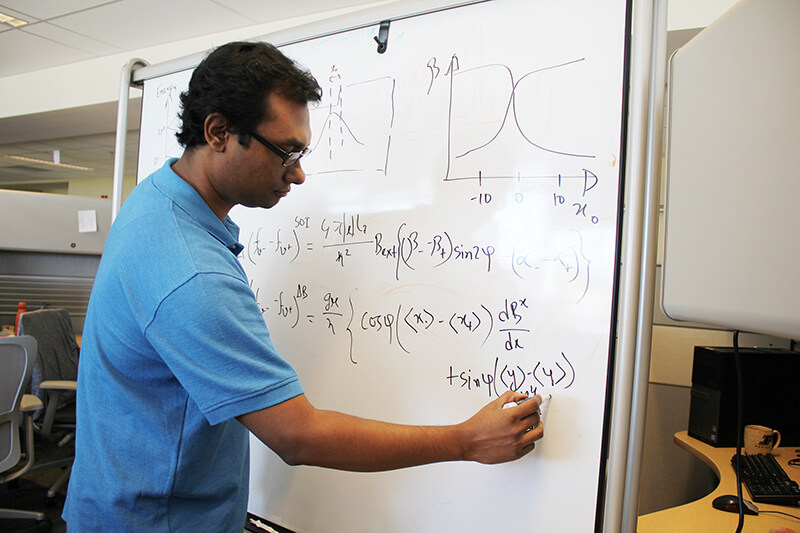 “This anisotropy can be employed to either enhance or minimize the strength of the spin-orbit interaction,” said Rifat Ferdous, lead author of this work and a Purdue graduate research assistant in electrical and computer engineering. Spin-orbit interaction then affects qubits.

The researchers published their findings on June 5 in Nature Partner Journals – Quantum Information. The Wisconsin-Madison team fabricated the silicon device, the Delft team performed the experiments and the Purdue team led the theoretical investigation of the experimental observations. This work is supported by the Army Research Office, U.S. Department of Energy, the National Science Foundation and the European Research Council.

Upcoming work in Rahman’s lab will focus on taking advantage of the anisotropic nature of spin-orbit interactions to further enhance the coherence and control of qubits, and, therefore, the scaling up of quantum computer chips.

Spin qubits hosted in silicon (Si) quantum dots (QD) are attractive due to their exceptionally long coherence times and compatibility with the silicon transistor platform. To achieve electrical control of spins for qubit scalability, recent experiments have utilized gradient magnetic fields from integrated micro-magnets to produce an extrinsic coupling between spin and charge, thereby electrically driving electron spin resonance (ESR). However, spins in silicon QDs experience a complex interplay between spin, charge, and valley degrees of freedom, influenced by the atomic scale details of the confining interface. Here, we report experimental observation of a valley dependent anisotropic spin splitting in a Si QD with an integrated micro-magnet and an external magnetic field. We show by atomistic calculations that the spin-orbit interaction (SOI), which is often ignored in bulk silicon, plays a major role in the measured anisotropy. Moreover, inhomogeneities such as interface steps strongly affect the spin splittings and their valley dependence. This atomic-scale understanding of the intrinsic and extrinsic factors controlling the valley dependent spin properties is a key requirement for successful manipulation of quantum information in Si QDs.