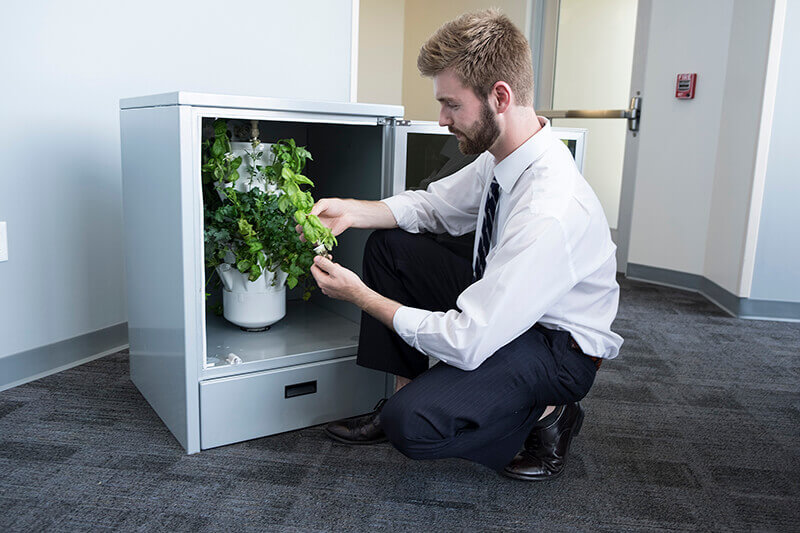 WEST LAFAYETTE, Ind. – A Purdue University-affiliated startup that seeks to redefine “farm-to-table” when it comes to garden vegetables by delivering its first orders of an appliance that fits under a kitchen counter and grows produce year-round.

Heliponix LLC, founded by two Purdue University graduates, has begun taking orders on its GroPod, a dishwasher-sized device its creators believe will disrupt the landscape of how food is produced in the face of looming worldwide food shortages and increasing concerns about chemical runoff polluting water sources, rampant food waste and water supplies diminishing on a global scale.

“It’s great for consumers and for the environment,” said Scott Massey, CEO of Heliponix.

The Heliponix GroPod allows people, even those living in inner cities with no access to land, to create perfect climate conditions so lettuce, spinach and other crops can flourish in their kitchens without using soil. The Gropod uses aeroponics, an efficient form of hydroponics that mists the plant roots rather than submerging the roots in a nutrient reservoir. It also uses targeted light-emitting diodes that give off the optimal light spectrum for photosynthesis. 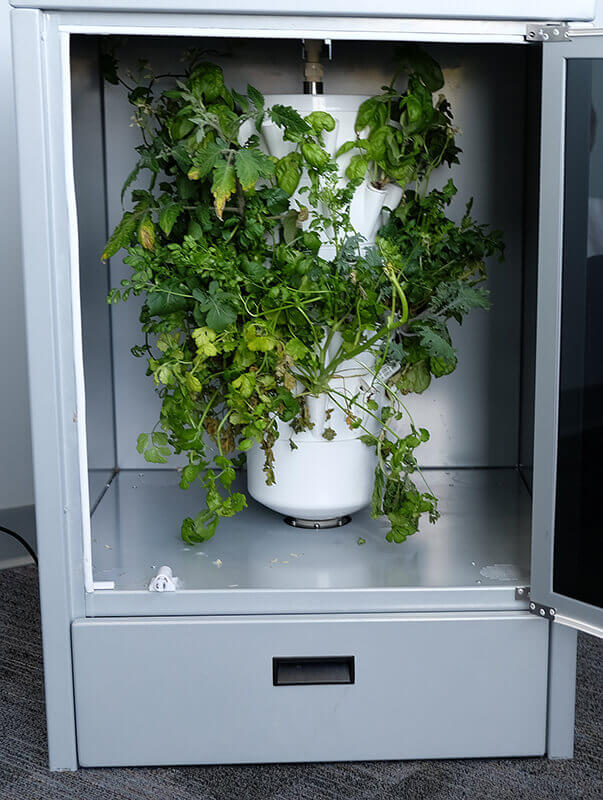 “Each Heliponix GroPod is connected to the internet through IoT software that eliminates the need to know how to farm by automating ideal growing conditions through aeroponics, which uses no pesticides and 95 percent less water than conventional agriculture. You don’t need to know how to program software, design hardware, or understand how to farm, the patented design has mastered that form and function,” said Ivan Ball, also a Heliponix co-founder.

The GroPod also uses less energy than conventional farming and can grow crops up to three times faster. It also takes up no land and reduces the need for food transportation. The GroPod is self-cleaning and can be taken apart in less than 30 seconds to wash the pieces in their dishwasher.

The founders estimate most Americans would save enough money growing their own organic produce that the GroPod could pay for itself in a couple of years.

Consumers can rip off a leaf of lettuce while letting the rest of the head to continue to grow, even when it is the dead of winter outside.

“You can’t get any fresher than this,” Massey said. “You never have to throw anything away. We hope this is going to shake things up in the ag world.”

The Heliponix founders believe the device could be as disruptive to the kitchen as refrigeration, which allowed people to safely store food inside their homes for longer periods without someone delivering ice. The GroPod will allow people to grow fresh food inside their kitchen daily without the need of going to the store. The common theme is the innovation eliminates the perishability of the goods. 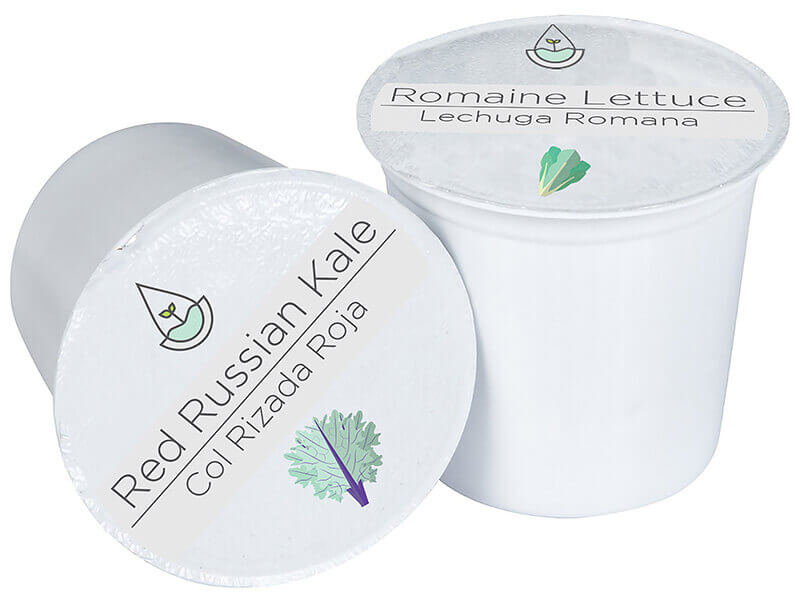 Growing a variety of crops in the Heliponix GroPod is easy. Users purchase seed cups, which are put inside the GroPod, and use aerponics to grow. (Image provided) Download image

“The moment you separate a plant from its roots, the nutrients begin to decay exponentially,”Massey said. “By the time it’s on display at the grocery store, some of the nutrients are gone. It’s amazing what happens when you let nature run its course, and flourish in the Heliponix GroPod.”

Inspired by their NASA research, they started a company called Heliponix (formerly Hydro Grow LLC) to commercialize their space-age appliance. The company was funded through business plan competition victories at other universities until Ball and Massey’s graduation at Purdue.

Since graduating in 2017, they both worked for Heliponix full time. The company has begun selling the first Heliponix GroPod and plans to eventually begin selling refrigerator-sized GroPods.

“We chose the name "Heliponix" by combining the word ‘helix’ with ‘hydroponics.’ Our goal is to find the most efficient form of agriculture, and that means farming with the least amount of space, energy and water without compromising our commitment to growing the highest quality food. For inspiration we looked to nature, and were influenced by the helix found in DNA segments. Through survival of the fittest, nature has already determined this to be the most efficient shape, and this has been a powerful influence on our work.”

Massey said taking part in programs at the Purdue Foundry, an entrepreneurship and commercialization accelerator in Discovery Park's Burton D. Morgan Center for Entrepreneurship at Purdue, was essential in helping get the company off the ground. Taking part in the FireStarter program, where innovators and entrepreneurs work through ideation and market discovery to prove out their ideas and determine a path forward to commercialize that idea, helped them with a business model, product identification and industry introductions. It also helped them win some cash awards, including $25,000 from the Purdue Ag-celerator, a plant sciences innovation fund operated by Purdue Ventures, and $20,000 for earning “Black Award” status from the Elevate Purdue Foundry Fund. .

“The Foundry has been a home-run success as a startup incubator for us, making the business introductions when needed, and making funding mechanisms available,” Massey said.