Samara Biotech LLC, a Purdue startup, has developed an easy-to-use method to inject oxygen “nanobubbles” intravenously so they can be targeted precisely at wounds or cancerous tumors. The bubbles do not actually do the therapies, but enhance other therapies, such as improving chemotherapeutics or radiation efficacy, said Pushpak Bhandari, Samara Biotech founder.

“It’s an oxygen delivery system at its core that can be applied toward many diseased states,” Bhandari said “Oxygen is critical in almost every biological process, so this helps in a variety of ways.”

Studies have shown that a lack of oxygen in tumor cells changes how cells function, contributing to cancer growth. Low oxygen, or hypoxia, is a major challenge in treating some cancers because it is common in a majority of malignant tumors. Tumor cells are starved of oxygen, causing them to become resistant to conventional treatments such as radiation and chemotherapy. This can lead to a need to increase radiation doses or chemotherapy concentration, which often adversely affects patients.

The nanobubble shells disintegrate inside the tumor cells, increasing the cellular oxygen levels. The release of oxygen inside the hypoxic cells destabilizes the hypoxia-driven pathways and inhibit tumor growth, Bhandari said. 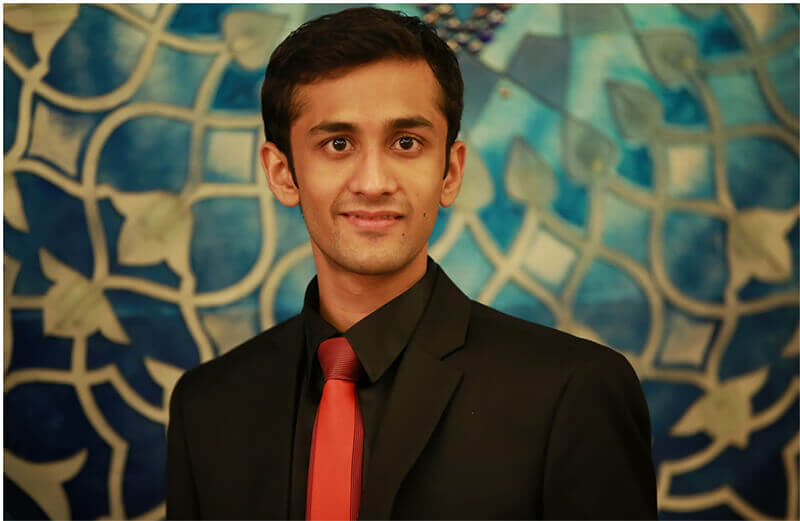 Pushpak Bhandari is the founder of Samara Biotech LLC and earned a doctorate in biological engineering from Purdue University in 2017. Samara Biotech has developed a method to inject oxygen nanobubbles intravenously to help with various medical treatments, including improving cancer therapeutics and helping wounds heal faster. (Image provided) Download image

Early testing published in the journals Nature Scientific Reports and ACS Nano shows that the oxygen nanobubbles are effective in significantly delaying tumor progression and improving survival rates in clinical trials. The nanobubbles can be guided precisely to a tumor using an ultrasound beam, which can lead to better efficacy while using a 50 percent lower concentration of a chemotherapeutic drug.

Bhandari believes the oxygen nanobubbles could be particularly effective against brain cancer, bladder cancer and certain sarcomas that are most common in bones, muscles, tendons, cartilage, nerves, fat and blood vessels.

Bhandari is continuing to look at other wound-healing applications, saying the method could be used to treat complications from diabetes and other illnesses.

He plans to begin his cancer studies in dogs initially because nearly half of all dogs die of cancer. He said he will be dealing only with naturally occurring cancer in dogs and hopes those studies will help advance and speed the research into human cancers. He said he has been working with Purdue’s College of Veterinary Medicine.

Bhandari started Samara Biotech in 2015, taking the name from a winged seed that allows the wind to carry it further from the parent. He said in Eastern philosophy it also connotes the circle of life.

The Purdue Office of Technology Commercialization filed a patent on the technology. The Purdue Foundry and the Purdue Research Foundation have been working with Bhandari to commercialize his research.

“We're looking for potential strategic partners,” Bhandari said. “We want to get the word out that there is a new technology that been evaluated quite well for a lot of different applications and we’re looking for more.”

Samara Biotech also plans to seek federal and private funding as it continues its research.

The Purdue Research Foundation is a private, nonprofit foundation created to advance the mission of Purdue University. Established in 1930, the foundation accepts gifts; administers trusts; funds scholarships and grants; acquires property; protects Purdue's intellectual property; and promotes entrepreneurial activities on behalf of Purdue. The foundation manages the Purdue Foundry, Purdue Office of Technology Commercialization, Purdue Research Park and Purdue Technology Centers. The foundation received the 2016 Innovation and Economic Prosperity Universities Award for Innovation from the Association of Public and Land-grant Universities. For more information about funding and investment opportunities in startups based on a Purdue innovation, contact the Purdue Foundry at foundry@prf.org. The Purdue Foundry is an entrepreneurship and commercialization accelerator in Discovery Park's Burton D. Morgan Center for Entrepreneurship whose professionals help Purdue innovators create startups