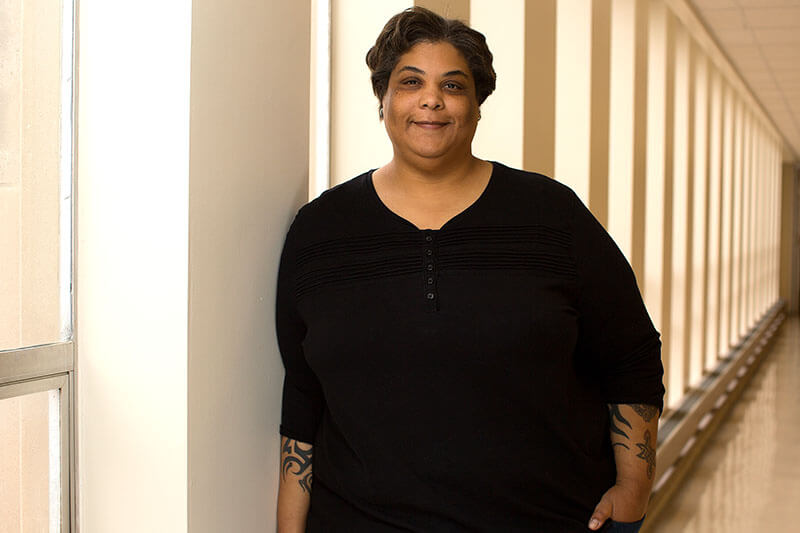 Gay, who was nominated in the field of nonfiction writing, is among a diverse group of 173 scholars, artists and scientists selected for the prestigious fellowship from a pool of nearly 3,000 applicants. She will use her portion of the Guggenheim grant to work on her forthcoming collection of essays titled “TV Guide,” which explore television and American culture.

“The Guggenheim Fellowship is among the most prominent awards for scholars and artists in the humanities,” said David A. Reingold, the Justin S. Morrill Dean of Liberal Arts. “Dr. Gay, whose work has been recognized for its candid and courageous honesty, clearly reflects the ‘exceptional creative ability’ for which the Guggenheim Fellows are intended.”

Gay also is the author of the novel “An Untamed State,” the story collections “Ayiti” and “Difficult Women,” and the Marvel comic book series “World of Wakanda,” as well as numerous short fiction stories, essays, reviews and articles. She is currently working on film and television projects, a book of writing advice and a novel titled “The Year I Learned Everything.” At Purdue, she teaches fiction and creative nonfiction in the Master of Fine Arts program and the undergraduate level.

Guggenheim fellowships support the work of artists, scholars and scientists who have shown prior achievement and exceptional promise. Since its inception in 1925, the fellowship has granted more than $360 million to support the work of more than 18,000 individuals. Gay is the second member of the Creative Writing faculty in the Department of English to receive a Guggenheim Fellowship. In 2005, Marianne Boruch, professor of English, was named a Fellow in the Poetry category.