Temperature swings could cause pothole problems for drivers 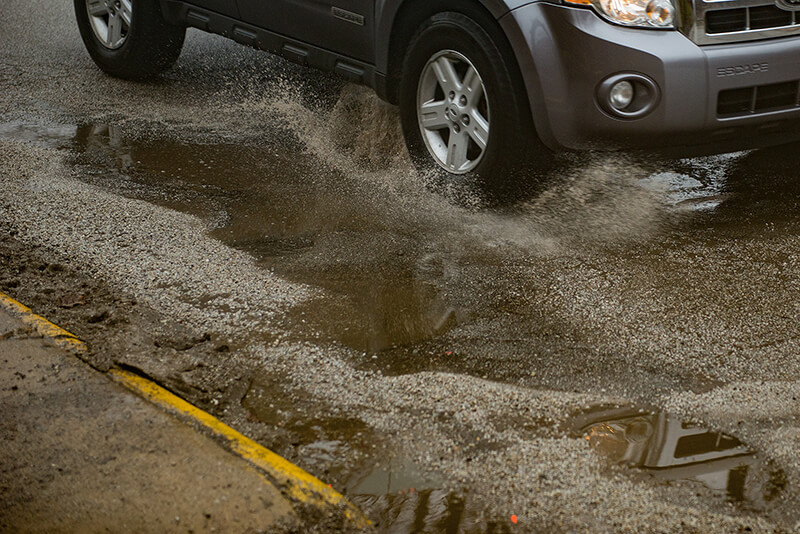 Incidents of freezing-thawing temperatures this winter may result in troublesome potholes as the season progresses.

John Haddock, a civil engineering professor and director of Indiana Local Technical Assistance Program, said the drastic nature of temperature swings isn’t as much of a factor as the temperatures themselves.

Warm spells of even a few hours can start melting frost penetration in the ground from the top down. Recent days of warmer weather already have melted almost off of the region’s latest round of snow.

Haddock said if not for the moisture in the roadway structure there would be no potholes. The moisture creates pockets of wet soil that don’t have the strength to support the pavement. Without support, the pavement is damaged by passing vehicles, creating potholes

Haddock said how quickly potholes are created depends on several factors, including traffic. Sometimes potholes can occur rapidly, but in other cases, they may appear more slowly.

“Generally speaking, traffic speed is less of a problem than traffic density and weight” in forming potholes, he said. “Obviously the more traffic, and the heavier the vehicles that travel over a weakened pavement structure, the higher the likelihood of pavement damage.”