Purdue researchers show concrete infused with wood nanocrystals is stronger, plan to use it in California bridge

Purdue University researchers are ready to test whether they can make a stronger bridge by using concrete infused with microscopic nanocrystals from wood. The researchers have been working with cellulose nanocrystals, byproducts generated by the paper, bioenergy, agriculture and pulp industries. (Image provided)

WEST LAFAYETTE, Ind. – Purdue University researchers studying whether concrete is made stronger by infusing it with microscopic-sized nanocrystals from wood are moving from the laboratory to the real world with a bridge that will be built in California this spring.

The researchers have been working with cellulose nanocrystals, byproducts generated by the paper, bioenergy, agriculture and pulp industries, to find the best mixture to strengthen concrete, the most common man-made material in the world.

“Simply getting out there where people can actually drive on it, I think, is a huge step because you can't just say it's a lab curiosity at that point. It has real-world implications,” said Jeffrey Youngblood, a Purdue professor of materials engineering.

Strengthening concrete could have other implications, such as making items made with concrete thinner and lighter while retaining the same strength with a potential side benefit of decreasing carbon dioxide released into the atmosphere. Cement plants account for an estimated 8 percent of global emissions of carbon dioxide, a main cause of climate change.

The catalyst for this potentially transformative change is a cellulose nanocrystal about 100 nanometers long and 5 nanometers wide, too small to be seen using an ordinary microscope. It can be seen only using an electron microscope. For perspective, a human hair is about 100,000 nanometers wide. Yet cellulose is the most common polymer in the world because it can be obtained from wood products, plants, bacteria and algae. 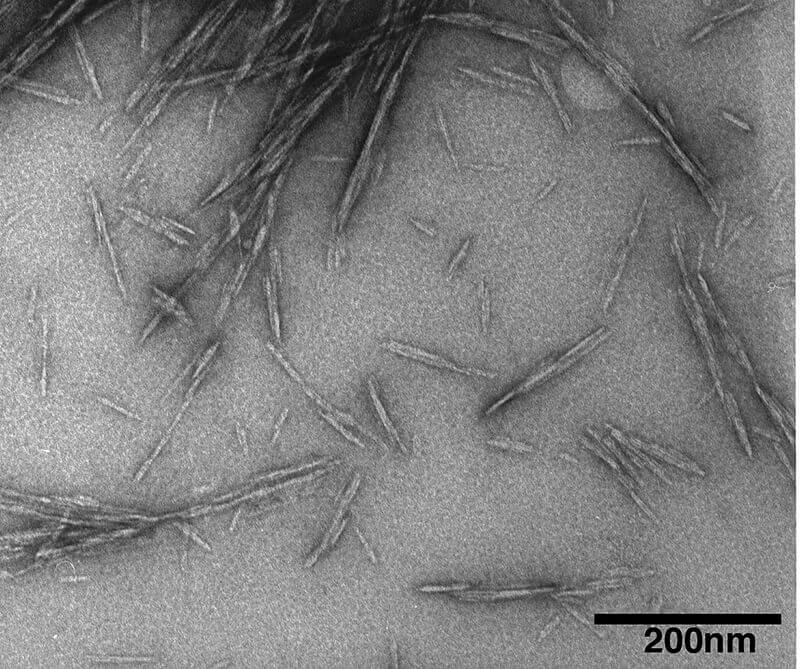 This transmission electron microscope shows cellulose nanocrystals, tiny structures derived from renewable sources that might be used to create a new class of biomaterials with many potential applications. The structures have been shown to increase strength of concrete. (Purdue Life Sciences Microscopy Center) Download image

Pablo Zavattieri, a professor in the Lyles School of Civil Engineering, said the cellulose nanocrystals provide an avenue for the water to go where it is needed. Not all cement particles are hydrated when concrete is mixed, which hampers the strength and durability of the concrete.

“The good thing about cellulose nanocrystals is it kind of creates a rail for the water to go into a particle, Zavattieri said.

Jason Weiss, the Miles Lowell and Margaret Watt Edwards Distinguished Chair in Engineering at Oregon State University, who previously was a professor at Purdue, said the cellulose nanocrystals make concrete more efficient because less mass is needed to make something that is equally strong.

“So it can be more sustainable and more efficient,” he said.

Youngblood said another benefit is that the cellulose-infused concrete sets faster, which means less waiting for concrete to cure when using forms to make bridges or for oil drilling.

“Because every day that a crew is out there not pumping oil is a day losing money,” Youngblood said. 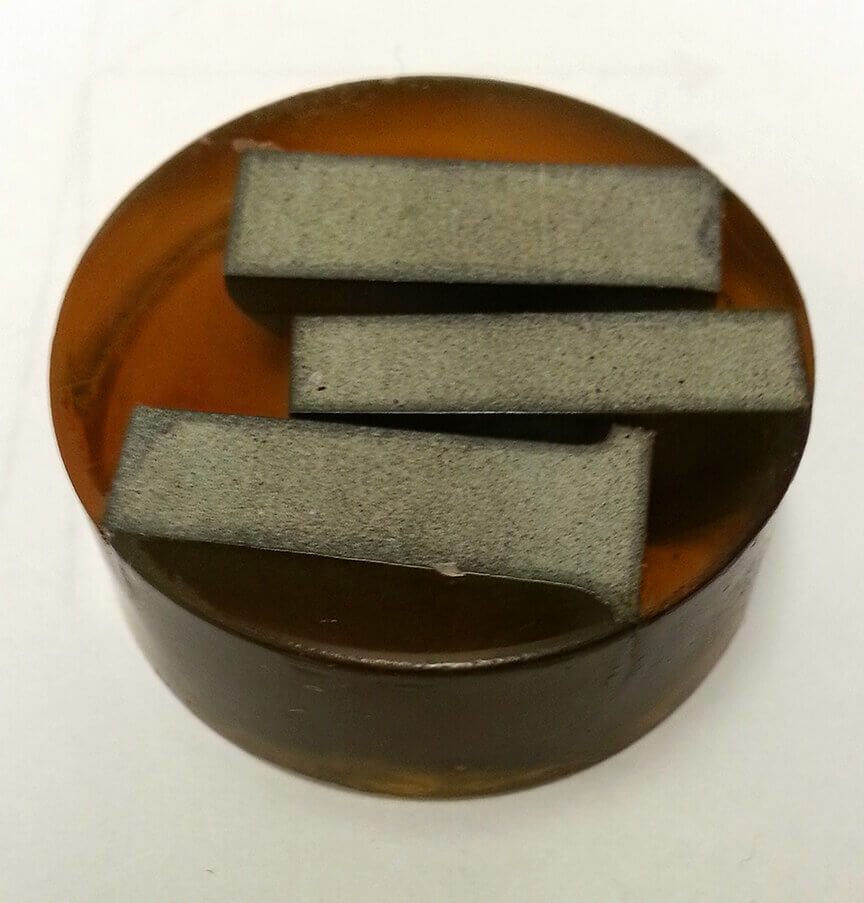 The researchers say the work in scaling to concrete and preparing for the bridge in California is a partnership between Purdue, Oregon State University, P3Nano and others. P3Nano is a public-private partnership designed to support the commercialization of cellulosic nanomaterial.  P3Nano has been actively involved in the full-scale trials and is the sponsor of the project at Oregon State University to demonstrate full-scale applications of cellulose nanocrystals in bridges and flat slabs. The exact bridge in California where the cellulose-infused concrete will be used has not yet been determined.

The Purdue researchers began looking into cellulose a decade ago in collaboration with Robert Moon, a researcher from the U.S. Forest Service Forest Products Laboratory, who was based at Purdue at the time. The Forest Service was looking for uses for diseased, damaged and small-diameter logs, which are plentiful in forests.

Youngblood, who works primarily with plastics, said the challenge initially was determining where the water-soluble cellulose nanocrystals could be used. The idea of using it in concrete came to him while digging a posthole and preparing concrete. That’s where the research began.

Youngblood said the researchers quickly found that the cellulose nanocrystals made the concrete stronger, but they didn’t know why.

“I walked down to the office of Jason Weiss and showed him the data and he said it shouldn’t work because the cellulose nanocrystals are too small. That’s when we realized we had something, because if something based on how things normally work, based on theories or whatever, shouldn't work and it does, that's when you usually have found something important,” Youngblood said. “That's how it all started.”

The research was funded in part by the National Science Foundation. Weiss said NSF work led to pastes that were tested that helped researchers understand that cellulose nanocrystals are not acting like conventional fibers but rather are altering the microstructure.

Blaine Kunkel, CEO of Nano-Green Biorefineries Inc., which has a license agreement with the  Purdue Research Foundation Office of Technology Commercialization to commercialize the technology, said the company is excited about the potential of cellulose nanocrystals.

“We view this as transformational technology,” he said.