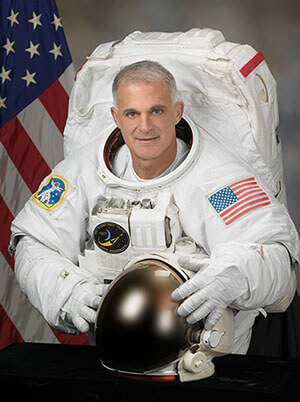 The appointments were announced on Tuesday (Feb. 20) by Vice President Mike Pence during an event at Kennedy Space Center, Cape Canaveral, Florida.

The men are among 29 individuals selected to serve on the advisory group from non-federal organizations, such as private industry. They will provide expertise and perspectives in relevant fields.

The group is sponsored by NASA and reports to the National Space Council on a range of issues. The council was re-established in June after disbanding in 1993. It is intended to give direction to U.S. space policy.

“David and Fred are ideal selections for this assignment,” said Purdue President Mitch Daniels, who served as co-chair of the National Research Council’s Committee on Human Space Flight in 2013-14. “As an engineer, a physician, an inventor and, of course, a veteran astronaut, David will bring a uniquely broad perspective to the task of charting the way forward to the next era of discovery. Likewise, Fred’s acumen in business, fiscal and civic responsibility and his experiences as an Air Force officer will serve this program well.”

Wolf, an Indianapolis native logged 168 days in space over four separate space shuttle missions, including 128 days aboard the Russian Mir space station and led the “spacewalk” team that constructed the International Space Station.

“It is such an honor to represent Purdue as we plot the course to our next “giant leaps” in human achievement, demonstrating we are truly without limits,” he said. “There is no question that it is Purdue that provided my opportunities to contribute to our Space Program.

“Our country demands to lead the world in space. Our fine students and faculty are sustaining the Purdue tradition of providing the very best to NASA as well as other endeavors.”

From 1983-1990, Wolf led NASA teams producing medical research instrumentation for spaceflight, including state-of-the-art technology for three-dimensional tissue engineering. His initial work at NASA stemmed directly from his research while at Purdue in medical ultrasonics.

A medical doctor, electrical engineer and inventor, Wolf has been awarded 17 U.S. patents, received the NASA Exceptional Engineering Achievement Medal in 1990, and was named the NASA Inventor of the Year in 1992.

In 2011, Wolf was inducted into the Space Foundation’s Space Technology Hall of Fame for his work in developing the bioreactor, a device that enables the growth of tissue, cancer tumors and virus cultures outside the body in space and on Earth and is now deployed world-wide as state-of-the-art technology.

Wolf earned a bachelor’s degree in electrical engineering at Purdue in 1978. He was selected as a NASA astronaut in 1990 and is trained as both an astronaut and Russian cosmonaut. Wolf retired from NASA in December 2012 to pursue new entrepreneurial challenges and serve as a visiting professor at Purdue.

“Purdue Engineering has always been deeply proud of our astronaut alumni and many faculty and students who have contributed to the exploration of space over the decades,” said Mung Chiang, the John A. Edwardson Dean of the College of Engineering.

“Today we are very excited that David Wolf, a remarkable alumnus and a visiting professor in aeronautics and astronautics, has been selected to the Users Advisory Group for the National Space Council. David’s intelligence, passion and experience will contribute significantly to the national conversation on the future of space.”

“As a Purdue engineering alum, Dr. Wolf’s selection shows that Purdue engineers are still in the highest levels of leadership in aerospace,” he said. “Our Purdue undergraduates will benefit even more from working with Dr. Wolf throughout the semester. His professional accomplishments and dedication to our students are inspiring.” 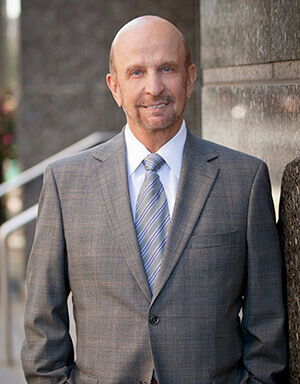 Klipsch is a 1964 alumnus with a bachelor’s degree in industrial education from the former College of Technology (now the Purdue Polytechnic Institute). He received an honorary doctorate in 2007 in technology. He was active in Air Force ROTC while at Purdue and was subsequently commissioned an officer upon graduation in the Air Force Space Systems Division in Los Angeles.

“I feel both honored and privileged to be asked to participate in this effort,” he said. “A renewed focus on U.S. leadership in space exploration is a critical priority for our county.”

Raised in Indianapolis, Klipsch has remained involved with the university as a frequent benefactor and active supporter.

“Fred’s selection to serve on the Users Advisory Group of the National Space Council is a great reflection of his tremendous skills and his strategic thinking and experience in leading organizations,” said Gary Bertoline, dean of the Purdue Polytechnic Institute. “These are the same attributes Fred has graciously shared with the Polytechnic Institute while serving on the Dean’s Council for over 20 years.”

Klipsch has had a variety of entrepreneurial achievements during his career in two disparate industries: health care and consumer electronics. He purchased Hospital Affiliates in 1989 and successfully executed a NYSE IPO in 2002 under the name Windrose Medical Properties Trust.

In 2006 Windrose, with over $1 billion in assets, merged with Healthcare REIT (also a NYSE company.) Klipsch assumed the position of vice chairman and continues to be an active member of the board of directors.

Klipsch and his wife, Judy, purchased Klipsch Audio Technologies, a boutique home performance sound company, also in 1989. When the company was sold in 2011 for $166 million, it had achieved global dominance.

He continues to serve as chairman of Hoosiers for Quality Education, helping provide Indiana with policy, political and business resources necessary to help all children regardless of where they live or their parents’ income to have access to a quality education.

Collaborating with political and business leaders as well as education activists, Klipsch has worked to help enact a series of major initiatives, including the expansion of educational choice through the establishment of both a voucher and tax credit scholarship program, merit pay for teachers, school accountability standards, and charter school expansion.

Fred and Judy Klipsch just recently provided a major endowment to Marian University in support of their new Educators College for teachers.