The PICS technology, which received funding from the Bill & Melinda Gates Foundation, is a triple layer sealed plastic bag that cuts off the oxygen supply to create hermetic conditions, thereby eliminating insect damage in storage of dry grain. The use of PICS bags provides farmers the flexibility to sell their grains when they choose while supplying healthy, clean and insecticide-free food to their families throughout the year. In addition to the physical bags, the PICS project also provides demonstration of the bags and training to farmers.

Larry Murdock, a distinguished professor in Purdue’s Department of Entomology in the College of Agriculture, invented the PICS technology. Along with Murdock, Dieudonné Baributsa, an associate professor of entomology, and Laurie Kitch, a former Ph.D. student of Murdock’s, founded PICS Global Inc., a company with a goal of providing a chemical-free, low-cost method to improve food availability for millions of farmers around the world.

Murdock said the PICS journey started in the 1980s.

“In the late 1980s I traveled to Cameroon, Africa, and after talking with farmers I became convinced that post-harvest losses were one of the major constraints for farmers, preventing them from increasing production, feeding their families, and maintaining a livelihood,” he said. “At first I wanted to address post-harvest storage for specifically cowpeas, or black-eyed peas.” 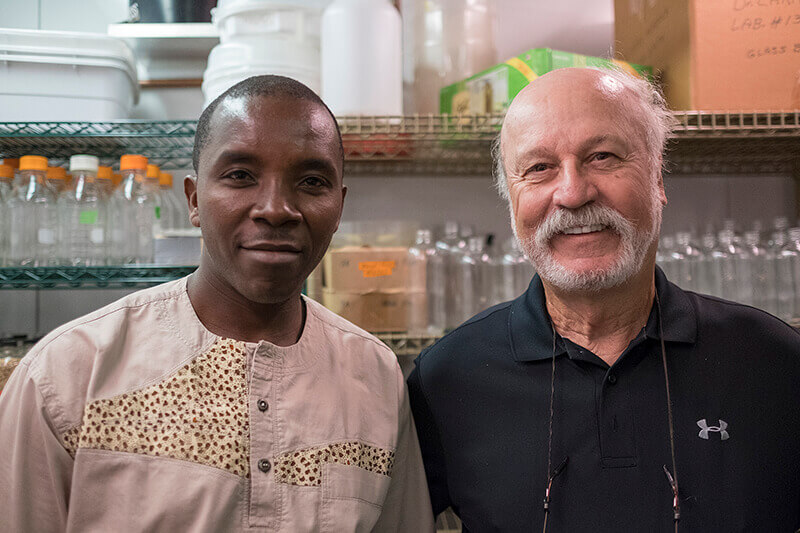 In 2007, Murdock and his Purdue-based associates received $12 million from the Bill & Melinda Gates Foundation for the first phase of the PICS project, PICS1. PICS1 was implemented in 10 countries in West and Central Africa, including Nigeria, Niger, Burkina Faso, Ghana, Mali, Senegal, Cameroon, Benin, Togo and Chad. By the end of 2013, the project had reached 31,000 villages and 1.7 million farmers, and 2.5 million bags had been sold.

“Although initially the bags were specifically made for cowpea storage, it wasn’t long until farmers started asking about using the bags for other crops,” Baributsa said. “We tested crops all around the world including Afghanistan, India and several countries in Sub-Saharan Africa.” "We determined that the bags were good for storage of all these other crops without modification.”

In 2014, the PICS team received the third grant from the Gates Foundation for a five-year project to commercialize the bags in Sub-Saharan Africa to improve market access and food security among smallholder farmers. The bags are being promoted in seven countries -- three in West Africa, three in East Africa, and one in Southern Africa.

Ten years after the current version of the PICS bag started to be disseminated, PICS Global was established to leverage the success of the project by finding ways to reach larger markets outside of Africa and align the supply chain to provide the bags to farmers more efficiently.

“Through the Gates supported project we already had sales up to a significant enough level that made us believe we would be able to form a successful business,” said Kitch, who also serves as CEO of the company. 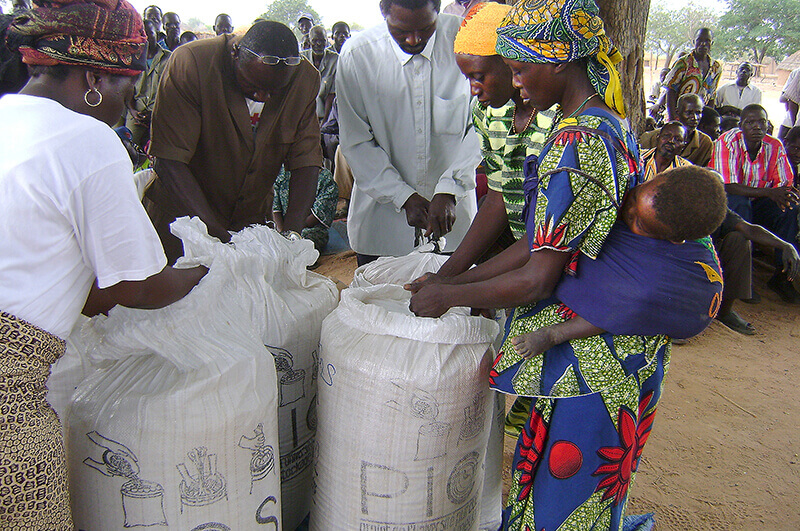 Purdue Improved Crop Storage bags are opened during a ceremony in Pala, Chad. The hermetic grain storage bags have allowed farmers in Africa to safely store their grains so they can sell their crop well beyond harvest. PICS Global Inc. is making the bags commercially available for farmers worldwide. (Purdue Agricultural Communication photo/Beksoubo Damienne) Download image

Baributsa said the aim of PICS Global is to reduce post-harvest losses at the farm level by providing PICS bags to farmers all over the world through an extensive, efficient and effective supply chain.

“Right now our big question is, how do we get into larger markets like India, Nepal or Bangladesh where we don’t have a primary donor to fund the project? That’s why we started nurturing the idea of a private company,” he said. “A private company will also help us better align the supply chain so we are able to produce enough bags, and get them to farmers at the right time and fast enough.”

By 2017 the project had reached more than 56,000 villages, 5 million farmers had been trained and more than 12.5 million bags had been sold.

Baributsa said the company has a large opportunity to expand its products reach.

“The potential for the number of bags to be sold is much larger than what we’ve been able to reach so far. Of the seven countries we are currently in, there is a potential to sell 8 million bags per year. Last year, more than 3.8 million bags were sold around the world,” he said. “We started this company to reach that potential and increase access to these bags for farmers in different areas of the world, not just Africa. PICS Global will allow us to reorganize, strengthen and improve the supply chain so the bags are produced in large quantities and the distribution process is more efficient.”

Baributsa said the company is looking into consolidating manufacturing.

PICS Global also plans to have subsidiaries in specific regions and partner with existing licensees or new ones to establish joint venture manufacturing and/or distribution companies.

“First and foremost we are a social enterprise. The majority of the money generated by the PICS bags remains in the developing countries they are sold,” Kitch said. “Our work not only provides benefits to farmers themselves, but also provides valuable income to local actors in the supply chain. We are establishing ourselves as a global platform for social impact and are opening up opportunities for social impact investors to invest on the ground in joint venture partnerships with PICS Global.”

PICS Global was established to develop and manage a world class manufacturing and distribution network for the PICS Trademark, thereby improving market access and food security among smallholder farmers around the world. This is being accomplished through the adoption of a more commercial approach to the trademark licensing process and by actively assisting PICS Licensees in market development and awareness building activities.

The Purdue Research Foundation Office of Technology Commercialization operates one of the most comprehensive technology transfer programs among leading research universities in the United States. Services provided by this office support the economic development initiatives of Purdue University and benefit the university's academic activities. The office is managed by the Purdue Research Foundation, which received the 2016 Innovation and Economic Prosperity Universities Award for Innovation from the Association of Public and Land-grant Universities. For more information about funding and investment opportunities in startups based on a Purdue innovation, contact the Purdue Foundry at foundry@prf.org. For more information on licensing a Purdue innovation, contact the Office of Technology Commercialization at innovation@prf.org.