Archaeologist wraps up excavation in Tombos, Sudan in the Nile River Valley

WEST LAFAYETTE, Ind. — A Purdue University bioarchaeologist finished another field season looking at immigration and colonization during the New Kingdom occupation of Nubia in about 1400 B.C. along the Nile River Valley.

While most research focuses on Egyptians and their legacy, Michele Buzon, a professor of anthropology, is using health and cultural evidence from more than 3,000-year-old burial sites to understand the lives of Nubians and Egyptians during the New Kingdom Empire. This is when Egyptians colonized the area in about 1500 B.C. to gain access to trade routes on the Nile River.

“Tombos is a colonial cemetery that is related to a town that was built during the New Kingdom occupation of Nubia in about 1400 B.C. And it spans the time period from this New Kingdom colonial period through the Napatan dynasty, the 25th dynasty when Nubia was ruling Egypt,” Buzon said. “During the last few field seasons we’ve been focusing on the elite pyramid tombs to get a sense of who the people – possibly colonists from Egypt – who moved to Nubia were and what their lives were like.” 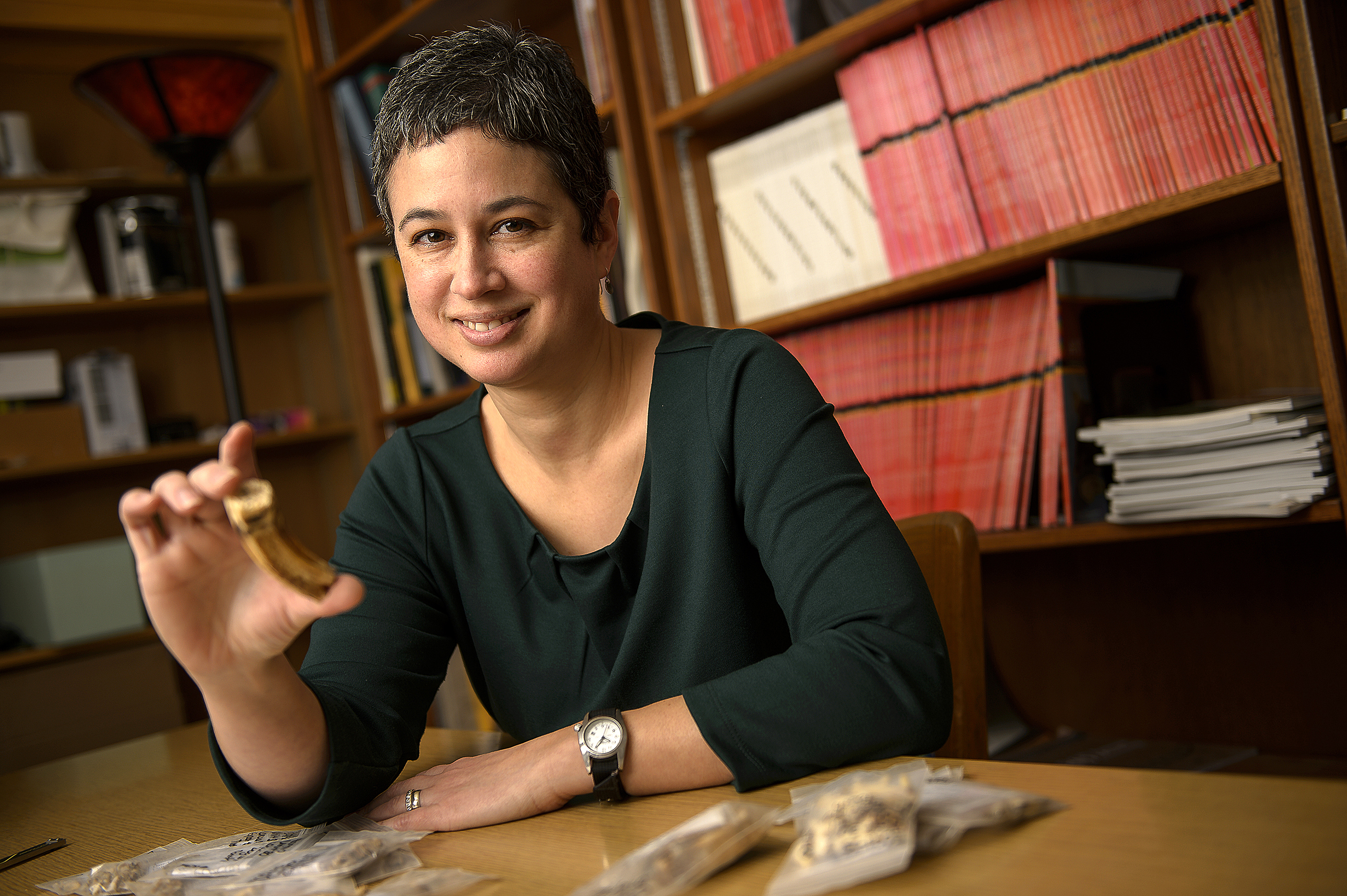 This is the third and final season Buzon and her team have excavated these ancient burial sites as part of a National Science Foundation grant. The project is in collaboration with Stuart Tyson Smith, anthropology professor at the University of California, Santa Barbara. Purdue doctoral students Katie Whitmore, Sarah Caldwell and Kaitlyn Sanders also participated in the excavation.

“One of the challenges of this season was looking at the very deep pyramid tombs, about 20 feet,” said Buzon, who has excavated in the Sudan Desert seven times. “We kept hitting the water table, and the tombs were difficulty to stabilize, and an architect is on site to assist with any stabilization. These deeper tombs are where the elite individuals were buried. We were able to find subsidiary tombs, which are located adjacent to the pyramids, and these were much shallower and in better condition. This gave us an interesting look at a lower class of individuals, and this increased our sample of children which will give us a better understanding of health across the whole life course, thus completing a picture of what health was like in the past.”

During the 2017 excavation which concluded in March, the team recovered remains from about 25 individuals which increased the sample size to better determine the health and whether Egyptians and Nubians married. Buzon uses strontium isotope analysis to identify first generation immigrants and paleopathology – the study of ancient diseases. This allows her to evaluate for nutritional deficiencies and evidence of disease. Through cranial measurements and non-metric traits, she can determine biological relatedness between the individuals and combining that with burial positions, she can determine if Egyptians and Nubians intermarried as well as their social status.

The research team also has collected several hundred artifacts from the three seasons. The items range from a small bead to cosmetic tools to a bowl of juniper berries to a mirror to a piece of coffin fragment.