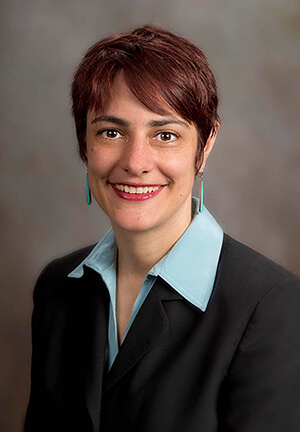 Leah Jamieson, the John A. Edwardson Dean of Engineering, announced Tuesday (March 28) the next Kamyar Haghighi Head of the School of Engineering Education will be Donna Riley, a professor at Virginia Tech.

Riley worked as program director for Engineering Education at the National Science Foundation. Prior to that, she spent 13 years as a founding faculty member of the Picker Engineering Program at Smith College, the first engineering program at a U.S. women’s college.

Jamieson called Riley a “thought leader in the field” and cited her achievements in both research and teaching.

Most recently, Riley received the 2016 Alfred N. Goldsmith Award from the Institute of Electrical and Electronics Engineers Professional Communications Society. She is the author of two books and a 2005 recipient of a CAREER award from NSF.

Purdue’s School of Engineering Education was created in 2004, under the leadership of Professor Kamyar Haghighi. It was the first department or school of its kind in the nation.