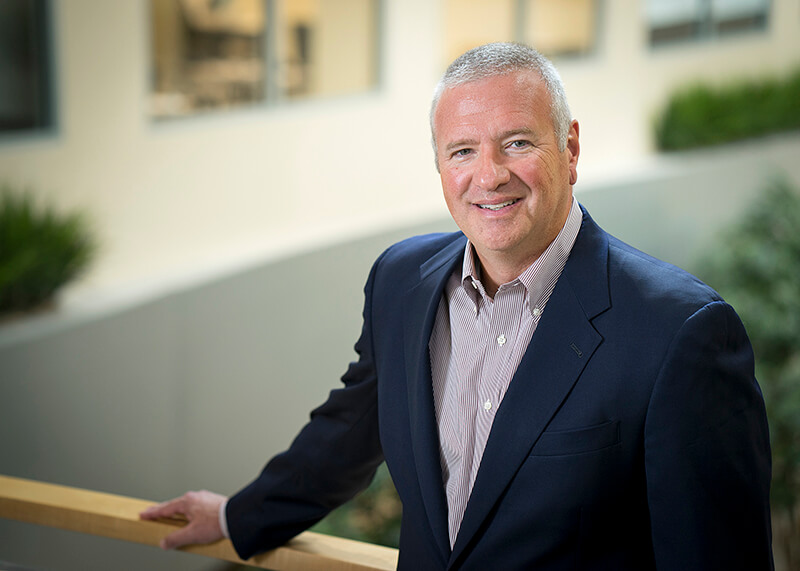 WEST LAFAYETTE, Ind. — Purdue President Mitch Daniels announced Thursday (March 30) the appointment of Brian Edelman as the new president of the Purdue Research Foundation. Dan Hasler will continue to serve as the foundation’s chief entrepreneurial officer. Hasler has filled both roles since 2013.

“Over the last four years, Dan has been one of the Purdue community’s most valuable players,” Daniels said. “It’s because of him that we are now recognized worldwide as an Entrepreneur U. It’s vital, and we are fortunate that he will continue to promote Purdue as a place of entrepreneurship.”

Edelman joined PRF in 2015 as the foundation’s chief financial officer and treasurer and was promoted to chief operating officer a year later. Daniels, who also serves as the chairman of the board of the Purdue Research Foundation, praised Edelman’s abilities.

“After a stellar business career, Brian quickly grasped the foundation’s potential and is fully prepared to take over as its president,” he said. “I, and the board, have every confidence in his leadership.”

In 2013, Daniels assigned Hasler and PRF to coordinate, streamline and lead all activities related to the commercialization of Purdue research and the promotion of entrepreneurialism. In the proceeding years, Purdue shattered school records in the area, benefiting both faculty and the local economy.

The progress has been rapid and unprecedented. In 2012, Purdue faculty founded just five startups using Purdue-licensed research. In 2016, they created 27 such companies. Faculty also garnered 118 U.S. patents in 2016, more than twice the amount awarded in 2012. Purdue now ranks No. 15 in the world for the number of utility patents awarded annually, up from No. 34 four years ago. Licensing agreements of Purdue innovations also have climbed under Hasler’s leadership, rising from 77 in 2012 to 147 in 2016.

The rapid improvements in these areas led the Association of Public and Land-grant Universities to name Purdue as its top recipient in “Innovation” for its commercialization systems in 2016, and the National Business Incubation Association awarded Purdue the association’s highest honor, naming the Purdue network as the Business Incubator of the Year in 2014.

“Brian is ready to continue our gains, and I’m delighted to have the opportunity to focus entirely on entrepreneurship and technology commercialization at Purdue,” Hasler said. “I feel that truly, we have only scratched the surface of the high-impact opportunities that characterize the potential of a land-grant university.”

Edelman and Hasler will assume their new roles on May 1.

“Purdue and the foundation are quite fortunate to retain Dan’s leadership and passion for innovation and its commercialization,” Edelman said. “These are exciting times for PRF and Purdue, and I look forward to working with Purdue leaders and the PRF team to accomplish our goals.”

The Purdue Research Foundation is a private, nonprofit foundation created to advance the mission of Purdue University. Established in 1930, the foundation accepts gifts; administers trusts; funds scholarships and grants; acquires property; protects Purdue's intellectual property; and promotes entrepreneurial activities on behalf of Purdue. The foundation manages the Purdue Foundry, Purdue Office of Technology Commercialization, Purdue Research Park and Purdue Technology Centers. The foundation received the 2016 Innovation and Economic Prosperity Universities Award for Innovation from the Association of Public and Land-Grant Universities. For more information about funding and investment opportunities in startups based on a Purdue innovation, contact the Purdue Foundry at foundry@prf.org.