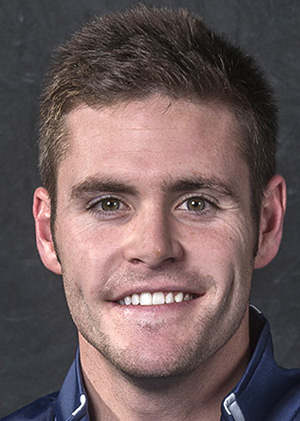 WEST LAFAYETTE, Ind. — Fresh off the Rio Olympics, where he captured silver and bronze medals, Purdue alumnus David Boudia will be the featured speaker at the university's 16th annual Krannert Leadership Speakers Series on Sept. 29 at the Indiana Roof Ballroom in Indianapolis.

Boudia is a four-time Olympic medalist. The 2013 Purdue graduate from the College of Liberal Arts took gold and bronze medals for finishing first and third in diving events at the 2012 London Olympics. He teamed with fellow Boilermaker Steele Johnson to claim silver in the 10-meter synchronized diving competition at the recently completed Rio Olympics before capturing the bronze medal in the 10-meter individual event. He is the first American diver to win individual 10-meter medals in back-to-back Olympics since Greg Louganis in 1984 and 1988.

Beginning his diving career at age 11, Boudia has found success throughout his athletic career. He has won 16 national titles, including six NCAA championships as a Purdue diver. He was a judge on the ABC television reality series "Celebrity Splash" in 2013.

Boudia credits his strong Christian faith in helping guide him through the tough times, particularly the 2008 Olympics. He has written a book, "Greater Than Gold: From Olympic Heartbreak to Ultimate Redemption."

Tickets for the dinner are available to the general public for $100 per person, $50 of which qualifies as a charitable donation. All dinner guests will receive a copy of Boudia’s book. Ticket information is online at http://krannert.purdue.edu/events/lss or by calling (765) 494-0901. Specially priced tickets are available for Purdue faculty, staff and students. Proceeds from the event go to Krannert undergraduate and graduate scholarships.

Note to Journalists: Media interested in covering the event should contact Tim Newton, Krannert director of external relations, at 765-496-7271, tnewton@purdue.edu. No video or audiotaping will be permitted.