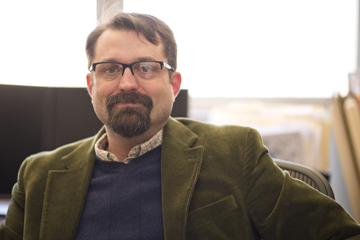 “This is not a surprise based on oral history and other archaeological finds, and it was just a matter of time before we had a good example of Eurasian metal that had been traded,” said H. Kory Cooper, an associate professor of anthropology, who led the artifacts’ metallurgical analysis. “We believe these smelted alloys were made somewhere in Eurasia and traded to Siberia and then traded across the Bering Strait to ancestral Inuits people, also known as Thule culture, in Alaska. Locally available metal in parts of the Arctic, such as native metal, copper and meteoritic and telluric iron were used by ancient Inuit people for tools and to sometimes indicate status. Two of the Cape Espenberg items that were found – a bead and a buckle — are heavily leaded bronze artifacts. Both are from a house at the site dating to the Late Prehistoric Period, around 1100-1300 AD, which is before sustained European contact in the late 18th century.”

The findings are published in Elsevier’s Journal of Archaeological Science, and the research was funded by the National Science Foundation’s Division of Polar Programs Arctic Social Sciences.

“This article focuses on a small finding with really interesting implications,” said Cooper, who also has a courtesy appointment in materials engineering and is an expert in metallurgy and archaeology in the western Arctic and Subarctic. “This will cause other people to think about the Arctic differently. Some have presented the Arctic and Subarctic regions as backwater areas with no technological innovation because there was a very small population at the time. That doesn’t mean interesting things weren’t happening, and this shows that locals were not only using locally available metals but were also obtaining metals from elsewhere.”

The items were found on Alaska’s northwest coast at Cape Espenberg on the Seward Peninsula where the Thule people lived in houses. The field work was led by Owen K. Mason and John F. Hoffecker, both of the Institute of Arctic and Alpine Research at the University of Colorado, Boulder. From 2009-2011, their team excavated a variety of artifacts including six items with metal. Cooper coordinated the metallurgical analysis.

Metal artifacts are rarely found because they were usually used until they were worn down and, therefore, not well preserved at field sites.

“These items are remarkable due to curation and preservation issues,” Cooper said.

The cylindrical bead and a fragment of a small buckle strap-guide are composed of leaded bronze, which is an alloy of copper, tin and lead. The fragmented leather strap on the buckle provided radiocarbon dating, and the item was dated to 500-800 years old, although the metal could be older.

“The belt buckle also is considered an industrial product and is an unprecedented find for this time,” Cooper said. “It resembles a buckle used as part of a horse harness that would have been used in north-central China during the first six centuries before the Common Era.”

Three of the other four items from another house were determined to be copper – a piece of bone fishing tackle with a copper hook, an eyed copper needle and a small fragment of sheet copper. The final item was a bone fishing lure with iron inset eyes. All items were analyzed with X-ray fluorescence technology.

This house is considerably younger, dating to the 17th to 18th centuries, and is part of a trading network in Alaskan native copper.

Note to Journalists: Copies of this paper are available to credentialed journalists upon request; please contact Elsevier's Newsroom at newsroom@elsevier.com or +31 20 485 2492.

Abstract: Six metal and composite metal artifacts were excavated from a late prehistoric archaeological context at Cape Espenberg on the northern coast of the Seward Peninsula in Alaska. X-ray fluorescence identified two of these artifacts as smelted industrial alloys with large proportions of tin and lead. The presence of smelted alloys in a prehistoric Inuit context in northwest Alaska is demonstrated here for the first time and indicates the movement of Eurasian metal across the Bering Strait into North America before sustained contact with Europeans.

Highlights: A variety of metals were used by the ancient inhabitants of Arctic and Subarctic North America. We analyzed six metal and composite metal artifacts from a prehistoric context on the western coast of Alaska non-destructively using X-ray fluorescence. Two of these artifacts are copper alloys with large amounts of tin and lead, i.e., leaded bronzes. This study demonstrates Old World smelted alloys were traded across the Bering Strait into the New World Arctic several hundred years before sustained contact with Europeans.

About the Journal of Archeological Science

The Journal of Archaeological Science is aimed at archaeologists and scientists with particular interests in advancing the development and application of scientific techniques and methodologies to all areas of archaeology. This established monthly journal publishes original research papers and major review articles, of wide archaeological significance. The journal provides an international forum for archaeologists and scientists from widely different scientific backgrounds who share a common interest in developing and applying scientific methods to inform major debates through improving the quality and reliability of scientific information derived from archaeological research.