Allison Godwin, Ph.D. is an Assistant Professor of Engineering Education at Purdue University. Her research focuses what factors influence diverse students to choose engineering and stay in engineering through their careers and how different experiences within the practice and culture of engineering foster or hinder belongingness and identity development. Read More

Dr. Godwin graduated from Clemson University with a B.S. in Chemical Engineering and Ph.D. in Engineering and Science Education. Her research earned her a National Science Foundation CAREER Award focused on characterizing latent diversity, which includes diverse attitudes, mindsets, and approaches to learning, to understand engineering students’ identity development. She is the recipient of a 2014 American Society for Engineering Education (ASEE) Educational Research and Methods Division Apprentice Faculty Grant. She has also been recognized for the synergy of research and teaching as an invited participant of the 2016 National Academy of Engineering Frontiers of Engineering Education Symposium and 2016 New Faculty Fellow for the Frontiers in Engineering Education Annual Conference. She also was an NSF Graduate Research Fellow for her work on female empowerment in engineering which won the National Association for Research in Science Teaching 2015 Outstanding Doctoral Research Award. 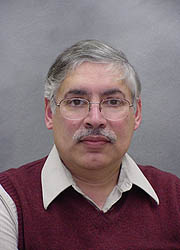 Anil K. Bajaj is Alpha P. Jamison Professor and William E. and Florence E. Perry Head of the School of Mechanical Engineering. He joined the Purdue faculty in January 1981 after completing his Ph.D. studies in Mechanics from the University of Minnesota. He obtained, respectively, Bachelor’s and Master’s degrees in Mechanical Engineering from the Indian Institute of Technology at Kharagpur and at Kanpur. Read More

Dr. Bajaj’s research and teaching interests are in the areas of Linear and Nonlinear Systems, Analytical Dynamics and Modeling of Multibody Systems, Stability of Elastic Systems, Bifurcations and Chaos in Mechanical Systems, Nonlinear Stability in Fluids and Fluid-Structure Interactions, Dynamics of Seat-occupant Systems, Modeling of Viscoelastic Properties of Foam, and Design of Nonlinear Resonant MEMS. He is a Fellow of the ASME. He has received many Purdue University (“Provost’s Award for Outstanding Graduate Mentors”, Purdue Graduate School, 2006) and College of Engineering (“Mentorship” Award, Faculty Excellence; “Team” Award, Faculty Excellence, 2009) awards. He has published more than 200 archival journal and conference proceedings papers, and has advised (or co-advised) 19 M.S. and 22 Ph.D. students. Dr. Bajaj served as a Contributing Editor of the journal Nonlinear Dynamics 2015. 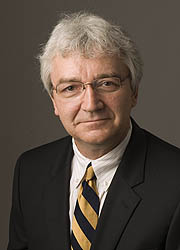 Prior to her new role at Purdue University, Dr. Riley was Professor and Interim Head in the Department of Engineering Education at Virginia Tech. From 2013-2015, she served as Program Director for Engineering Education at the National Science Foundation (NSF). Riley spent thirteen years as a founding faculty member of the Picker Engineering Program at Smith College, the first engineering program at a U.S. women’s college.In 2005, she received a NSF CAREER award on implementing and assessing pedagogies of liberation in engineering classrooms.Read More

Riley is the author of two books, Engineering and Social Justice and Engineering Thermodynamics and 21st Century Energy Problems, both published by Morgan and Claypool. Riley served a two-year term as Deputy Editor of the Journal of Engineering Education (2012-2014), rotated through the leadership of the Liberal Education/Engineering and Society (LEES) Division of the American Society for Engineering Education (ASEE) (2007-2011), and currently serves on the ASEE Diversity Committee. She is the recipient of the 2016 Alfred N. Goldsmith Award from the IEEE Professional Communications Society, the 2012 Sterling Olmsted Award from ASEE, the 2010 Educator of the Year award from the National Organization of Gay and Lesbian Scientists and Technical Professionals (NOGLSTP), and the 2006 Benjamin Dasher Award from Frontiers in Education. Riley earned a B.S.E. in chemical engineering from Princeton University and a Ph.D. from Carnegie Mellon University in Engineering and Public Policy. She is a fellow of the American Society for Engineering Education.

He currently serves as a member of the editorial boards of College Teaching and Accountability in Research. He is a Carnegie Scholar and an IEEE Fellow. Professor Loui was Associate Dean of the Graduate College at Illinois from 1996 to 2000. He directed the theory of computing program at the National Science Foundation from 1990 to 1991. He earned the Ph.D. at M.I.T. in 1980.