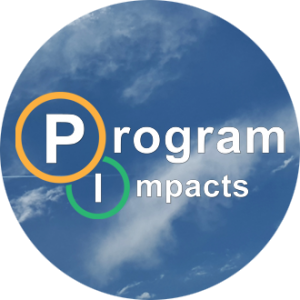 Although not a large industry in the state, existing and potential aquaculture producers
look to Purdue for information to assist with improving their operations and getting started.
Additionally, the industry as a whole relies on Purdue to look out for their interests on a state, regional and national level, Purdue Extension-Forestry & Natural Resources Aquaculture & Aquatic resources.

What Has Been Done:

Aside from the activities described in other sections of the report, Bob Rode attended four meeting of import to the industry. Two of the meetings were the semi-annual meetings of the Indiana Aquaculture Association which is the commodity group of fish and shrimp producers in the state. At one meeting he gave an update on activities at the Purdue Aquaculture Research Lab and at the second acted as facilitator for the meeting. He also attended a me 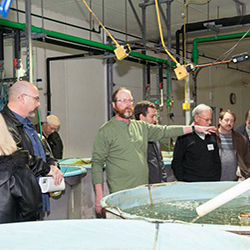 eting held by the Indiana Department of Agriculture (ISDA) at the Indiana State Fair to develop an advisory/stakeholder group, involving all the various groups interacting with the industry. All the participants are interested in the success of the industry and the main priority of the group is to see if the industry can find an executive director to work on behalf of the industry with government agencies. Lastly, Bob was able to attend the National Roundtable for Sustainable Aquaculture Workshop held in Indianapolis which is working toward constructing a framework of protocols for the sustainable production of aquaculture products in the US. Bob was able to give perspectives of concern to the producers here.

Bob is also a representative on the Research committee of the North Central Regional Aquaculture Center (NCRAC). This position gives the opportunity to make sure issues of importance to Indiana producers are considered during deliberation on research and extension activities in the region.

Working with the Indiana Aquaculture Association (IAA) has led to two upcoming activities for 2016. IAA is a joint sponsor with us hosting a marine shrimp workshop for new and existing producers in February. Additionally, members of IAA with Kwamena and Bob have formed a marketing committee to look at how producers can more effectively market their products to restaurants based on feedback from the Culinary tours. This group is concentrating on processing techniques for small scale farmers to open that market.