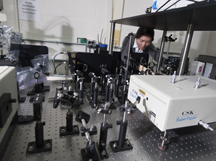 Mechanical engineering doctoral student Wenqian Hu, who graduated this fall, works on a complex optical setup that is part of research at Purdue University to uncover details about the behavior of ultrafast laser pulses. The technology may have new applications in manufacturing, diagnostics and other research. (Purdue University photo/Mark Simons)

WEST LAFAYETTE, Ind. – Engineers have discovered details about the behavior of ultrafast laser pulses that may lead to new applications in manufacturing, diagnostics and other research.

Ultrafast laser pulses are used to create features and surface textures in metals, ceramics and other materials for applications including the manufacture of solar cells and biosensors. The lasers pulse at durations of 100 femtoseconds, or quadrillionths of a second, and cause electrons to reach temperatures greater than 60,000 degrees Celsius during the pulse duration. The pulses create precise patterns in a process called "cold ablation," which turns material into a plasma of charged particles.

Images taken with a high-speed camera show tiny mushroom clouds eerily similar in appearance to those created in a nuclear explosion. The clouds expand outward at speeds of 100 to 1,000 times the speed of sound within less than one nanosecond. However, new findings reveal that an earlier cloud forms immediately before the mushroom cloud, and this early plasma interferes with the laser pulses, hindering performance, said Yung Shin, a professor of mechanical engineering and director of Purdue University's Center for Laser-Based Manufacturing. 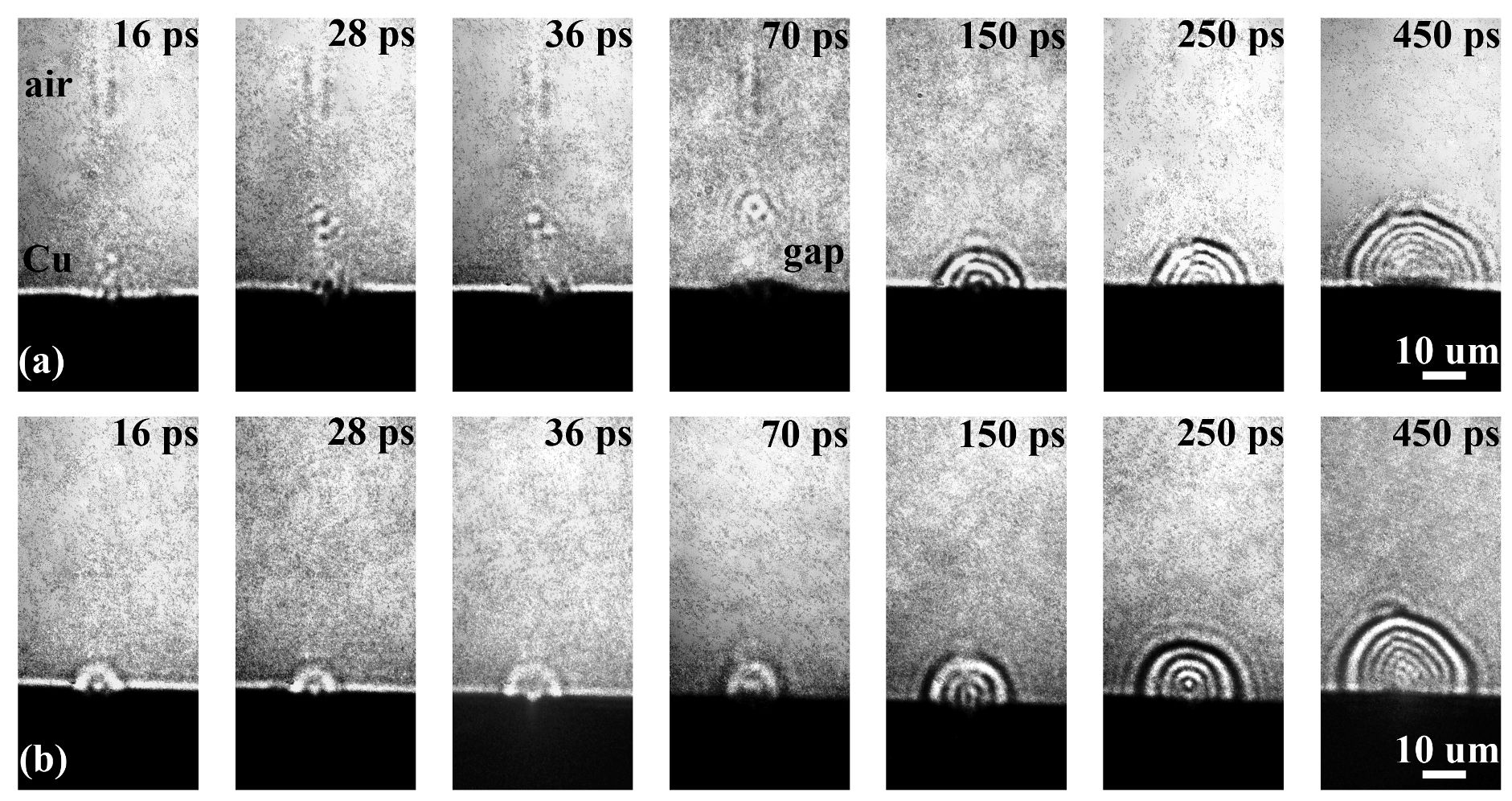 This series of high-speed images shows how plasma expands when material is exposed to ultrafast laser pulses. Purdue researchers have discovered details that could help to harness the technology for applications in manufacturing, diagnostics and research. (Yung Shin, Purdue University School of Mechanical Engineering)

Finding a way to eliminate the interference caused by the early plasma could open up new applications in manufacturing, materials and chemical processing, machining and advanced sensors to monitor composition, and chemical and atomic reactions on an unprecedented scale, he said.

Researchers used experiments and simulations to study the phenomenon. Research papers about the work were published online Dec. 6 in Applied Physics Letters and in September in the journal Physics of Plasmas. The papers were written by doctoral student Wenqian Hu, Shin and mechanical engineering professor Galen King.

"We found the formation of early plasma has very significant bearing on the use of ultrashort pulse lasers because it partially blocks the laser beam," Shin said. "The early plasma changes the optical properties of air, but the mechanism is still largely unknown."

The researchers studied the early plasma by tracking the movement of millions of individual atoms in the plasma; observing how the laser beam travels in space and interacts with plasma; and using a "laser pump probe shadowgraph," a technique in which one laser ablates a material, producing the early plasma, and a second laser fired perpendicular to the first is used to study the cloud. A series of optical elements and mirrors is used in the shadowgraph technique.

The research has been funded by the National Science Foundation.

Note to Journalists: An electronic copy of the research paper is available from Emil Venere, Purdue News Service, at 765-494-4709, venere@purdue.edu

In this study, the early-stage plasma evolution generated by an ultrashort laser pulse is investigated through pump-probe shadowgraph measurements and simulations. The measurements are performed to show the evolution of the plasma front, while the simulation model is used to further investigate the evolution process and mechanism. Specifically, the laser pulse propagation in air is simulated using the beam propagation method with the slowly varying envelope approximation. The lattice dynamics, the electron dynamics and the multi-scattering event, and the evolution of charged particles (free electrons and ions), are simulated using a molecular dynamics method, a Monte Carlo method, and a particle-in-cell method, respectively. With this simulation model, the refractive index and plasma evolutions are calculated and compared with measured results to validate the simulation model. Different plasma expansion processes, caused by the air ionization, are found with the focal point slightly above and below the target. Air ionization occurs in both cases, but their primary mechanisms are shown to be different. VC 2011 American Institute of Physics.