A western lowland gorilla crosses a stream through a marshy clearing in the Dzanga-Sangha Dense Forest Reserve in the Central African Republic. Melissa Remis, a Purdue anthropology professor who studies these gorillas, is collaborating with Rebecca Hardin, an associate professor of cultural anthropology at the University of Michigan's School of Natural Resources, to better understand issues that affect this protected reserve. The researchers advocate that understanding human cultures is key to preserving gorillas, elephants and other wildlife in African parks and reserves. (Photo provided)

WEST LAFAYETTE, Ind. - Understanding local human cultures is key to preserving gorillas, elephants and other wildlife in African parks and reserves, according to new research from Purdue University.

"Conservation efforts and the management of protected areas are often designed with the best intentions, but sometimes supporting scientific data is missing or incorrect assumptions are made about a local culture or even the outsiders or trade that plays a role in the area," said Melissa Remis, a professor of anthropology who studies gorillas. "Conservation isn't just about protecting wildlife, you also need to consider the human dimension such as how local hunting technologies or even migration can change how land is used."

Remis, a biological anthropologist, and Rebecca Hardin, an associate professor of cultural anthropology at the University of Michigan's School of Natural Resources, focused on issues specific to animal species, forest fragmentation, ecotourism, local culture and industry in the Dzanga-Sangha Dense Forest Reserve in the Central African Republic. The forest is known for western lowland gorillas and a clearing that attracts up to 100 elephants at a time. The reserve is a multi-use zone that was created in 1991 and includes areas designated for research, tourism, local hunting, safari hunting and logging. Bayanga is the local town with a population of 5,000.

Local communities may see wildlife, such as elephants, as a problem if they damage their crops. Other groups may resent saving local wildlife when they are struggling to feed their families and could use the protected species as a food source. These attitudes also can vary between ethnic groups, such as the local BaAka who have lived with the gorillas and elephants for years and the migrants who have more recently moved to the area because of jobs in logging or conservation.

"Better integration of basic research in the ecological and social domains would really improve conservation strategies and outcomes, but it also would improve goodwill for the communities that often feel resentment toward protecting wildlife," Remis said. 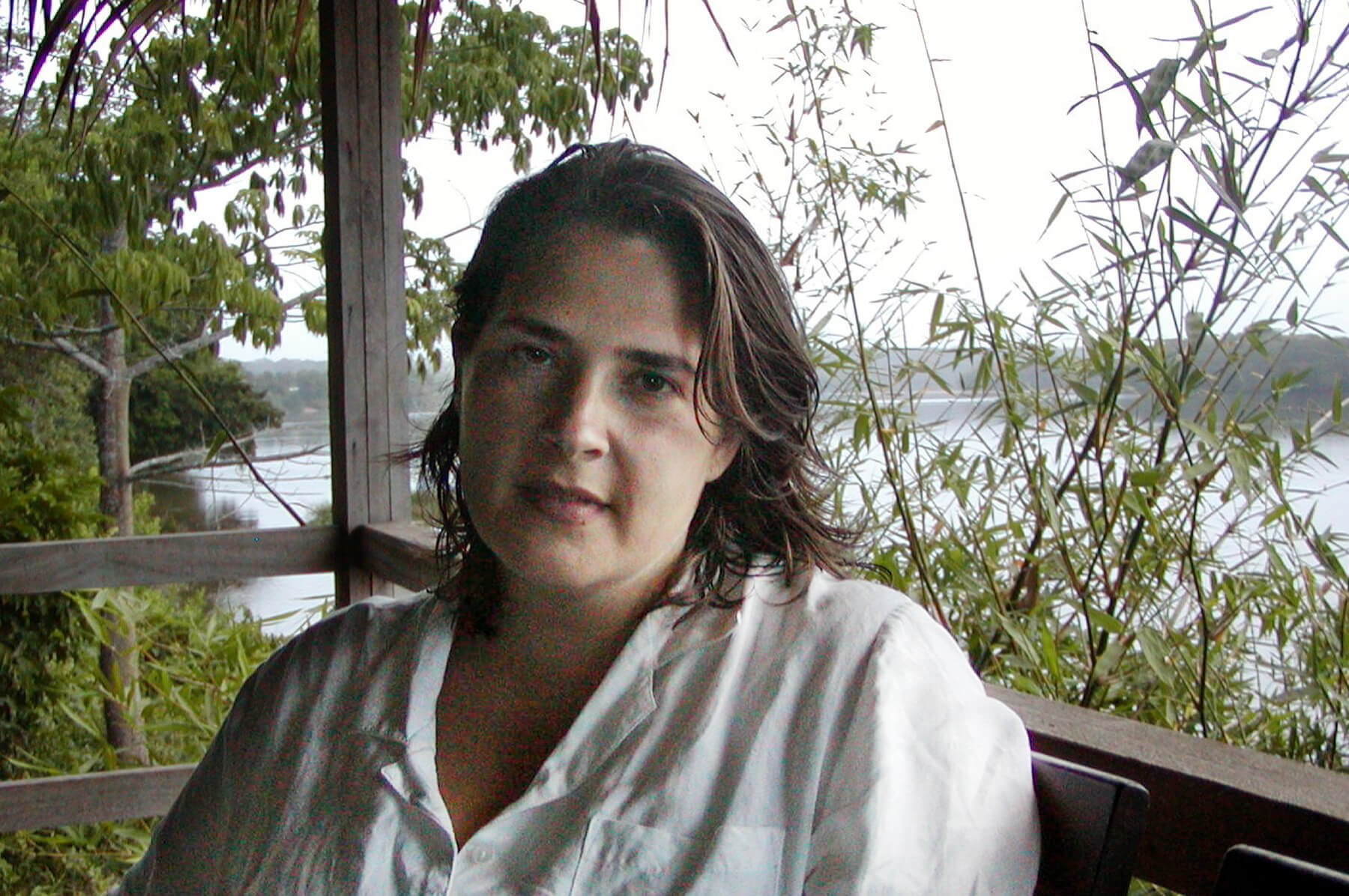 Melissa Remis, a Purdue anthropology professor who studies gorillas in the Dzanga-Sangha Dense Forest Reserve in the Central African Republic, is collaborating with Rebecca Hardin, an associate professor of cultural anthropology at the University of Michigan's School of Natural Resources. The researchers advocate that understanding human cultures is key to preserving wildlife in African parks and reserves. (Photo provided)

For example, researchers found that selective logging opens light gaps in the forest that result in new herbaceous vegetation growth. This food source helps sustain the local antelope, which are called duikers. These antelope, whose populations are declining, are the primary food source for most people in the area, and some local residents have been hunting gorillas as a substitute as for duiker. A stable duiker population would help take the hunting pressure off the protected species, Remis said.

"This is an example where logging at certain low levels could actually help people sustain higher yields for hunting," she said. "Again, this is where science would help with land management."

Remis and Hardin have studied the cultures and the animals, specifically elephants and gorillas, in this area since the 1990s. In addition to regular animal censuses, the researchers interviewed park guards, tourists, local residents and others. Findings from this research, which includes data up to 2005, appeared in last month's Conservation Biology. The research team also is evaluating additional data from 2005 to 2008. These recent animal censuses show that the local gorilla and elephant populations are declining even in the heart of the protected area.

"This research reinforces the value of biological and cultural anthropologists working together," Remis said. "We devised a framework for transvaluation of wildlife species, which means the valuing of animals based on their ecological, economic and symbolic roles in human lives. Transvaluation provides insights that can be successfully integrated into more adaptive conservation policies. It demonstrates a way to marshal local and transnational support for conservation as it emphasizes that both local communities and international ones value these species for their magnificence, beyond their economic importance. These animals are the subject of local as well as international folktales and legends, and their extinction would have impacts in and beyond local communities. What would it be like for our children to grow up in a world without gorillas or elephants?

"Through interviews with local residents and workers, we have a better understanding of how change, such as local economies and hunting technologies, affects conservation. This collaboration is helping us better understand how animals and humans are responding to each other."

The Dzanga-Sangha Dense Forest Reserve was created in 1991 as an integrated conservation and development project by the Central African Republic government and World Wildlife Fund.

This research was supported by the National Geographic Society, Purdue University, the University of Michigan, the Harvard Academy for International and Area Studies, and World Wildlife Fund.

Transvalued Species in an African Forest

We combined ethnographic investigations with repeated ecological transect surveys in the Dzanga-Sangha Dense Forest Reserve (RDS), Central African Republic, to elucidate consequences of intensifying mixed use of forests. We devised a framework for transvaluation of wildlife species, which means the valuing of species on the basis of their ecological, economic, and symbolic roles in human lives. We measured responses to hunting, tourism, and conservation of two transvalued species in RDS: elephants (Loxodonta cyclotis) and gorillas (Gorilla gorilla). Our methods included collecting data on encounter rates and habitat use on line transects. We recorded cross-cultural variation in ideas about and interactions with these species during participant observation of hunting and tourism encounters and ethnographic interviews with hunters, conservation staff, researchers and tourists. Ecologically, gorillas used human-modified landscapes successfully, and elephants were more vulnerable than gorillas to hunting. Economically, tourism and encounters with elephants and gorillas generated revenues and other benefits for local participants. Symbolically, transvaluation of species seemed to undergird competing institutions of forest management that could prove unsustainable. Nevertheless, transvaluation may also offer alternatives to existing social hierarchies, thereby integrating local and transnational support for conservation measures. The study of transvaluation requires attention to transnational flows of ideas and resources because they influence transpecies interactions. Cross-disciplinary in nature, transvaluation of species addresses the political and economic challenges to conservation because it recognizes the varied human communities that shape the survival of wildlife in a given site. Transvaluation of species could foster more socially inclusive management and monitoring approaches attuned to competing economic demands, specific species behaviors, and human practices at local scales.