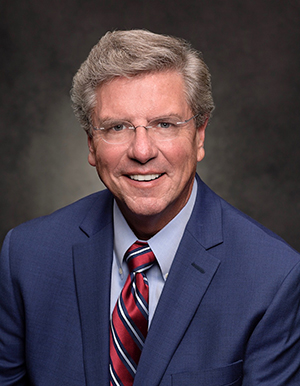 Purdue President Mitch Daniels said Hasler combines a unique depth of experience as an innovative leader in higher education with a breadth of business expertise and understanding of economic development and entrepreneurship — essential ingredients necessary to forge key relationships and strong industry partnerships that will expand Purdue University in Indianapolis and equip the next generation of Boilermakers for successful tech careers in the Circle City.

“Once again, Dan has agreed to restart his Purdue career in guiding one of the most important efforts in our university’s 153-year history: launching Purdue University in Indianapolis,” Daniels said. “Dan knows Purdue and he knows Indianapolis, both intimately. He understands the Boilermaker story and the significant role we play as the state’s land-grant university. We are in excellent hands with Dan on the team for advancing the mission of Purdue University in Indianapolis, accelerating our state’s STEM talent pipeline and setting the stage for Indianapolis to become a top-10 technology hub.”

Purdue and Indiana University announced plans in August to transform 52-year-old Indiana University-Purdue University Indianapolis — a joint venture between Purdue and IU known as IUPUI — into separate academic organizations, with each governing its own programs. Purdue will extend its West Lafayette flagship operations through a next-generation metro campus in Indianapolis that leverages its academic strengths and research portfolio while broadening its collaborative efforts.

About 5,100 students currently are pursuing Purdue degrees in Indianapolis. An estimated 86% of these graduates will take their first jobs in Indiana, making an important contribution to the state’s 21st-century economy.

“Purdue’s reputation has never been stronger,” Hasler said. “People nationwide understand and appreciate the value and capabilities of our world-class institution. We can leverage that awareness with our strong alumni and industry partners to catapult our presence in Indianapolis to another level.”

In establishing a new vision for its Indianapolis campus, Purdue will focus on growing engineering, technology and computer science enrollments in Indianapolis while creating exciting opportunities for current West Lafayette students to “study away” in Indianapolis and pursue internship and cooperative work opportunities with companies in that city.

Purdue anticipates increasing today’s Indianapolis enrollment by more than 1,000 students, housing many together in what would be a new residential building near their academic buildings. In addition, Purdue will explore opening a branch of its Purdue Applied Research Institute as part of the initiative.

Hasler’s primary role will be coordinating activities of the various working groups assisting with Purdue University in Indianapolis while also:

Hasler arrived at Purdue in 2013 as president and chief entrepreneurial officer for Purdue Research Foundation, quickly moving to restructure its technology commercialization processes. The result of Hasler’s five years leading PRF: record numbers of patents and licensing deals based on ever-expanding Purdue research. Additionally, Hasler established programs and policies to ease commercialization and startup creation through several avenues, including Purdue Foundry, Purdue Startup Fund and an Express License for faculty and staff entrepreneurs with preset terms.

He subsequently led Purdue’s yearlong 150th-anniversary celebration initiative as Purdue’s executive vice president for communications, overseeing marketing strategy, strategic communications, media relations, advertising, licensing and digital marketing in collaboration with colleges and units across the university system. As head of marketing from 2018 through early 2020, Hasler began the rebuild of an organization that, in November 2020, was named the American Marketing Association’s Higher Education Marketing Team of the Year.

Hasler was appointed by then-Gov. Daniels in 2011 as chief executive of the Indiana Economic Development Corp., also serving as Indiana’s secretary of commerce. In his first year guiding the IEDC, Hasler attracted a record-breaking 254 companies to Indiana in 2012.

During his extensive 31-year career at Lilly, the Fortune 500 global pharmaceutical company based in Indianapolis, Hasler served in a number of leadership positions. After retiring from Lilly in 2010, Hasler received the Lilly Lifetime Achievement Award.

Hasler also is founder and president of Hasler Ventures LLC, a company working to advance groundbreaking technologies by moving them to the public through industry collaborations.

A native of Paris, Illinois, Hasler is a graduate of DePauw University and has an MBA from Duke University. In 2019 he received the Robert C. McDermond Medal for Excellence in Entrepreneurship from DePauw.