WEST LAFAYETTE, Ind. — Solving the seemingly unsolvable in the realms of math and science is what propels the research conducted by three distinguished Purdue students and guides their academic accomplishments in STEM.

Ethan Brady, Colton Griffin and Arianna Meenakshi McNamara have been named 2022 Goldwater Scholars, the nation’s premier scholarship for undergraduates in the natural sciences, engineering and mathematics. All three students are in the College of Science, and Brady and Griffin also are part of the John Martinson Honors College.

The honors come from the Barry Goldwater Scholarship and Excellence in Education Foundation, established by Congress in 1986 as a highly coveted award offering up to $7,500 toward tuition and fees to sophomores and juniors. The goal of the Goldwater Scholarship is to provide a continuing source of highly qualified scientists, mathematicians and engineers wishing to pursue research careers in these fields. 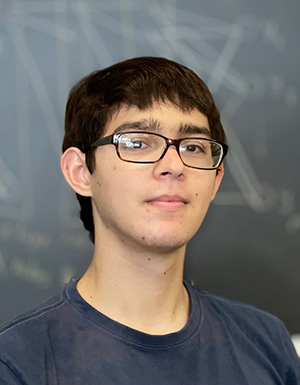 From Oak Ridge, Tennessee, Brady is a junior in the College of Science and the Honors College pursuing a major in mathematics, and computer science and mathematics honors.

An extraordinary student with an ability to lead and mentor others in undergraduate research, Brady has found opportunities to build on his accomplished foundation. He first realized his interest in mathematics research in a high school computer science club and summer math camp.

“Research scientists ran my high school computer science club and guest-lectured in my senior-year research class,” Brady says. “I knew math camp was unique when we spontaneously started an interesting math problem, solved it over dinner and proved uniqueness that evening.”

He hopes to pursue a Ph.D. in applied mathematics. He aspires to investigate unsolved theoretical problems that have a direct application in the sciences.

Brady nurtured his mathematics abilities in high school and brought them to a higher level during his Purdue undergraduate work with a desire to explore challenges and find new insights.

“It is difficult to keep in mind in mathematical conversations that he is an undergraduate,” says Uli Walther, a professor of mathematics at Purdue and Brady’s academic mentor. “Ethan is very clearly invested in his goals. He is an excellent student overall with a modest, witty and self-critical personality.”

In addition to his scholarship, Brady has been involved with the Winterization service project since his freshman year. He helped organize 1,600 volunteers this year to rake leaves at 320 local homes.

Brady was recognized as a 2021 Purdue Outstanding Sophomore in the Department of Mathematics and earned the 2019 Purdue Trustees scholarship. He was a 2019 National Merit Scholar and was named a National Hispanic Scholar. 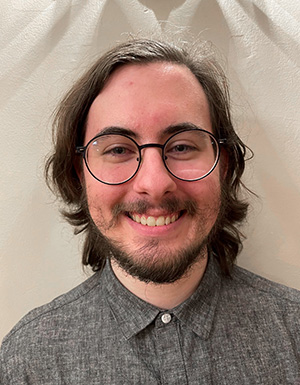 Colton Griffin is a junior from Indianapolis in the College of Science and the Honors College pursuing degrees in physics honors and mathematics honors.

Griffin plans to pursue a Ph.D. in mathematical physics and conduct research in quantum information theory and quantum algebra.

Though his future involves heavy research, Griffin is already well versed in its rigor as an undergraduate.

“At such an early stage of his education, Griffin has already developed an exceptional capability to perform research,” says Shawn Cui, an assistant professor of mathematics and physics at Purdue. “In less than half a year, he produced enough important results for us to write a research paper that incorporates these results.”

“My intense special interests and hyper-focusing in mathematics and physics is both important to me for my mental well-being and beneficial for my studies,” Griffin says. “I have learned its impact on the way I perceive and interact with the world.”

Griffin uses his mathematics and physics gifts to lead and mentor other science enthusiasts. He serves as the president of the Purdue Society of Physics Students and as a volunteer at Saturday Morning Astrophysics. 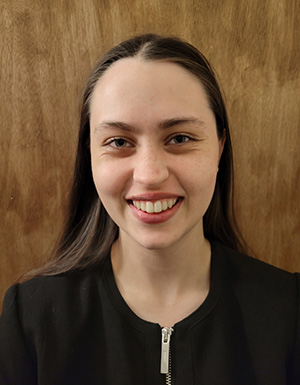 From New Salisbury, Indiana, Arianna Meenakshi McNamara is a sophomore in the College of Science majoring in physics honors and mathematics honors. She plans to pursue a Ph.D. in theoretical physics and hopes to conduct research in quantum gravity.

From a homeschool background, McNamara acquired beneficial skills that have carried over to undergraduate work.

“I took ownership over my learning from a young age, which has greatly aided me in college — especially during COVID — with the less-directed online formats,” McNamara says.

Though working independently is a skill she’s had from the beginning, she also is embracing and thriving in group work. “Although new to me, I am enjoying the collaborative nature of college through both coursework and research.”

McNamara joined a research group as a freshman and hasn’t looked back. Her interest in research has led to her group contributing to the Journal of Modern Physics Letters A. Of this accomplishment, she says: “It is extremely fulfilling to have my work available for the benefit of other researchers.”

Currently, she is working on phenomenology for a potential fifth force and connections to axions.

Her research work is confirmed by Ephraim Fischbach, professor of physics at Purdue.

“She often surprises us with the depth of her insights into whatever aspect of the axion problem that we happen to be dealing with at the moment,” he says.

McNamara is active in the Purdue Math Club. She has been instrumental in organizing the Intercollegiate Math Club social, professor talks, problem-solving sessions and movie nights.

She was a 2020 National Merit Scholar, 2021 Outstanding Freshman in Physics, and was awarded merit scholarships from each of Purdue’s mathematics and physics and astronomy departments.

About The National and International Scholarships Office

The National and International Scholarships Office is a part of the John Martinson Honors College and coordinates the process of applying for scholarships and grants that require a university nomination. Purdue students applying for prestigious awards such as the Goldwater Scholarship receive support and guidance through this office.

Purdue University is a top public research institution developing practical solutions to today’s toughest challenges. Ranked in each of the last four years as one of the 10 Most Innovative universities in the United States by U.S. News & World Report, Purdue delivers world-changing research and out-of-this-world discovery. Committed to hands-on and online, real-world learning, Purdue offers a transformative education to all. Committed to affordability and accessibility, Purdue has frozen tuition and most fees at 2012-13 levels, enabling more students than ever to graduate debt-free. See how Purdue never stops in the persistent pursuit of the next giant leap at https://stories.purdue.edu