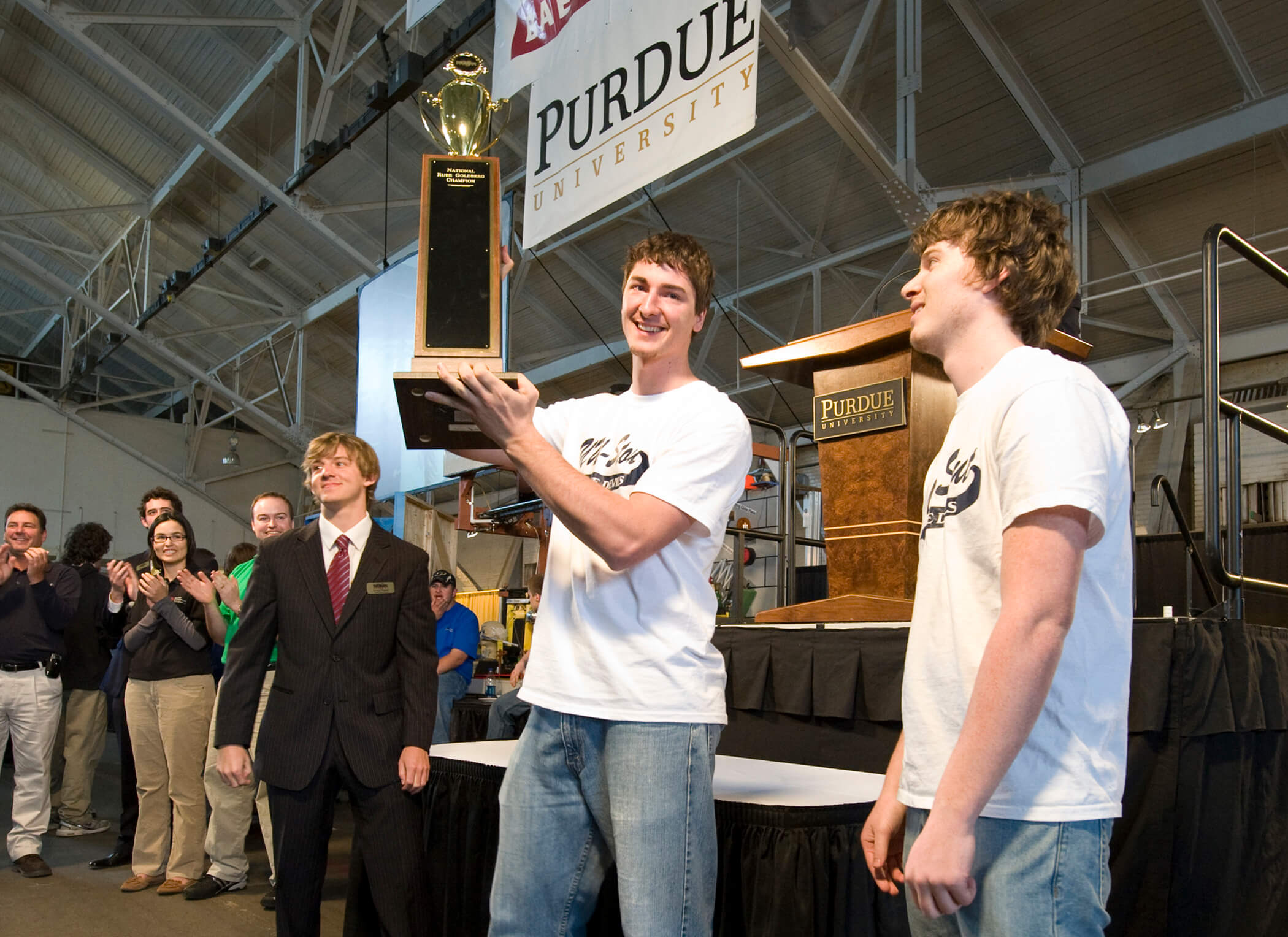 Wisconsin-Stout located in Menomonie, was competing in the national competition for the first time. The team's machine was called "Valley of the Kings" and had an Egyptian theme, telling a tale of events following the death of King Tut.

The Rube Goldberg competition, sponsored by Phi Chapter of Theta Tau fraternity, rewards machines that most effectively combine creativity with inefficiency and complexity.

Machines must use at least 20 steps to complete the task in no more than two minutes. Teams have three tries to complete two runs. Points are deducted if students have to assist the machine once it has started.

The Wisconsin-Stout machine has 120 steps. The team completed two perfect runs with no interventions in about a minute and a half each.

This year is the first time the university has had a Rube Goldberg team. But its co-captains, Andrew Behnke and Ian Billings, competed in a high school Rube Goldberg contest out of their hometown, Loyal, Wis.

The Wisconsin-Stout team came to the national contest after winning a regional at South Dakota School of Mines & Technology. 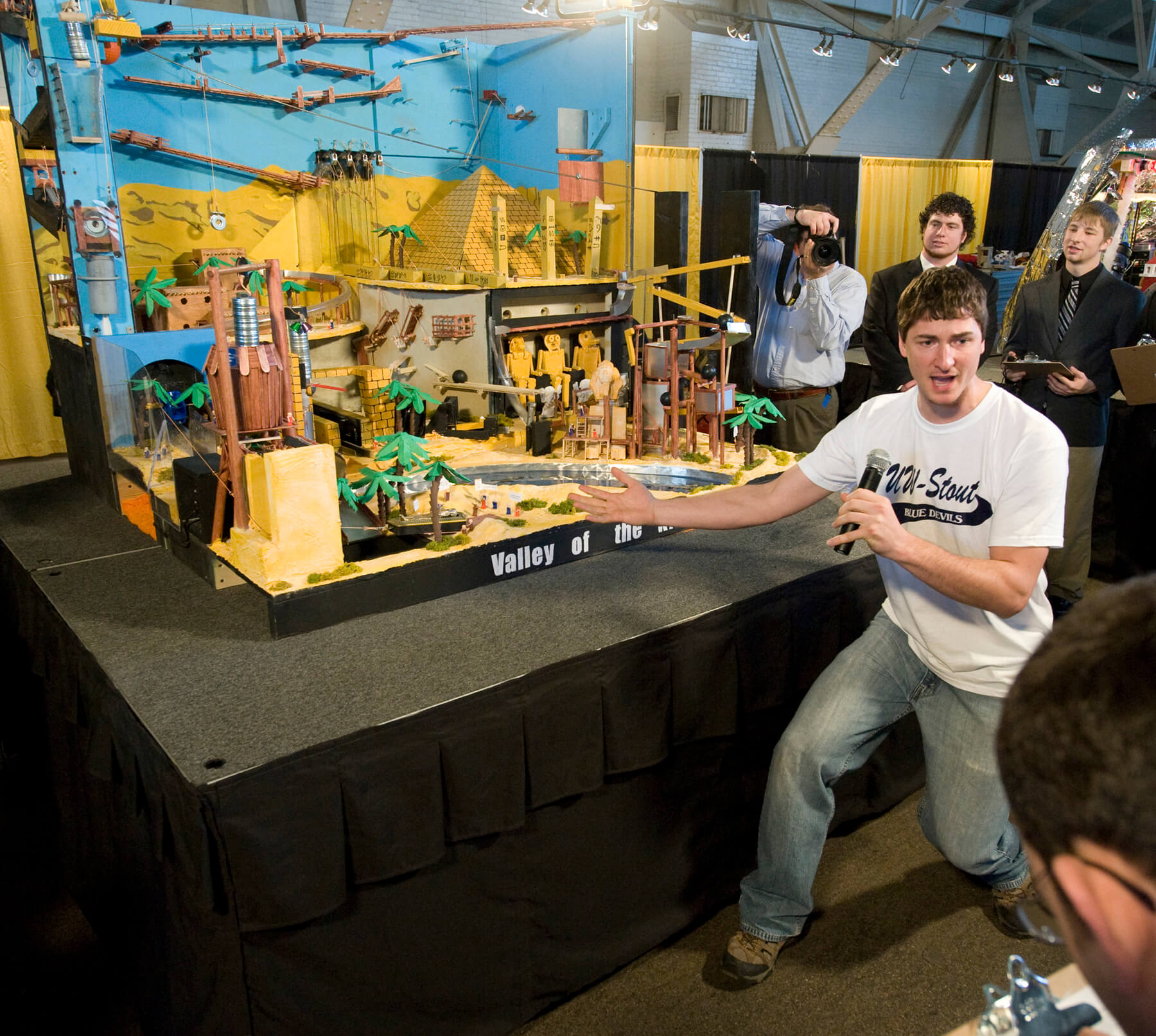 Goldberg specialized in drawing whimsical machines with complex mechanisms to perform simple tasks. He earned a degree in engineering from the University of California, Berkeley, in 1904. He worked as an engineer for the city of San Francisco for less than a year before becoming a sports cartoonist for the San Francisco Chronicle. He received a Pulitzer Prize in 1948 for his political cartoons published by the New York Sun.

The Rube Goldberg Machine Contest dates back to 1949 when it began as a competition between two Purdue fraternities. It was held until 1955, then revived in 1983 and opened to all Purdue students. The first national contest was held in 1988.

Note to Journalists: Broadcast-quality video B-roll and sound bites will be available for download at ftp://news69.uns.purdue.edu/Public/RubeGoldberg/. Specific files free for use include 2010RubeNationalBRoll.mov and 1010RubeNationalBites.mov. Both files will be available in .mpeg format, as well. For more information contact Jim Schenke, Purdue News Service, at jschenke@purdue.edu  or 765-494-6262.