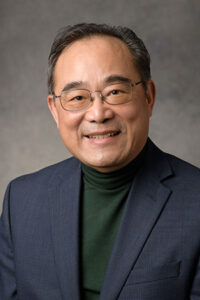 The Society of Toxicology (SOT) has chosen Wei Zheng, a professor of health sciences in Purdue University’s College of Health and Human Sciences, to receive the 2021 SOT Education Award for his significant contributions to education in toxicology and his training of toxicologists for more than 25 years as a researcher and educator. Zheng will be honored during the Virtual 2021 SOT Annual Meeting and ToxExpo, March 12–26, 2021.

Dr. Zheng received his PhD in pharmacology and toxicology from the University of Arizona in 1991, where he also performed his postdoctoral research. His distinguished teaching career in toxicology began with a tenure-track faculty appointment at Columbia University in 1993, where he developed and taught the keystone courses in the toxicology and environmental health sciences programs.

Since joining Purdue University in 2003, Dr. Zheng has taught toxicology, public health, occupational and environmental health, analytic toxicology and pathology, and biochemical toxicology. Notably, he played an indispensable role in building Purdue’s toxicology research and education programs, which had largely gone into hibernation before Dr. Zheng’s recruitment to the university. Dr. Zheng brought to Purdue not only his NIEHS-funded research programs, but also his experience in assisting with the development of environmental health sciences and toxicology programs at Columbia’s Mailman School of Public Health. During his time as the head of the Purdue School of Health Sciences from 2008 to 2017, Dr. Zheng created opportunities for and recruited nine faculty members in the areas of toxicology, epidemiology, environmental and occupational health, health physics, and medical imaging science, building a highly interdisciplinary team for research and education in toxicology and environmental health. Dr. Zheng’s research on the transport of metals and their essential and neurotoxic properties on the brain—as well as his mentoring and collaborative efforts in this area—has propelled the School of Health Sciences to take a position as the incubator of metal toxicological research among peer investigators worldwide.

On an individual level, Dr. Zheng has been a key influence on his students’ academic and professional development and success, setting high standards and providing strong encouragement, guidance, and support that have led his students to become qualified researchers, proficient writers, and effective teachers. He has helped his students broaden their interests, career opportunities, and professional networks. Throughout his career in academia, Dr. Zheng has mentored 23 graduate students in his own lab and has participated, as the graduate committee member, in another 45 graduate students’ training in toxicology. In addition, he has mentored a total of 33 postdoctoral fellows, visiting scholars, and senior researchers in his lab.

Since 2003, Dr. Zheng also has inspired more than 3,500 undergraduate students enrolled in his freshman health science course, building their awareness of environmental health and toxicological issues and contributing to pertinent career development in the private and public health science fields. He also has mentored 28 undergraduate students in his neurotoxicology lab; many of these students have presented their research in local, national, and international conferences, and six five of them have earned co-authorship in internationally acclaimed research journals. In addition, Dr. Zheng actively contributes to students’ extracurricular activities by serving as the faculty advisor for several student organizations.

An SOT member since 1995, Dr. Zheng has represented Purdue’s School of Health Sciences by participating in undergraduate and diversity activities during several SOT annual meetings. He also has served as a Co-Chair of SOT Annual Meeting Scientific Sessions and Continuing Education courses nearly every year since 1999.