Dexterity is motor wisdom: the organization and application of a lifetime of experience in movement. It is the highest achievement of the motor system, and it consists in the judicious use of strength, coordination, sensation, and attention to execute demanding motor tasks. Naturally, dexterity is also highly susceptible to systemic disturbances. We all fumble with our keys in cold weather. Manual dexterity is severely hampered in Parkinson’s disease, stroke, and MS, and it also declines with healthy aging starting at age 60 years. This disruption profoundly impacts our ability to perform activities of daily living and it limits our professional lives.

Despite its importance, fundamental understanding of dexterity is lacking. The present work combines ideas from dynamical systems theory, screw theory, impedance control, and the theory of synergies to uncover the control processes that facilitate dexterous switching between tasks under uncertain conditions. We are currently focusing on prehensile behavior and studying tasks that demand a compromise between two contrasting attributes of motor action: stability (e.g., holding a tray of wine glasses) and flexibility (e.g., navigating a crowded dance floor with the tray). We analyze fingertip forces and movement kinematics to test hypotheses regarding action stability for dexterous prehensile tasks.

We are exploring stability modulation in manual force production tasks in response to the degree of expectation of impending movement. Participants produce fingertip forces that are measured by force sensors. They modulate their force and follow a moving force target displayed on the computer screen. 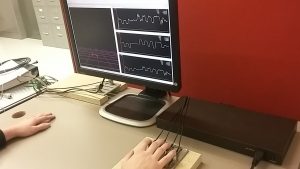 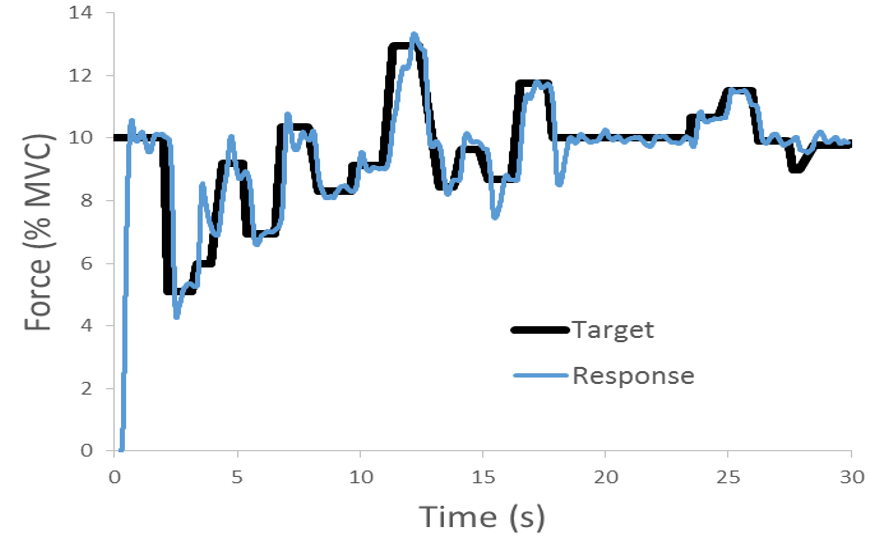 We estimate the stability of the current manual state by analyzing the structure of variability in the finger forces (via the uncontrolled manifold method). Participants lower the stability of their current state when they expect to move in the future. They remain in this state of lowered stability for at least 2-3 seconds. We argue that lowering stability facilitates future movements. However, it also makes the current state susceptible to external disturbances. This strategy may prove counter-productive in risky situations (grasping containers with hot liquids, or other behaviors like upright posture).

We have extended these ideas to prehension. We have observed that the coordination between the digit forces (quantified using recurrence quantification analysis) is altered when participants expect to change the motion of a hand-held object.

This work has been presented at the following venues: 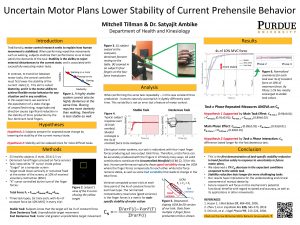 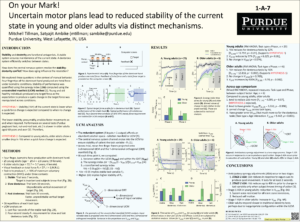 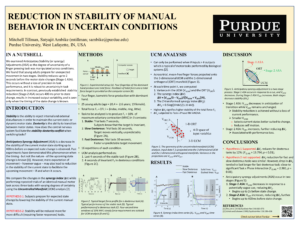