Provided is a solution video for this problem, showing the influence of the Coriolis component of acceleration on the moving reference from observation of the ball. Click here to watch.

As shown in the analysis, a ball pushed directly toward the center of the merry-go-round will appear to have an acceleration to the left. This will produced a perceived curved path of the ball for people riding along on the merry-go-round. 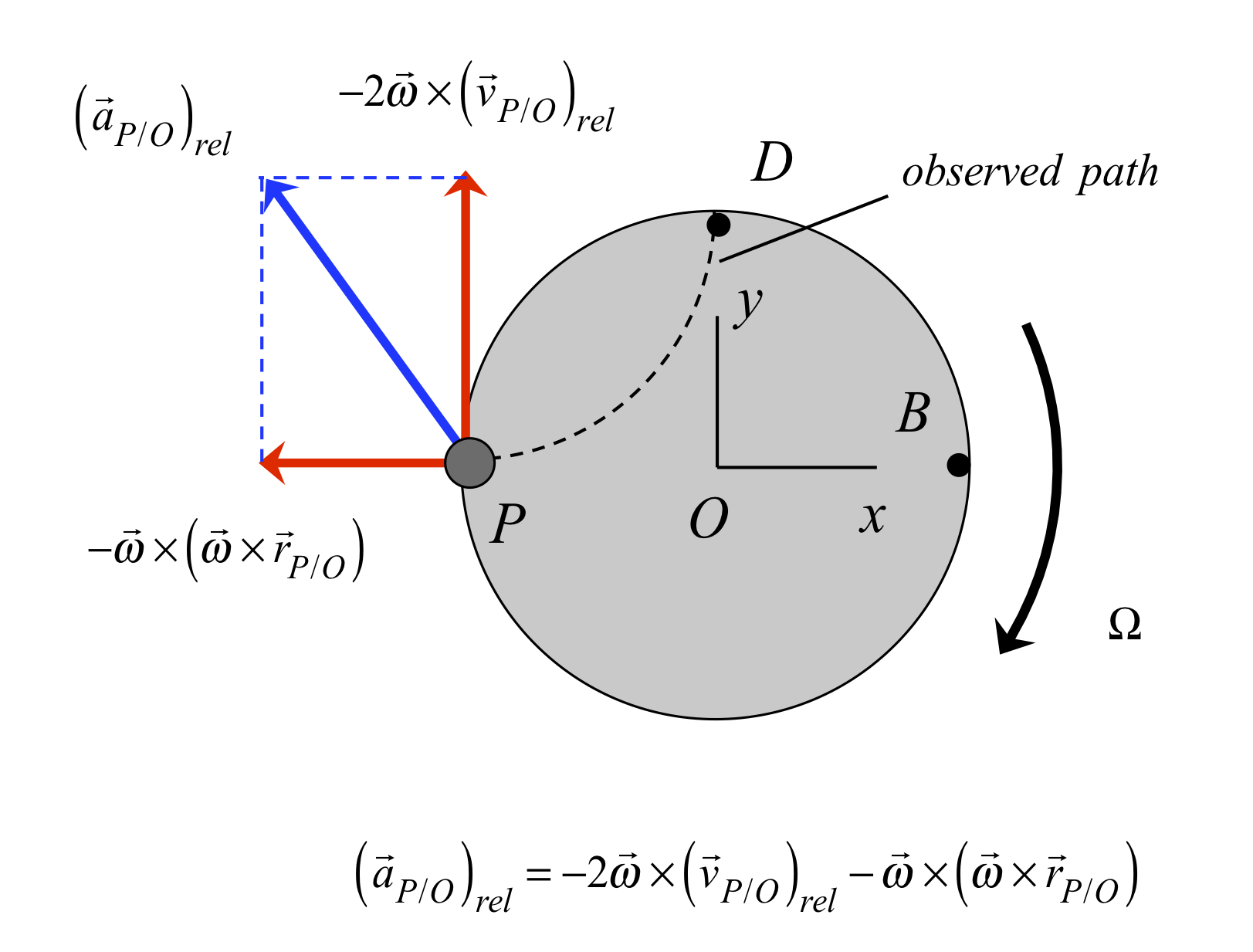 The simulations below allow us to compare and contrast the view of the path of the ball as seen by a stationary observer, with the ball's path as seen by a person riding on the (rotating) reference frame of the merry-go-round. These observations agree with those initially seen by the videos of the children playing.